In this PES 2021 review we are going to find out a little about all the strengths and weaknesses of Konami's new football title, with particular attention to the October 22 update

Football games are always among the most anticipated of the year. The two sides par excellence see a part of the community sided with EA and FIFA and another with Konami and PES. This year, Konami has decided to make an exception to the rule and rather than presenting a new and rebuilt version of its title from scratch it has limited itself to making improvements to the previous title, PES 2020. In this way it has managed to maintain a lower introductory price than the competition. In this review of PES 2021 we will find out the details of this "season update" (as it was called by Konami itself) and, in particular, we will analyze the relative news to the update of 22 October.

October 22, as already mentioned, was a pivotal date, very important for this new PES 2021. It is a date on which it was packaged an update which has made substantial changes to the game. There has been a massive update of what they are the roses and the team jerseys with obvious attention to the licenses obtained by Konami for his game. Furthermore, the title has also been cleaned up a bit graphically as well as better optimized. Another fundamental point concerns the servers, obviously necessary for multiplayer games.

According to the reactions of the community, from day one the servers are results a little dancers, an element that Konami had promised to solve with this update. To get any news about it, it will be necessary to wait for the feedback from the players who, up to now, about ten days from the release of the update have not registered too many complaints, this means that the work done by the software house was quite satisfactory. Let's proceed with our review of PES 2021 by going to offer you a look at what the general gameplay of the title is. 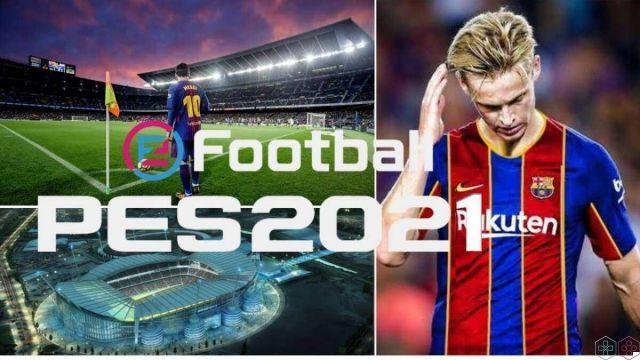 Our eFootball PES 2021 review is important and absolutely necessary that it starts with a clear and concise premise: this is an imperfect game that has numerous flaws. Defects related not only to the technical sector (which we will discuss later) but also to what is the basic playability of the game. The title of our review refers to the arcade genre and the little simulation that this PES 2021 is able to offer. The animations and the movement system of the footballers are absolutely fluctuating, there will be situations in which everything will appear to our eyes, and to our fingers, fluid and precise, other times in which the game will seem to have life of its own.

The mapping of the keys and the combinations required to make good plays are, at first glance, a little too complex and cumbersome but this does not mean that mastering them and learning to master them may also be enjoyable in the long run. These elements reveal all the arcade nature of the title which is therefore able to offer divertissement, especially if played in multiplayer or with a friend locally. A great feature is the relative settings to the attitude of the team that we can modify in real time. In this Konami has managed to do a great job, giving us the impression of really leading our players.

If in this we have full autonomy, this same autonomy or freedom of action is all too often castrated by forcing us to play or to implement actions and plays that we really would not have wanted. The title greatly rewards the ball possession and construction (even unrealistic) of an action, penalizing that one personal solutions that with some players we might enjoy playing. It is also all too easy to identify the weak points of the game, above all the effect shot, practically infallible. 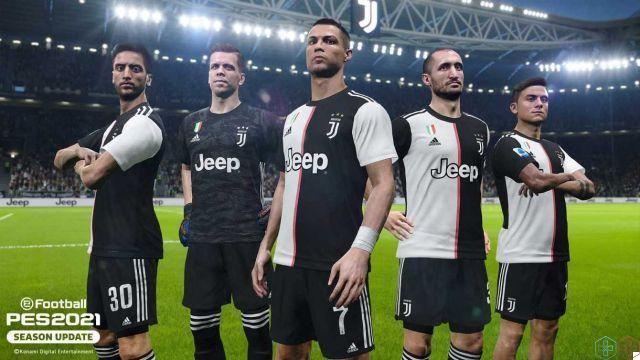 The modalities present in PES 2021 are many and are placed in the wake of those that have been the elements that have characterized the series. We have the classic Master League that fans of the saga now know by heart. Some interesting news, however, has been included, especially aimed at expanding the managerial management of one's team. We could take care of training sessions, press conferences, relationships with our players and so on.

In addition to the possibility of playing the role of the manager, Konami offers us the opportunity to become football stars with the much loved Become a myth. As for, however, the multiplayer returns with arrogance too My Club, already present in PES 2020. Here everything will lead us to confront a multiplayer dimension precisely, with the construction of a winning team. Online we will also be able to face different competitions and different tournaments, organized to always keep the attention of the community high. These modalities offer the right variety to a gameplay that otherwise would risk falling into the flatness and banality of a simple repetition of football matches. 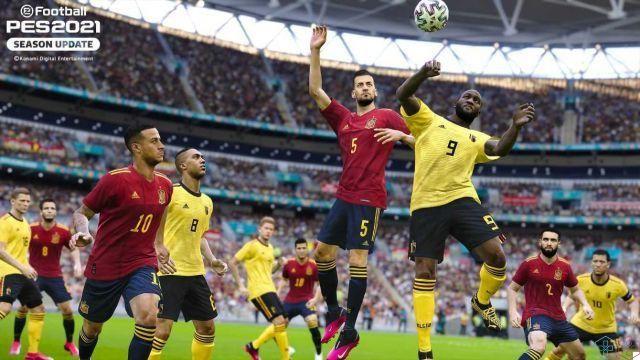 Are we technically there? Nì - eFootball PES 2021 Review

PES 2021, technically speaking, is presented in a sufficient way, nothing absolutely exceptional or even only comparable to its main opponent on the market, or FIFA 21. The game, however, it must be remembered, was presented as an updated version of the previous one. The system, at the level of gameplay and at a technical level, remains almost unchanged. There is a greater graphic cleansing, with sharper colors and more inclined to reality. The models of the players are well made and functional and the animations, even if often too scripted, sometimes manage to be very fluid and harmonious, other times they are decidedly less so, also affecting the fluidity of the gameplay.

The title turns to 30 FPS, which remain stable on the base PS4, the console on which our test was carried out. The overall impact does not make a miracle scream and indeed, if you come from other sports titles, it could be obsolete and out of step with the times. The sounds are well crafted with noisy stadium chants at the right point, as well as match-related noises; that is to say shots to the ball, crossbars, goalposts and so on and so forth. In our opinion, this point should not be underestimated at all. 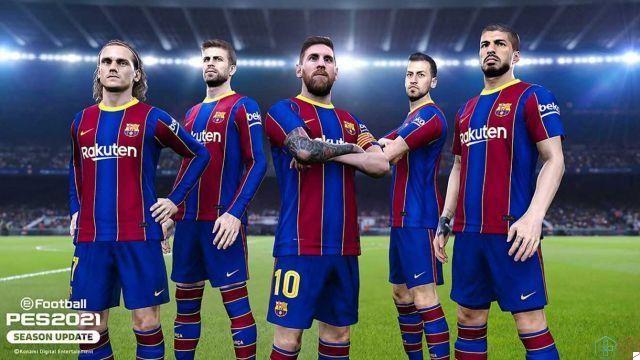 Our PES 2021 review ends here. This new version of Konami's football title has numerous flaws and winks much more to the arcade rather than trying to reproduce a realistic football simulation. This could be an insurmountable flaw for a certain slice of players. For those, on the other hand, who are fond of the saga or are looking for a football title that focuses more on pure fun and that does not get lost in too much chatter and with many modes available, both offline and online, could find in this PES 2021 a game absolutely to try.

Stay up to date on the techigames pages for more news from the gaming world and beyond. Hello, and good football everyone!