Omega Force and Koei Tecmo do not give up: the Dynasty Warriors series continues. Arrived at the ninth interaction, Dynasty Warriors 9 aims to rejuvenate a consolidated formula without losing the basic mechanics of the genre, solid and functional. How did it go? Find out in our review

Dynasty Warriors 9 is already available on PC, PlayStation 4 and Xbox One. Only one version for Nintendo Switch is missing, probably because its development started much earlier that the new hybrid of the Kyoto House was announced. Equally likely, we will never see the latest chapter of the franchise made by Omega Force and Koei Tecmo. Because it's not doing very well. Our review was as honest as possible: Dynasty Warriors 9 is a very ambitious title, perhaps too much, but which continues to offer solid mechanics, capable of making it the best exponent of its kind. However, it has sold almost nothing, not only in Europe, but especially in the East.

They seem like simple numbers, but it is a sobering fact. How does a title like Dynasty Warriors 9 not sell well in the only country in the world that keeps buying mousou (and to ask them) as if they were an indispensable good for living? The developers blamed the release period, which coincides with Monster Hunter World. As if the fault were of a title with completely different mechanics. Much more credible, on the other hand, is the fact that it was Dynasty Warriors 9 that did not convince the public and critics, who remained on a sufficient level of appreciation, but without going further.

For what reason? We're about to find out in our review.

Country you go, mousou you find

Dynasty Warriors 9 is a mousou. You know those titles in which there are few details in the scenario, a protagonist so powerful as to launch sweeps capable of wiping out ten enemies in one shot, mountains and entire scenarios? Here, that's a mousou. Title that certainly is not purchased to enjoy the view or an Oscar-winning narrative sector, but rather to master simple and repetitive mechanics in the best possible way, which somehow manage to become more and more studied with consequent growth in the sense of satisfaction of the player. Omega Force and Koei Tecmo have made several over the years, some even quite recent: One Piece Pirate Warriors, Hyrule Warriors, Fire Emblem Warriors, and so on. But Dynasty Warriors 9 is the most famous of all, because the progenitor of the entire genre.

We are once again in feudal China, which in the second century AD was shattered by Civil War of the Warlords. The goal is the whole country, maybe if you've read the Three Kingdoms novel you already know something about the narrative premises, which in any case have not been altered in any way compared to the other Dynasty Warriors (we're not talking about spin offs of course). The Story Mode of Dynasty Warriors 9 is told in a different way than in the past: first a faction was chosen, and then its events were followed within the various conflicts between lordships. 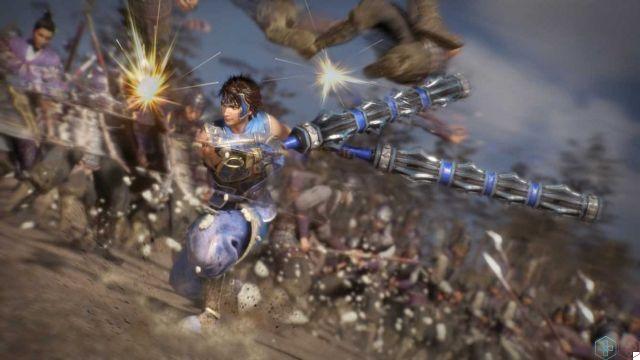 In Dynasty Warriors 9, things are a little different. You always choose a faction, but you don't pay attention to just that one. The narration is choral, as if it were (in fact) a single great novel with several characters. History will require us to consider all the clans, all the dynasties, all the families from time to time, until the conclusion: with a different ending (yes) for each faction with which we have faced the adventure. This considerably increases the number of cutscenes, dialogues and in general the replayability of the title. Without working miracles, but giving at least one reason to pick up a title with the rightly repetitive mechanics until exhaustion. Compared to the past, the numerous interlude videos are also much more accurate, which however do not always manage to completely convince.

With an open world mousou we thought we had seen them all, and at first we approached the production a little skeptically. In reality, the formula proposed by Koei Tecmo, for the first time ever in a title of this type, works quite well. It was a bit of a necessary decision: now all the titles of recent years tend, as if it were a physical law, towards the open world. Thus, Dynasty Warriors 9 abandons its classic Story Mode tiered structure, and throws us into a vast, detailed, inspired and above all freely explorable world. Just as if it were a full-fledged open world: but the limitations of the case are evident, not only in terms of the extent of the map and places, but also in their subdivision. As well as the impossibility of entering too many buildings and areas, which are simply "portrayed" in the landscape. 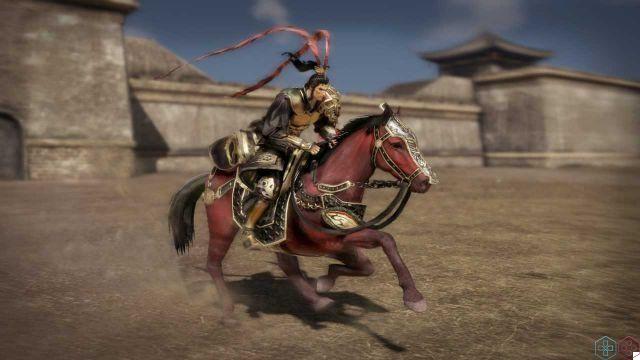 Inside we will find ourselves choosing between main missions (to continue the adventure) or secondary missions, located almost everywhere. Not all are studied in the same way, nor do they have the same level of interest: many are simple variations of others that we have already seen, or they ask us to carry out very simple tasks bordering on real uselessness. During a dynastic conflict we would expect everything except hunting or fishing, but very often these simple missions are not just a filler, but an opportunity to stock up on special materials with which to enhance our heroes and their weapons and armor.

Molto climate rotation is important, because it not only adds an additional element of variety (which always does well in titles like this one) but also brings important conditioning in the battle phases. Attacking with a certain army instead of another can be more or less advantageous, and now we must also take into consideration the particular moment of the day and the climate: if too many malus accumulate, our assault can materialize in a sound defeat.

Dynasty Warriors 9 is a very interesting title, which aspires to be something more. Maybe something too much. Its mechanics are solid, after all it is the progenitor of a seemingly invincible series. But its mixture with more modern game features often leads to choices of dubious effectiveness: not in-depth open world mechanics, completely revised narrative management, secondary missions often without a specific purpose. Let's also add that the technical and graphic sector has stopped a generation ago. However, it remains an enjoyable title for fans of the genre.

7 A good mousou, but it could have been better

Elea Review: Episode 1 - The other side of science fiction ❯

add a comment of Dynasty Warriors 9 review, war and honor in feudal China