dV Giochi is back on track again this autumn 2019, with a series of unmissable board games: here are all the details

"Autumn, come on, it's time to play" says the poet. Or at least it was something similar; anyway, we are going to present you the complete line up of dV Games for the next Autumn 2019. For all newcomers, know that this is a series of board games truly unmissable, all available in the coming weeks. We bring them to you in a handy list, below. And don't forget that a few days ago we also told you about the new Nerf and Hasbro line up.

Decktective - Blood red roses. The title, which contains narrative and deductive elements in a deck of cards, is conceived by the game designers of Deckscape, the “made in Italy” table escape room series distributed all over the world. Decktective's deck of cards guides players through their investigation starting with the most important element in classic detective stories: the crime scene. The players will have to compose a three-dimensional scenography in front of them; careful observation of the crime scene will be a fundamental component for the success of the investigation. The cards contain useful clues and decisive evidence, but also irrelevant information and false leads. As in a real investigation, the sharp deductions of the detectives can be confirmed or refuted by unpredictable implications and twists.

BANG! The Duel – Renegades. Thanks to the new deck of cards, a host of close-knit gunslingers enters the battlefield: the Forsaken faction. The expansion adds green-bordered cards, Resources, or special Equipment that cannot be used in the same turn they were put into play: a must for all BANG! Fans. BANG! The Duel - Renegades introduces four new game modes: two "The third faction" modes (for duels between Forsaken and Law and between Forsaken and Outlaws), a "Reinforcements" mode (in which the cards from the Forsaken deck reinforce the two factions of Law and Outlaw in their “one-on-one” challenge) and a three-player mode (the “Mexican Stall”). 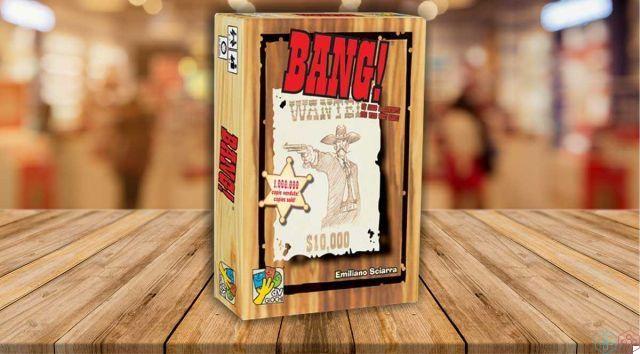 Origami - Leggende. Origami - Legends is the sequel to the Origami card game. It can be used as a standalone game, or it can be combined with the other title in the series. The game contains four new families: polar and exotic animals, dinosaurs and even legendary creatures! As with Origami, also in the Legends edition it is possible to choose the families to your liking. The combination of the two game boxes guarantees exceptional replay value. A set of 20 character cards adds further variety to the game by changing the game rules for all players; if the other version of the character being played is in play, this must be discarded and replaced, while different characters can be in play at the same time.

Penguinramids. Penguinramids by Guido Albini is the winner of the Gioco Inedito 2018/2019 award, the competition for non-professional authors, which is giving away the publication of the winning game, by Lucca Crea and daVinci Editrice. The penguins of Giza put their trust in the construction of the most impressive “penguin” pyramid in Egypt. In this card game you don't need skill or brute strength: the most skilled architect will prevail! Penguinramids will be distributed in the Spanish market by Lucca Comics & Games.

Deckscape - The Curse of the Sphinx. In this new title of the Pocket Escape Room series, set in Egypt, players will need to use their deductive skills, lateral thinking and a good dose of courage to escape the pyramid and escape the clutches of a menacing mummy. The succession of enigmatic objects, mysterious hieroglyphs and unpredictable episodes will keep the "player-tourists" glued to the table, immersing them in a game experience that will leave them in suspense until the last card.


BANG! The Dice Game – Undead or alive. Undead or alive is an expansion for BANG! The Dice Game, which includes 5 new "modules". Each module can be added to the base game alone, or combined with others. Thanks to the expansion, players will be able to replace two dice with Duel ones, for one-on-one fights, and will be able to put 15 Duel Injury tokens into play. The expansion also includes a deck of Rage cards, 8 new characters, and a set of Cemetery cards, all of which could spawn a zombie outbreak!

Stay tuned to the techigames pages to stay updated on the latest tech news and more!

Fantasy football: Google Assistant will be our assistant manager ❯

add a comment of dV Games: all the new titles of autumn 2019