Today finally Dream Alone, the 2D platformer with a very grim storyline, is out. We at techigames have tried it beforehand and this is our review

Although lately the world of games has been changing dramatically with the advent of Battle Royale come Fortnite o Darwin Project, the world of platformers survives e Dream Alone is yet another proof that this genre is not dead yet. Let's see how the game is structured with our review.

Dream Alone: ​​story and setting of the platform | Review

Dream Alone is a 2D platformer with a classic gameplay style, deadly traps, a grim storyline and unique hero abilities. It all starts with a mysterious disease hitting a quiet village. The inhabitants fall into a coma, one after the other. Whole families go into a trance state, similar to death. When his family is affected by this disease, the hero (a child) embarks on a perilous journey to find the legendary sorceress, Lady death, which is said to have powers that can stop or even cure the disease.

Among the various levels that the hero must go through during his adventure are a forest, a cemetery, a battlefield, a ghost town and many more. Almost all levels have their own alternative version of reality, versions that differ slightly but which keep various objects or traps in different areas.

The game follows the standard mechanics of any self-respecting old school platformer. The game is divided into several levels, 21 to be exact, grouped into various worlds. During our journey in search of Lady Death we will meet monsters, dangerous traps and very interesting little "puzzles".


The child that we will play in the course of history will find out how activate special powers that will allow him to continue his journey. Our hero has ben 3 poteri:

Powers, except that of cloning, can be activated only if we first collected the right mana to activate it. The bottles will make us recharge the red one, useful for activating the leap into the alternative reality, while the light plants will make us recharge the blue one, useful for activating the light that will illuminate our path. However these powers must be used only when needed as it will not be possible to always recharge them.

There is no skill tree or statistics, so the bars are and will always remain those. It will therefore not be possible for us to channel more mana over the course of our journey. Plus our hero will not be able to attack enemies and just touching them (as also happens with traps) will lead to certain death. A wrong jump could therefore be fatal for us. Concentration will be an important factor in staying alive and getting through the various levels.

In addition to the powers, our hero will be able to move objects found during the journey (crates or boulders) to try to overcome an obstacle, an enemy or a trap. To make our life easier there are the vari checkpoint arranged in the levels that in the event of death allow us to start over from a little earlier.

Dream Alone: ​​let's take a look at the technical sector of the platform | Review

La graphics by Dream Alone it is the most bleak you can imagine with a range of colors between black, white and gray. To this must be added the almost horror settings in which our character will move. Everything seems to have that touch of despair and loneliness which represents a strong point of the game itself. Although the animations are not exactly the best, the tactics used by the camera darkening for a few moments (simulating the opening and closing of the human eye) makes this defect almost imperceptible if you do not pay close attention. 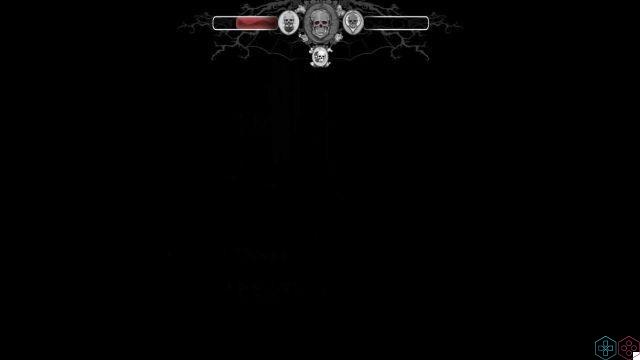 Camera darkened for a few moments

As regards the sound compartment, the game is equipped with great soundtrack minimal which allows for even greater immersion in adventure. The sound effects are minimized precisely to give a greater sense of abandonment and isolation typical of the game.

A small flaw, however, comes from the controls. Sometimes, in fact, the input of the jump is not taken by our character and we often find ourselves walking when instead we should have jumped, thus going towards certain death. Furthermore the lever sensitivity that moves the character is very high and its movements will be sudden at the slightest movement of our thumb.


While it presents itself as a good product, we couldn't help but notice some annoying bugs and glitches. As for glitches, it's just about small graphic defects which do not affect our path in the slightest, but which could still cause a sense of annoyance in many players. The story is quite different with the bugs though. In fact, in some areas we are find yourself forced to restart the level after dying because the game did not reload from the last checkpoint. After having died, in fact, we found ourselves in a limbo in which there was nothing we could do but quit and restart the game, thus starting the level all over again.

Our review is coming to an end and it is therefore time for the final conclusions. Dream Alone looks like a good platformer, having a very intriguing story which gradually clears up as you progress through the game. The atmosphere same enacted involves the player and the fact that sometimes the game is not too linear, making us do even quite large rounds before finding a way to continue, make it engaging and not too obvious.

Although, as mentioned above, there are some pretty annoying bugs, we note the profuse commitment of the manufacturer to give the player 5-6 intense hours, where every move must be considered and carried out with the utmost concentration, on pain of death. That's why we of techigames we feel like giving to Dream Alone a good mark in this review, sure that this platformer will involve you too.

Let us remember that the game It is available on Steam. To buy it you can click here and you will be redirected to the game page. In order not to miss some future reviews of video games, films, TV series or tech products, continue to follow the pages of techigames!

add a comment of Dream Alone Review: Platformer has never been so bleak