Dragon Ball Legends brings one of the most famous fighting games to your smartphone. The game is completely free and downloadable on both Android and iOS: let's find out all the details in our review

Bandai Namco, not long ago, released Dragon Ball Legends for Smartphone making millions of fans happy. It has already reached 4.5 million downloads worldwide and the number of players seems to be increasing dramatically. Let's see the game specifically in our review.

The game looks like a fighting which uses the touch smartphone. Of course, there are many variations on the console style of play. Similarly we will only have the health bars positioned at the top. For the rest, it is possible to carry out physical attacks by touching the touch repeatedly, otherwise by touching the touch once we could emanate a sphere of energy. As for the more powerful attacks we should go back to some carte. These cards are given to us for a maximum of 4 at a time and are divided as follows: 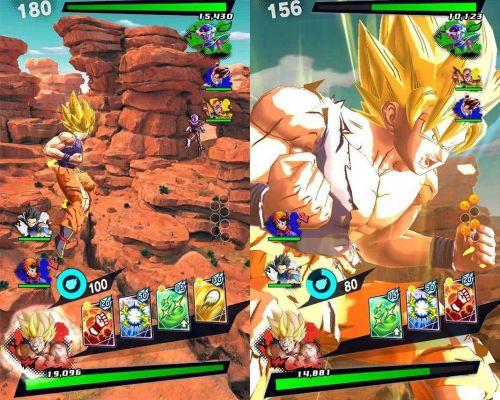 That's not all. Each character has one Main Ability which allows you to change your stats by clicking on your character's icon once loaded. Some characters may even recall their own Main Ability Card using this skill. To use all the cards you will need to recharge your aura as each will have a cost. The aura will recharge if we don't attack or faster if we hold down the touchscreen. Some Cards will have a Dragon Ball marked at the top. If we use 7 we could use the Rush Attack. The latter, if successful, will attack the opponent. Both players will have to choose a card and if it matches then the opponent will be able to avoid the attack, otherwise all living characters will attack the opponent with a Special Move.


Any attack can, of course, be avoided if you make one slide on the screen at the right point, indicated by an exclamation point next to our character. It will also be possible to change your character by clicking on an ally's icon. You can take them with you up to 3 characters, each with a color. Each color has an advantage over another color while it will have a disadvantage over one of the rest (e.g. green has an advantage over blue but has a disadvantage over purple). The strength of the characters is also calculated based on the category they belong to. There are 3 of them: Sparking, the strongest, Extreme, the average one, and Hero.

The game comes in great shape. Starting with history, we can say that nothing is missing. For now there are more than 50 basic levels to which are added at least 30 levels formed by Events. Among the latter we find fixed events such as those to get more exp and more coins, which can only be carried out once a day. In addition, there are events that vary from period to period. For the moment there have been to Nappa, Radish and the team Ginew. The story is about a Saiyan, by name Shallot, who has lost his memory is that he is found by a stranger who will then ask him to travel between universes and help him defeat bad guys. We will meet all the superheroes starting from little Gohan up to Goku SSJ. Each level has different missions to accomplish so that you can win Crystal e Rare Medal to be used for the Summon or the Shop.


Il Design and the Sound are wonderful. Truly spectacular designs even if the characters are in motion. Each move has its own particularity and never tires. The intra-fight skits are fantastic, especially the one of the Rush attack which changes according to the available attack cards. The items they are the original Japanese ones, a thrill every time you listen to them. 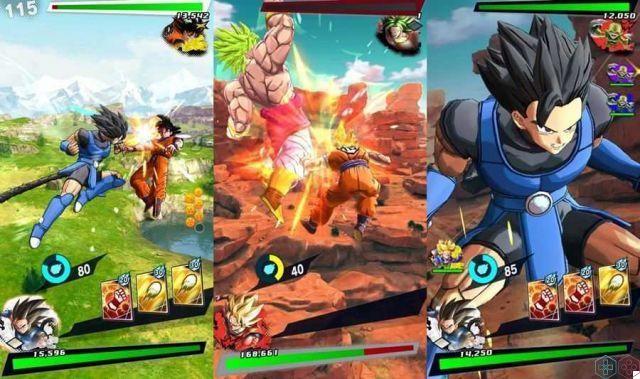 The game has its why. The eye has its part, and what part I would say. The dynamics of the game are really high considering that we are talking about a free smartphone game. The fighting animations give that extra touch that makes me say “it's worth playing with”. Finally, if you are a lover of the saga Dragon Ball you can only play a really good and portable game.

8.5 The excellence of Dragon Ball on a 6 "screen