They praised him, they criticized him, loved him and hated him. The new chapter of the Bandai Namco franchise, Dragon Ball FighterZ is now ready for fistfights on your home TV. We have tried it for a long time and we are finally ready to tell you what we think about it in this review: and we announce a decidedly positive result!

This isn't the first time we've had a chance to get our hands on the controller and slap Majin Bu su Dragon Ball FighterZ. Some stations had been set up by Bandai Namco al Lucca Comics & Games 2017, and in any case, an online beta for the stress tests of the title on the servers has recently ended. We've already given you a handy guide to everything we know about the title, but it's time for the official review.

A small premise, a must: Dragon Ball FighterZ he has been talking a lot about himself in the last few months. The audience was divided, like the critics, as always wanting to distinguish between failure and masterpiece, as if there was no room for anything else in between. We believe that Dragon Ball FighterZ not just a good title, but a great title. Behind there are the boys of Arc System Works, which you have probably heard of just twice, but we assure you that in 2D fighting games they are real masters.

Anyway, Dragon Ball FighterZ has more than one arrow in his bow to convince everyone for good. Let's see them together.

Someone really wants to deny that Dragon Ball is back in vogue thanks to the saga of Dragon Ball Super? After all, it is the official sequel designed by the master Akira Toriyama for his own manga (Dragon Ball GT, as beautiful as it may be, “it's not canon”). Dragon Ball FighterZ exists mainly thanks to the new vertigo of excitement of the fans. due to the animated series. Do you want proof? The title is divided into three main narrative arcs, of which we do not want to anticipate anything, even if the villains have to do with the Androids of the Learned Frost. Well, although they are all protagonists the main heroes and villains of Dragon Ball Z, among the wrestlers there are many characters from Dragon Ball Super: Lord Beerus, Black Goku and above all the God transformations of the Super Saiyans.


The plot it's definitely not the strong point of Dragon Ball FighterZ, but it is also the only one of the weak points. The reason is obvious: in a fighting game when was the plot ever fundamental? Of course, this is a simple pretext to run to give it a good reason, and if someone has never heard of Dragon Ball Z, they will be able to rediscover the most important narrative strands (Namek, the Cell tournament, Majun Buu and so on).

There is not even a character and a story missing invented from scratch for the game: yes, we're thinking about Android 21. But we won't tell you anything about this, Bandai Namco has already thought about it with a thousand thousand videos. Just know that we were positively surprised.

A solid and adrenaline-pumping fighting game

The combat system of Dragon Ball FighterZ is the demonstration that Arc System Works, if he wants, he can pack a product that does not disappoint fans of the genre, and that at the same time remains accessible for all users. Even for those who have only ever seen a fighting game play in the arcade, but have never tried it in first person. The result, to put it mildly, required some transitional chapters as training: i vari BlazeBlue e GuiltyGear (also by Arc System Works) were not exactly easy to play. Gradually the team found its way (also) towards casual games. 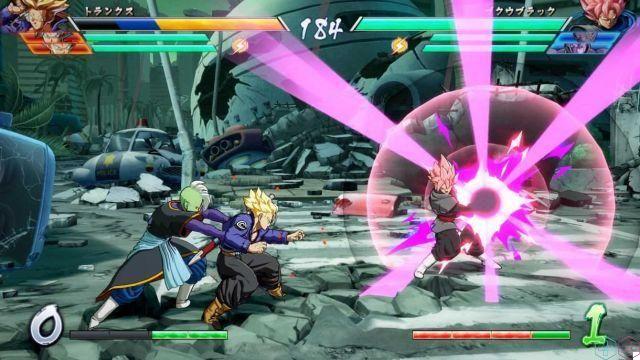 Un short tutorial soon leaves us grappling with the story mode or the online ones: lost. Dragon Ball FighterZ does not have a grappling system, but let's not immediately cry out to scandal. From the simplest point of view, the accessibility of the clashes is guaranteed by a simple combo system and Z-Moves, executable after meeting minimum conditions during the clashes. The classic bars on the screen are those of the Health and Stamina: especially the latter will be fundamental for the realization of the Super moves, which are all the more effective as the number of Stamina "tokens" consumed to perform them will be.

Below the surface of Dragon Ball FighterZhowever, fans of the genre will soon discover a second layer of depth. That of someone who learns every single move and key combination useful for unleash the potential of the characters. In this regard, the combo list of the menu is enlightening: we suggest you waste a few hours testing the various characters, seeing what they can really do, because online this is what will allow you to survive to increasingly violent confrontations in ranked mode.

At the time of writing, unfortunately i server di Dragon Ball FighterZ they have not yet settled as they should: we were able to play a few team games intermittently, before being thrown out or everything collapsed. Similar problems, moreover, had plagued the beta of the game. In any case, there are so many things to do, Bandai Namco seems to have remembered that a Dragon Ball game without unlockables, collectibles and various trifles would have been laughed at by fans. 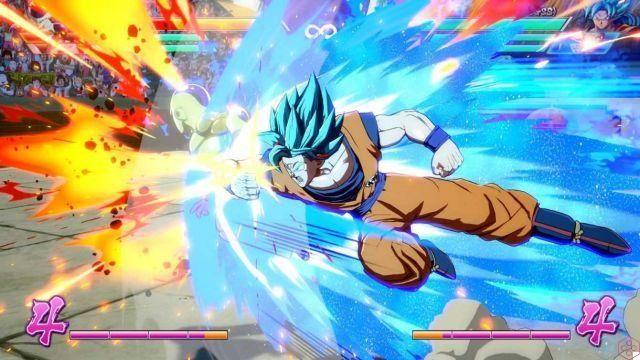 After each fight we will earn a certain number of Zeni (the currency of the title and of the world of Dragon ball in general) with which to buy new accessories at the store to show off in the online waiting room, alternative clothes and even characters (such as Goku and Vegeta SSJ God Blue). Even more precious thereand rewards from Capsules Z. If you have to have the misfortune of hitting the same prize twice, the game will replace the double with a special coin. Collect a certain number of them to unlock even rarer and more desirable rewards.

Dragon Ball FighterZ, the verdict of the review

Dragon Ball FighterZ is one of the best chapters in the series after Budokai Tenkaichi 2. Solid, satisfying, frenetic but never confusing, it offers several hours of single player gameplay and we imagine an even higher number dedicating itself properly to the online sector. If we then want to unlock everything and everyone, and see everything the title of Bandai Namco e Arc System Work has to offer, we will have more for a few months. Thumbs up then, and look forward to some noteworthy future updates. Magari Jiren?

9.2 Who will be the strongest warrior?

add a comment of Dragon Ball FighterZ review, the best fighting game of the series