Doom Eternal has arrived with great fanfare and the appreciations are certainly not lacking. We too, in the our review on the single player sector we praised him. To find out what we think, I invite you to read our article by clicking here. However, it seemed only right to divide the review into two parts.

The reasons could be many, but the main one is certainly the fact that Doom was not born as a multiplayer saga, but entirely as a single player in which you have to strive (as well as kill monsters) to complete the game 100%. Let's start this now Doom Eternal multiplayer review and let's analyze it thoroughly.

Contrary to the previous chapter in which deathmatches were the masters, the developers tried to create an innovative multiplayer and that it can remain in the minds of the players. Although the elimination of the opponents is always foreseen, this time we will not only take the role of the Slayer. It will indeed be possible impersonate some of the demons present in the game and the fights will be a 2 vs 1. But let's go in order. 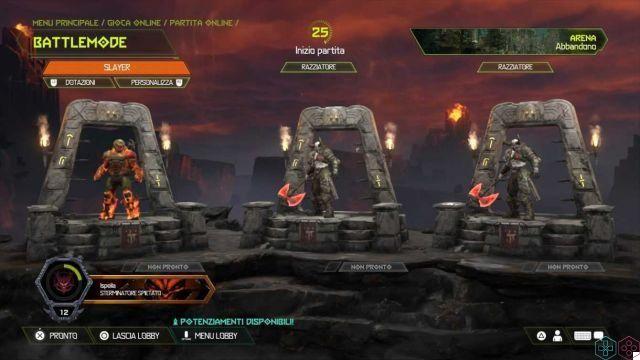 As mentioned earlier, i match will be 2 vs 1 and will be divided into several rounds. Whoever wins the first three rounds wins the game and then the sides are reversed if you decide to stay in the same lobby. So everyone will take turns playing the Slayer and one of the selected demons. In fact, the latter will only be a small part of the main roster and are: the Returning, the Elemental of Pain, Mancubus, l'Archvile and Raider.

Each of these will have their own special abilities and can also summon other lesser demons to fight the Slayer. In addition to all this, however, it will also be possible evoke some "healing areas”Which will serve to restore the HP of the demons or weaken the opponent if he passes inside. It will also be possible limit resources to the opponent using the appropriate command. By doing so, the Slayer will not be able to collect ammo or armor, nor will it be able to recharge its HP.

The round ends when the demons either kill the opponent or are both defeated. However, the Slayer will have to eliminate them both in a small amount of time. If he fails, the slain demon will resurrect but will do so with half the HP. At the end of each round it will be possible acquire a special skill which varies according to the role we play. If we reach the fourth round we will be able to unlock an even more important passive ability that will allow us to turn the tide of the battle. 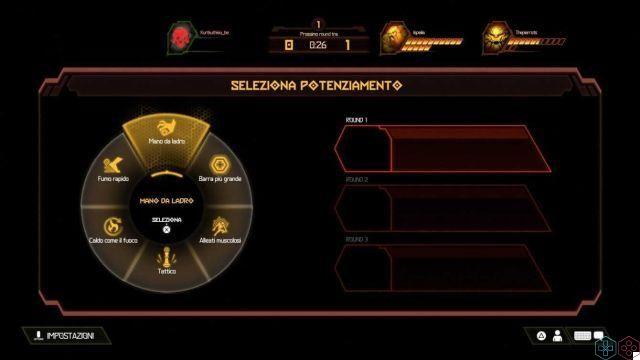 However, although the novelties are quite important and certainly innovative, multiplayer is limited only to this mode. In fact, it will not be possible to run around the map in search of enemies to be killed as happens in the usual deathmatches, nor will it be possible to occupy some base and try to defend it from your opponents. However, a question arises: how long will this modality have?


Surely with friends it could be interesting also because it would tend to give rise to that spontaneous competitiveness that fuels the matches. However, in single, in the long run it is somewhat repetitive and sometimes even boring. In short, the innovation has certainly led to good results, but at the expense of what could be the longevity of the multiplayer itself. Furthermore, the difference between the frenzy of the single player and that relating to multiplayer is felt a lot, making the latter slow although certainly more tactical. We do not know if different modes will be added over time, in which case we will not fail to show you our impressions.

Doom Eternal review: past, present and future of FPS ❯