Disney Villainous review: the baddest takes it all

We presented it a few weeks ago. Now, finally, our Disney Villainous Review, the game that rewards the baddest of all. Ready to conquer the table?

It intrigued us since its presentation and this weekend we finally managed to play it thanks to the types of the Goblin Cafè, one of the most pleasant and welcoming places in Pisa. And we are ready to tell you about it in this new Review dedicated to Dinsey Villainous, the fairy tale villain game created by Wonderforge and distributed in Spain by Ravensburger.

The Structure of the Game | Disney Villainous Review 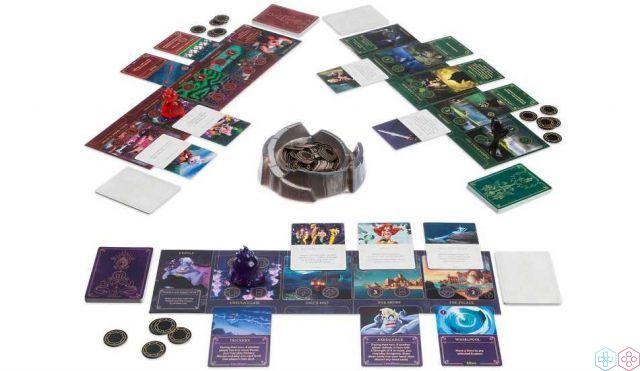 As you may have guessed from the title, Villainous is a game based on Disney cartoons. The protagonists, as well as the roles assumed by the players, are six villains of the most beloved cartoons: Ursula, Maleficent, Captain Hook, the Queen of Hearts, Prince John and Jafar. The aim of the game, for every villain, is to achieve their "Happy End", which is to achieve their goal. These are the goals for each villain:

Each villain has his own Realm, represented by a board with five Places from his story. This is his playground and he will only be able to move within it. In addition, he has two decks of cards, specific to his character: the Villain cards, which represent his resources, and the Destiny cards, or the threats he will have to face. 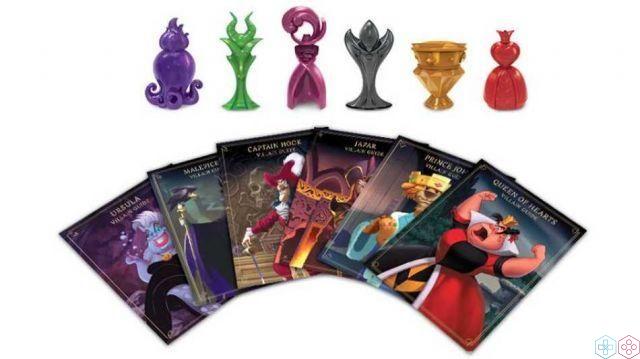 Each turn, each player moves his villain token to any Location in his Realm (as long as it is not blocked), and activates a number of Actions of his choice within it.

The actions available for each Place are:

After choosing the Actions to be performed and resolving the effects, the turn ends and the used cards are fished out until you have five cards in your hand again. The game goes on until one of the bad guys fails to Get his Goal.

For this Disney Villainous review we tested only the basic version, the only one currently presented in Spain. But they are already available in English Evil Comes Prepared, e Wicked to the Core, which introduce new Kingdoms and new Villains to the game. Grimilde, Hades, Dr Faciliter, Yzma, Scar and Ratigan arrive accompanied by new Achievements to make Disney Villainous an even more captivating game. Both expansions can be played either alone or side by side with the base game, thus enlarging the table and increasing the number of players.

Fun and stimulating, Disney Villainous turns out to be an excellent companion for evenings at the table. With streamlined and intuitive mechanics, excellent versatility of actions and interesting peculiarities given by each villain, it gives hours of play that are always tasty. We have enjoyed trying different villains in turns, working out different strategies and hindering each other in ever new ways.

The most captivating part of the game is undoubtedly the one given by the Destiny Cards. The ability to interfere with your opponents' plans increases tactical difficulty and stimulates reasoning, forcing each player to pay attention to both their own moves and the potential moves of their opponents. The competition is high and pushes you to play using that bit of ruthless tactics we love so much.

The fact that it is based on the villains of the Disney stories also makes the title attractive even to those who know little about the world of board games but love that of Disney cartoons. Thematic cards, movie-inspired Kingdoms, and even direct quotes in card names and actions convey the very idea of ​​interacting with the world of Disney.

The only negative note that we report, is the possibility that the game lasts a very long time when played with 5 or 6 players. The continuous interference given by the Destiny Cards, in fact, slows down the achievement of the Objectives and it is easy for the game to drag on even for several hours before someone manages to achieve victory.

In summary, Disney Villainous is an age-appropriate, fun and competitive game. Simple in mechanics but tasty in construction and gameplay. 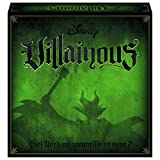 add a comment of Disney Villainous review: the baddest takes it all