In this review we will tell you about Diablo II Resurrected, the remake of Blizzard's classic Action RPG

Diablo II is without a doubt one of the most famous and loved role-playing video games in the world. With its dark atmosphere and simple yet addictive gameplay, Blizzard's action RPG has won the hearts of millions of players. However, its success has also led to negative implications: among those who have tried to reproduce the formula, no game has turned out to be up to the original.

Trying to update such a beloved (and still very popular) title is definitely one risky choice: getting your hands on a classic, also going to make some necessary changes, exposes to the anger of historical fans; at the same time, bringing the game to new consoles and adapting it to today's standards gives one the chance new generation of gamers to discover one of the titles that have most marked the RPG genre. Let's find out together in this review if Diablo II Resurrected he was able to keep the premises from the original release and transport them into a contemporary game.

Let's start our review of Diablo II Resurrected by talking about yours plot, which is the same as the base of the original game and is extremely simple: Diablo is back to walk the earth, his spirit has taken possession of the hero who defeated him in the past, who has embarked on a journey east and is leaving behind a trail of death and destruction. The protagonist is called to follow the path of the possessed traveler, putting an end to the monstrosities that he has freed along his path.

From a narrative point of view, rather than using words, the title lets the setting and the atmosphere tell the story. Regarding this aspect, the new release does not make practically any changes. The choice to leave the low-impact narrative approach unchanged is certainly a winner, it is in fact a feature of the game that, unlike the more specifically technical ones, is not aged. 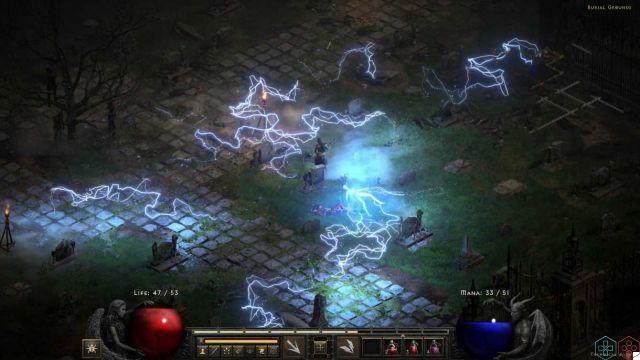 Alone Against the Army of Hell - Diablo II Resurrected Review

As we also mentioned in the introduction, the gameplay is one of the characteristics that most identify Diablo II. This new version of the game wisely chooses to leave substantially unchanged its structures, limiting itself to inserting some circumstantial changes. Resurrected is therefore still based on an extremely fast-paced combat system and a simple but not obvious character enhancement mechanism.

At the start of the game, the player has the option to select their character from seven different classes: the necromancer, the barbarian, the amazon, the paladin, the enchantress, the assassin and the druid. The first five are those already present in the first version of the game, while the last two were presented with the Lord of Destruction atonement. The choice of class influences the game directly, as each character has specific characteristics.

One of the main changes made by this new release concerns the management of the inventory: they have been increased the size of the personal chest, in which objects are deposited that we do not want to take with us but that we do not even want to throw away. Inside, a screen has also been added where you can leave the items we want to share with other characters linked to the Battle.net account you are using.

The platform Battle.net it also makes multiplayer mode more accessible, which recovers the original PvE and PvP formulas. This new version also gives the player the ability to create a private room, in which to invite up to a maximum of 7 players; the alternative is matchmaking, in which it is possible to insert restrictions to avoid excessive level differences between users. Finally, characters created in online mode can benefit from the multi-platform progression.

In the previous paragraphs of this review we have observed how Diablo II Resurrected has chosen to keep some aspects of the original title intact. This is not so true with regards to the graphics, which is in fact the feature in which the restoration work carried out by the development team has been most concentrated. The game indeed uses a completely new graphics engine, which preserves the typical point of view of isometric graphics but which, unlike this, is based on gods 3D models.

This new structure, thanks also to a improved light management, is capable of recovering the atmosphere of the original and giving it new splendor. In fact, if the concepts underlying the identity of the various environments remain the same, there are many details and nuances that this version inserts into them, giving them depth and vitality; the same can be said for the character models, which benefit from the best definition. It is therefore about a real update, capable of enriching the world of the title without depriving it of its peculiarity.


Improved is also thesound system: The original soundtrack has been remastered to support Dolby 7.1 specification features, and all characters have been re-dubbed. Speaking instead of level design, the main novelty concerns the online games, within which the maps - except for those related to missions and bosses - are regenerated randomly every time you log into the game. 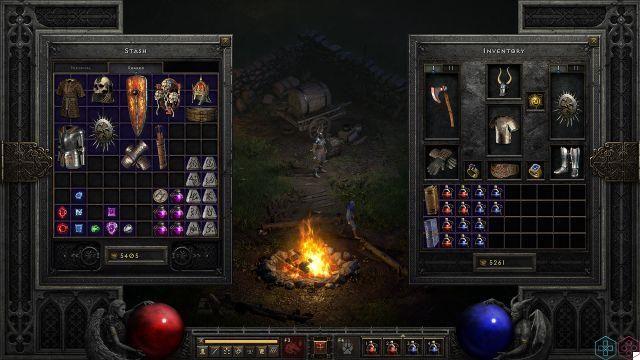 At the end of our review, we just have to attest one last time the total success of the operation behind Diablo II Resurrected, which comes dangerously close to being a practically perfect remastered. The new Blizzard title manages to keep the identity of the original game intact and, at the same time, to make the necessary changes to take full advantage of the improved hardware technology.

Diablo II Resurrected was released last September 23, 2021 and is available for PlayStation 4, PlayStation 5, Xbox One, Xbox Series X | S, Nintendo Switch and PC. Keep following us on techigames to read reviews, guides and specials dedicated to the best games of the past and present. If, on the other hand, you are interested in buying a game, we suggest you take a look at the vast Instant Gaming catalog.