Detroit: Become Human review, is (not) the game for you

Detroit: Become Human walks among us and now can not hide: we find out in our review if the machines have passed the Techigames Test

The idea of ​​bringing together the world of videogames and that of cinema dates back to well before the advent of David Cage and Quantic Dream. Fahrenheit, Heavy Rain e Beyond: Due Anime they were not the first (we can go back to the time of the Golden Sega, at the end of the Eighties) but they certainly made the concept of "cinematic adventure" grow, especially in the PlayStation 3 era, thanks to the greater technical power made available with the console.

Detroit: Become Human continues on this rut without deviating, but trying to dig even deeper to create a clearer path for the future. 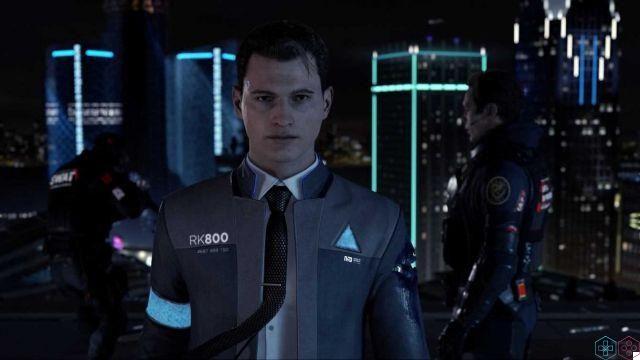 We are in 2038, in Detroit, the technological capital of the United States. Humans have now entrusted their lives to CyberLife androids, humanoid machines that carry out every order with diligence and precision. While not everyone loves these beings, progress cannot be stopped even at the expense of rising unemployment and environmental decay.

Something, however, is changing: the androids, as in every dream / nightmare of science fiction lovers, they begin to develop free will and turn into "deviants". We will have to live the adventures of three of them: Land defence (we have known since 2013), an android that goes beyond its programming to save a little girl beaten by her father; Markus, a deviant who has the desire to give freedom to all androids; And Connor, a machine that hunts other machines, the CyberLife hound investigating the cases of deviants.


The story of David Cage, like many other science fiction works, does not want to tell directly about science fiction, but uses the theme to talk about humanity, life and personal freedom. We are not in an impossible future, we are in 2038, a stone's throw from us: a future that obviously we will not be able to reach in such a short time, but which tells us “all this is real and possible”. Having made our suspension of disbelief, we will have to lead the three characters towards a better future. 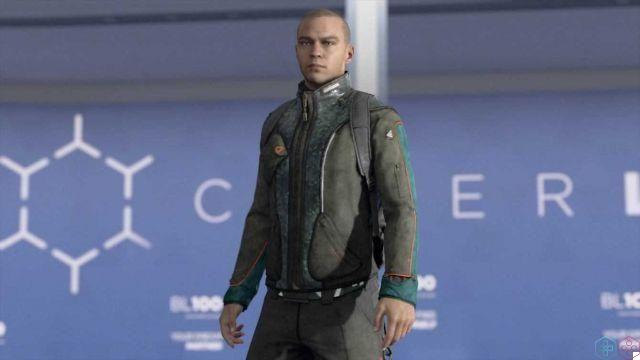 To get Kara, Markus and Connor to one of the various endings, we will have to play as we always have. Quantic Dream, as was said at the beginning, does not deviate from the rut traced in the last decade. We will have to rely on classici Quick Time Event to interact with the environment or to solve the more "action" situations of the game, we will have to continuously choose what to say or how to behave to advance the plot and determine our relationship with the non-player characters that will gravitate around us. Every choice and every action leads to small or large texture variations: to convince is above all the final phase in which all the knots come to a head and the relationships we have created will open very different paths.

Detroit: Become Human certainly is the game with more possibilities and narrative “bifurcations” among David Cage's videogames or, perhaps, it is the work that makes them more explicit. At the end of each chapter, in fact, we will have access to a diagram that will show us when and in how many ways we could have faced the proposed situation in a different way. The choices not made will be hidden, but we will know that there are other possibilities: a very useful addition especially for completists who want to discover every detail, even without having to wait for huge guides.

Detroit: Become Human, is there two without three? | Review

So do we have to conclude that anyone who has enjoyed Cage's previous works will also like Detroit? Yes and no. These games respond to a variety of needs: discover a well-narrated plot, live a “unique” story based on your choices and perform a roleplay, a role-playing game, a possibility that is closely linked to the previous ones.

Detroit: Become Human seems to want to give a little bit of everything, relegating each character to a very specific narrative and playful task. While it means that every type of player will find something they like, at the same time it means that many will run the risk of never being 100% convinced by the work. 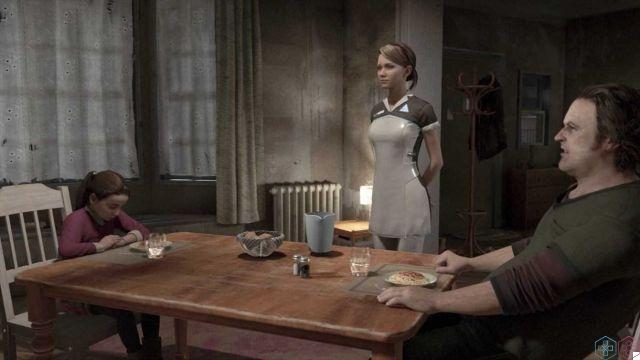 Not wanting to spoil it, it is very complicated to investigate the narrative and playful structure of Detroit, but we can tell you that the proposed situations are varied and on average very intriguing. Connor allows us to experience chases and some investigative junctures well thought out for the type of work we have in our hands; Kara will be the queen of roleplay and emotionality (impossible not to be involved in her so simple but undeniably impactful story) while Markus will be the leader of a broader plot that broadens the themes towards the social and philosophical.

The latter is perhaps the least complete: Markus fulfills his role and does it very well, but it is precisely the role that is (voluntarily) limited. Markus is more "harnessed" than his two companions. Perhaps some will appreciate him precisely for this reason, precisely because “real events” happen with him, but others will feel limited in living his story, which can be modified by our choices, but with an all too precise and predictable direction.

Detroit: Become Human, (not) everything is at its best | Review

The technical component is also not 100% convincing of the work. If from a high we have the animations (especially facial) of the main characters that enchant with their expressiveness (helped, among other things, by a very valid Spanish dubbing), on the other hand we have some micro-slowing and various textures that struggle to load. Given the predominance of close-ups and the occasional nature of these limitations, this is not anything particularly sensitive, but overall on a technical level Detroit: Become Human is "only" good.

Detroit: Become Human is this: a quality work that starts from the past and does not depart from it, giving the player an enhanced and expanded version of previous Quantic Dream games. Detroit is sure to appeal to all fans of the genre, although perhaps many will not be fully convinced. The plot also “hides” a good chunk of information behind an ending that could be lost during the first run and could make the experience of those who don't want to replay this type of works slightly incomplete.

add a comment of Detroit: Become Human review, is (not) the game for you