Desperados III PC Review: The assassins of the West

In this review we will tell you about the PC version of Desperados III, the latest stealth RTS developed by Mimimi Games

Desperados III is one real-time strategic stealth published by THQ Nordic and developed by Mimimi Games. The software house is the same as it has created in the past Shadow Tactics: Blades of the Shogun, one of the best titles in this genre.

Now, four years later, the German company has decided to re-propose the same type of game but in a western style. Will they be able to replicate the success of their previous title? Find out with us in ours Desperados III review for PC. If you prefer to know more about the console version, we refer you to our article dedicated to the game for PS4.

The story of the game unfolds a few years before the start of the first chapter of the series and, like all its predecessors, it is set in the Wild West. The title follows the story of John Cooper, a talented gunslinger looking for a dangerous criminal. During his journey Cooper will meet many allies that, despite being very different from each other, they will join him to fight against a common enemy. Initially the group will not be very united but over time they will become more and more close-knit, to form a notorious gang of outlaws known throughout the West.

Overall the plot is pleasant and interesting enough, but certainly does not shine for originality. In the end it is a simple one story of revenge already seen in numerous classic Westerns. Obviously this isn't the main focus of the game, but we sure would have appreciated something a little more original. 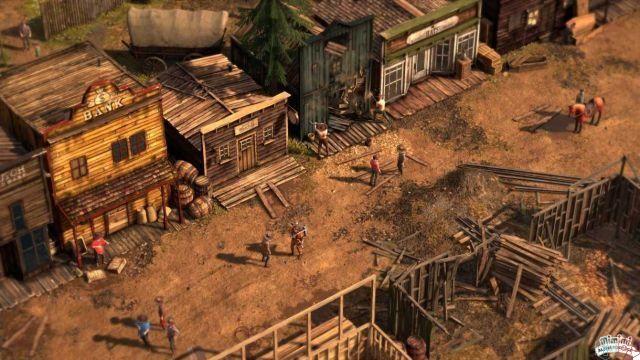 Desperados III gameplay it's basically the same as Blades of the Shogun. The players will have to coordinate from above the moves of your characters to be able to overcome levels full of guards.

All actions take place in real time and, depending on the mission, you can control up to 5 desperados at the same time. This will allow you to eliminate a large number of guards at the same time, but the risk of being detected will also increase. Fortunately, you can always count on showdown mode, which with the press of a button will allow you to pause the game and plan your next move. This function will be essential to give orders to the whole team and run them simultaneously at the right time.

Performing perfectly precise actions will be necessary to be able to overcome the most complicated levels. All kinds of enemies are extremely dangerous and once they find you they will be able to defeat yourself with very few hits.

Moreover, after the alarm is triggered, some will arrive additional guards, complicating the situation even more even if you manage to hide. For this reason you will always have to try to eliminate the enemies without being seen and, in case of errors, the game itself will push you to reload the game over and over again until you do everything perfectly. 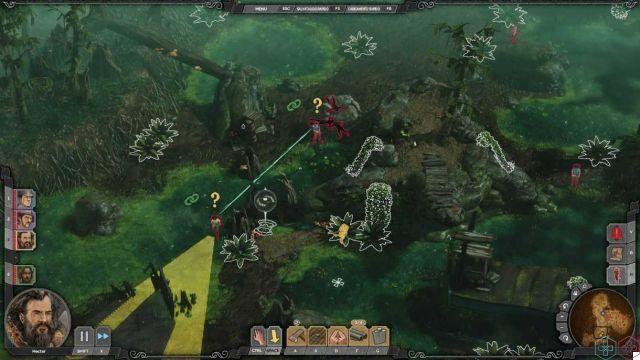 In Desperados III you will control 5 characters: John Cooper, Doc McCoy, Kate O’Hara, Isabelle Moreau and Hector Mendoza. These individuals represent the classic stereotypes present in many Western movies, but nevertheless they are all extremely charismatic and in no time you will grow fond of it. All these outlaws are very different from each other, but what sets them apart most are the skills.

Each character will have the very different skills which are more or less useful depending on the situation. Eg Kate is specialized in distractions but it is not suitable for combat, while instead Hector is capable of defeating the strongest enemies in an instant but it is very noisy. These skills allow the player to choose between many different approaches to complete a level and, if combined correctly, will give you a big advantage over your opponents.

All the skills are very varied and fun to use but most of them are taken directly from Blades of the Shogun. Doc's bag is extremely similar to Mugen's sake, Hector's trap is identical to Yuki's, Kate shares a lot of skills with Aiko and so on. The only novelties are represented by Weapons, which vary greatly depending on the character and are more or less suitable for different tasks, and from the character of Buckskin, as she is the only one who owns completely unique skills. 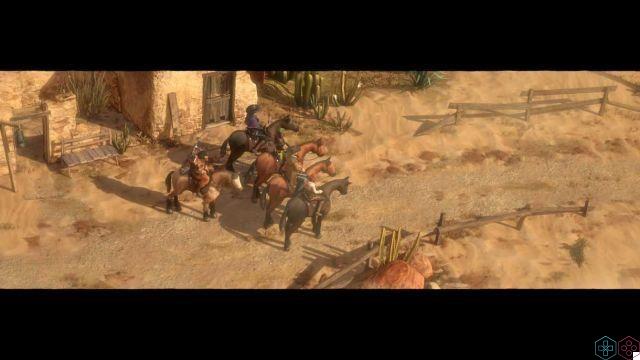 Il level design it is certainly one of the most refined aspects of the game. All maps are very different from each other and they can be completed in many different ways. For example, when we are in cities we can pass from the roofs quickly eliminating the most dangerous guards or mix with the crowd to go unnoticed, while instead in the vicinity of a railway we can take advantage of the passage of trains for hide or eliminate the guards creatively.

In addition, all levels offer a large number of characteristic elements able to simplify or complicate our missions. For example sometimes we will move at night and we will have to try to turn off the light sources to go unnoticed, while others we will be forced to pass on muddy ground leaving behind us clearly visible traces.

As if that weren't enough, there will often be many objects with which to interact useful for getting rid of enemies quickly, such as environmental traps, sticks of dynamite and gatling machine guns. All this variety means that each mission is always new and push the player to always seek new approaches. 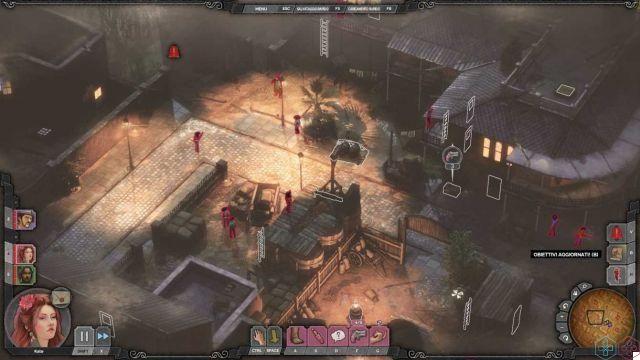 Desperados III is by no means a simple game and already on normal difficulty is able to offer a good challenge even to the most experienced players. In addition, each mission counts a lot secondary objectives that will push you to replay the level and choose less orthodox tactics. In this way, players have the opportunity to try out new challenges and experience all the possibilities offered by each map.

Moreover, going forward with the story you will also unlock the challenges of the baron. These challenges will allow you to really test your skills, forcing you to complete some levels without using certain moves or using only one character. 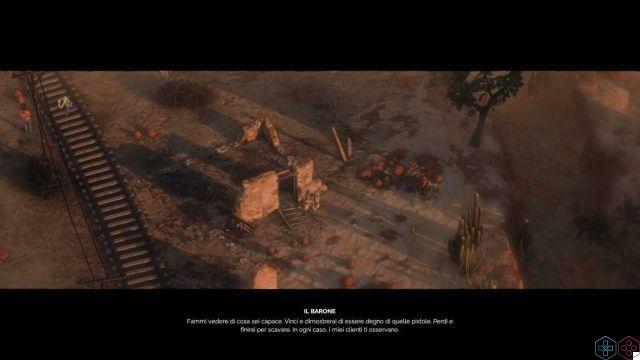 Desperados, as regards the technical side, it's a good title overall. During our test there were no frame drops and we didn't encounter any kind of bugs. Sometimes it happened that usable objects overlapped preventing you from selecting some, but this is not too common a problem.

From the point of view of graphics instead the game does not shine particularly, but thanks to the shot from above manages to hide some small flaws. In addition, the title still manages to create a great atmosphere thanks to the beautiful typical old West landscapes and to splendid music that immediately bring to mind the best Western movies. 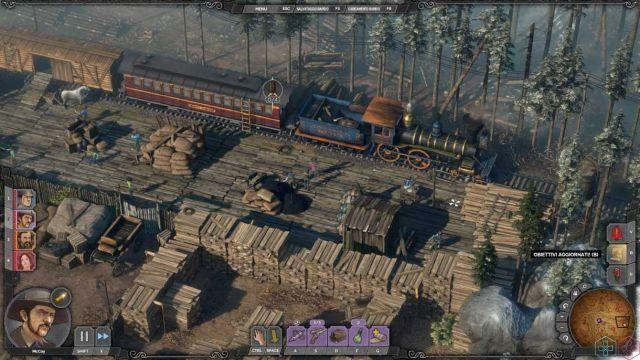 Desperados III, like the previous Mimimi Games title, claims itself as one of the best Stealth RTS on the square. Thanks to its very varied levels, fun challenges and numerous usable approaches, the game is able to offer all lovers of the genre hours and hours of fun. A less mundane story and a few more new skills would have been appreciated, but in any case the title remains of excellent quality. If you enjoyed Shadow Tactics: Blades of the Shogun, for sure Desperados III will not disappoint you.

Desperados III will be available from June 16 on PC, PS4 and Xbox One. If you are interested in staying up to date with all the news on the world of video games and much more, then keep following us here on techigames.

8.5 One of the best Stealth RTSs on the market

Destiny 2 review: Beyond the light, Bungie and the problem of persistent worlds ❯

add a comment of Desperados III PC Review: The assassins of the West