Deliver Us The Moon Review: Look at that Moon

Our natural satellite has always been the protagonist of many romantic and mysterious adventures. Let's see if in this Deliver Us The Moon review, KeokeN Interactive managed to bring us the whole Moon or just a slice

It is from the book by jules Verne "From the Earth to the Moon" of 1865 that man tries to narrate space travel. The science fiction genre is often a vehicle for messages and visions about our future: from horror stories from deep space, to the analysis of ethical dilemmas of the present that are reflected in the future. Deliver us the moon strictly belongs to the second type.

Developed by KeokeN Interactiveee published by Wired Productions for PC, Deliver Us The Moon made its first appearance on its kickstarter in 2016. For three thousand euros the goal of one hundred thousand for the success of the fundraising campaign was exceeded. As you can see on the kickstarter page, the amount reached was barely enough to develop the game in its basic form. On September 28, 2018 DUtM was released in a version that ended with a big cliffhanger. With the help of Wired Production, KeokeN Interactive manages to add the missing content, finally releasing the final episode on 10 October 2019. In this Deliver Us The Moon review we will analyze the full version of the game.

Some plot hints - Deliver Us The Moon Review

In a period where the climate alarm is a much discussed topic, the guys from KeokeN Interactive offer us a plot with themes that are very close and contemporary to us. Before even entering the main menu, the game delights us with a video that introduces us to the premises of the title: the Earth, in the not too distant future, has exhausted every energy resource, the seas have expanded and many places desertified. Humanity was on the verge of collapse until a microwave technology allowed the transfer of energy resources from the Moon to Earth. However, an alleged failure on the lunar colony has left humanity in the dark. The protagonist's task is reach our satellite with the few remaining resources, find out what happened in the lunar colony e restore energy by saving humanity.

Our adventure will be rather lonely. We will come though accompanied by a drone which will allow us, through holographic projections, to view some events that occurred in particular areas of the Moon. With this feature Deliver Us The Moon creates a meeting point with Tacoma, different however with the fact that these projections are passively observable and non-interactable. We will also be able to expand the plot with a few very small deviations. Exploring the lunar bases we will find numerous objects, sheets or tablets rich in audio or textual content, which collected can help in understanding the plot.

The game is translated into Spanish both in the texts and regarding the objects with descriptions. The few textures that have not received this treatment, however, will have readable texts on the interface. 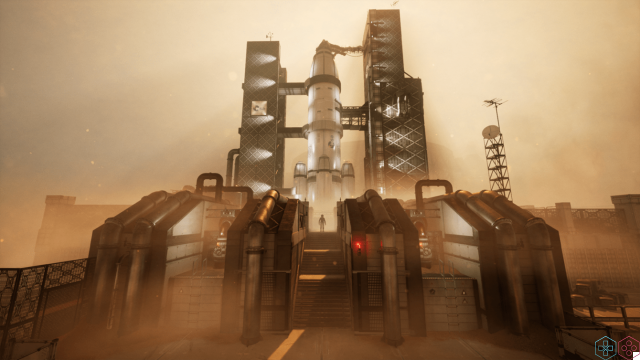 Something Wrong - Deliver Us The Moon Review

At the end of the experience, the plot of Deliver Us to the Moon finds its effective closure, but there is feeling that some questions have not received a worthy answer. The subplots are very interesting and gradually expand throughout the game. Places and events are described that it would have been pleasant to experience firsthand. It's possible that the stretch goals missed in the kickstarter should have expanded or ended these subplots worthily. In the review there are no news for further expansions or DLCs for Deliver Us to the Moon. It is not excluded, however, that they can be added later in case of satisfactory sales. 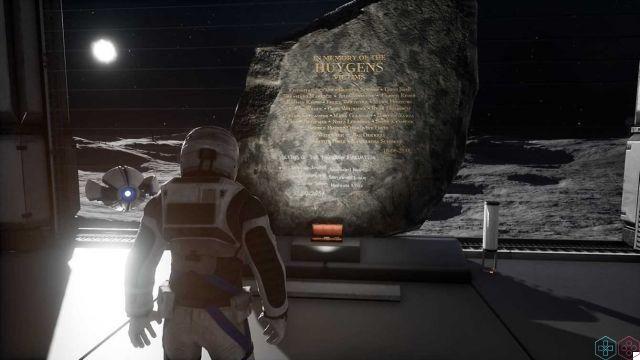 Moon leaps and space stumbles - Deliver Us The Moon Review

In terms of gameplay, the game resembles a very linear classic Walk Simulator, which periodically entertains us with some puzzles. We will have a lot of walking and exploring around the lunar bases in an effort to reestablish the current for planet Earth. Useful for exploration will be the ability to jump to reach unusual places; however, it should be noted that the jump will take us to meet invisible walls unwelcome. Sometimes there will be simple trolleys or fences higher than their real appearance blocking our way, which normally should not represent an impassable wall.

It is a pity that Deliver Us The Moon has few interactable elements, which are in fact limited to objects strictly useful to the plot or the success of the puzzles. The latter are in fact the main element of the gameplay, which fortunately or unfortunately are easily solved. For some, in fact, it could be a positive element that does not break the fluidity of the narrative. Others will find this aspect to be a negative that reduces the already few possibilities of "action".

The puzzles excel in variety though. Sometimes they will be mainly based on jumps and platforming, others on reflections and quick time events, other times it will be enough to align objects or move them to create the way. To give even more variety there will be an instrument: the laser work gun. The use of this object is closely related to some puzzles. In fact, it will only be used to break certain hooks or cables. The drone is also very useful, which will allow us to unlock certain locks and take control of them, fly in the environments and through the pipes.

We will not only have indoor places to visit, but we will also need to go outside and deal with the lunar gravity. On its surface the gameplay does not change much except for the lack of oxygen and slightly longer jumps. We will also be able to navigate thanks to the use of a special vehicle, but as soon as we leave the chosen “tracks” a message will invite us to go back. 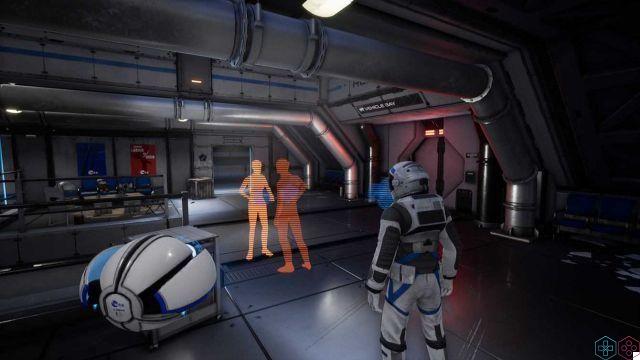 Lights and Shadows of the Moon - Deliver Us The Moon Review

Aesthetically Deliver Us The Moon offers us realistic and beautifully crafted landscapes. It is a pity that there is a little lack of aesthetic variety between the rooms. It will in fact be very easy to notice a large reuse of models and assets, however embellished by a very convincing and varied design of lights and shadows. The support for Nvidia RTX certainly gives more depth to the lunar colony at the cost of several frames. As for performance, DUtM has several uncertainties and sometimes they are noticed severe drops in frames.

Lowering the graphics quality doesn't seem to have much of an effect, especially in the final stages of the game. On the other hand, the dubbing in English and the audio are of fine workmanship. The soundtracks are composed by Sander Van Zanten who accompany the player through the lunar colony with very evocative melodies. 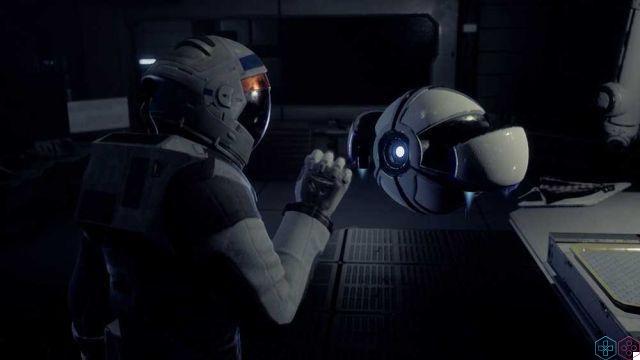 Deliver Us The Moon is a game that sadly does not meet expectations built during the experience. In fact, we are often faced with mechanics and plot situations that clearly deserved greater care and development. Many elements of the gameplay are exploited only in their basic form without further evolutions, only to find ourselves with an ending that is only partially conclusive. Many of the technical issues could be fixed with future updates, but as of today it is a title only advisable for fans of space adventures. Despite everything, it is a pleasant and relaxing adventure that knows how to evoke the fundamental "vibrations" of the science fiction genre very well.

That's all for this Deliver Us The Moon review. I want to remind you that the title for now is only available for PC and versions for Xbox One and PlayStation 4 will arrive in 2020. If you want to stay updated on this and more, stay tuned to techigames!

6.5 Science fiction as you have already seen it

add a comment of Deliver Us The Moon Review: Look at that Moon