In this review we will talk about Death's Door, the new action RPG developed by Acid Nerve and published by Devolver Digital

Death's Door is a new one action RPG with isometric view developed by Acid Nerve and published by Devolver Digital. The title has managed to capture our interest ever since it was first announced last March and now we have finally had the chance to try it out. If you are also interested in Death's Door e you want to discover its actual quality before buying it, then all you have to do is start reading our review.

Death's Door is a very title eccentric in which we will play the role of a silent crow who works in a company dedicated to collecting souls. Initially your aim will be to get a giant soul, that is, the spirit of a creature that has lived much longer than it should, but the situation will change when a mysterious thief will steal it from under your nose. Due to this unexpected event you will be forced to delve into a hostile land where death does not exist and where beings with extremely powerful souls reign supreme.

The beginning of Death's Door is really very interesting and moving forward in your adventure history will continue to involve you more and more. The bizarre world of the game is truly fascinating and, as if that weren't enough, it is also dotted with a myriad of truly unique characters. All these crazy NPCs really are well characterized and for sure they will be able to remain etched in your memory.

But one of the things we appreciated the most is the way the title talks about a delicate subject like that of death. Acid Nerve has indeed managed to deal with this topic in an exceptional way, while maintaining it at the same time a very light and fun atmosphere for most of the adventure. 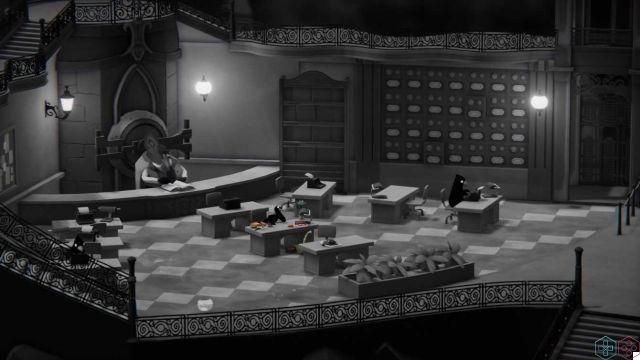 Basically the Death's Door combat system it's very simple. Like most action RPGs it is possible to attack, dodge and execute charged shots, but you can also use several remote spells that you will unlock during your adventure. To cast the spells you will have to consume MP, but luckily you can easily retrieve them hitting enemies or objects with your melee weapon. This mana recovery system is really great, given that incentivizes the player to attack both from near and far during the clashes.

The game also stands out for a very special treatment system. To restore your character's life points you will have to plant seeds inside some vases scattered in the levels, thus making a flower grow that can heal you several times. These seeds will be hidden throughout the game world and on top of that they will also be limited. For this reason you will often be forced to plant them only in strategic points to avoid consuming too many.

Despite being based on very simple mechanics, the title fights will become more and more fun and challenging as you go on in the adventure. This happens because in the more advanced stages of the game you will find yourself facing ever more numerous and powerful groups of enemies, and to be able to defeat them you will be forced to make the most of your crow's arsenal. Also in Death's Door there are also a large number of excellent bossfights (some even secret) that could put your skills to the test.

Fortunately, however, to win you will not be forced to rely solely on your skills, but you can also improve the statistics of the protagonist. By killing enemies and exploring you can in fact obtain expendable souls to improve your values ​​of strength, dexterity, speed and magic. In addition, while exploring, you can also find some new weapons more powerful melee that will help you a lot in the most difficult battles. 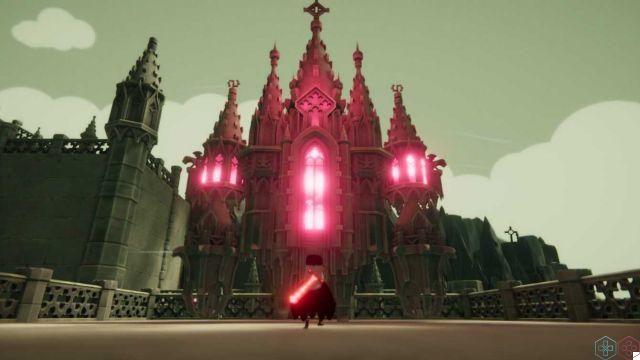 In its structure, Death's Door is very reminiscent of the first chapters of The Legend of Zelda. The game consists of several large explorable areas full of enemies to defeat and above all puzzles to solve. Often, in fact, to reach your main goal you will first have to overcome several puzzle that will block your path. Furthermore, not all puzzles will be solved right away, given that many will require the use of specific magical abilities obtainable only at certain points in the game.

All areas in the game boast a really good level design, with many complex routes, secondary roads and above all secrets. Death's Door in fact presents a large number of hidden treasures that will be essential to your gaming experience. By exploring you will then find weapons, seeds, upgrades, large accumulations of souls and crystals that can increase your maximum HP and MP. Furthermore, of course, the collectable, beautiful objects that will provide you with additional information about the game world and its characters.

Generally these secrets are well hidden and very fun to find, but unfortunately this will not always be the case. To solve some of the biggest mysteries of the game you will have to do some unintuitive actions which was not normally possible to perform in other situations. This lack of clarity risks slowing down completists a lot in certain sections of the game, even leading to not a little frustration. 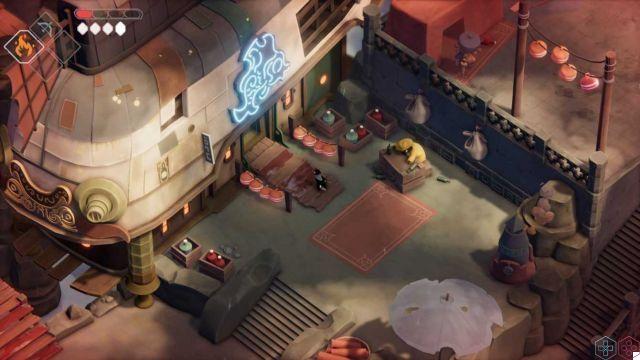 The charm of the afterlife - Death's Door Review: on a journey to death

Overall there isn't much to say about the technical sector by Death's Door. The title really is well optimized and is able to smoothly turn a 60 fps even on mid-range PCs. Furthermore the software is also extremely stable, and during our test we have not encountered any noteworthy crashes or bugs.

Death's Door, however, really managed to kidnap us thanks to a phenomenal artistic sector. The title boasts one simple and almost fairytale style which, however, manages to bring out every corner of the enchanting game world to perfection. During your adventure you will cross many breathtaking scenery and very different from each other which, thanks also to great soundtrack, they will certainly be able to impress you. Furthermore, as we had anticipated a little in the previous paragraphs of our review, in Death's Door you will also meet many bizarre characters characterized by gods very original designs. 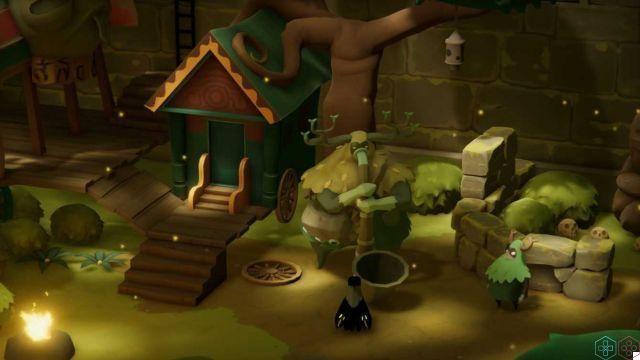 Now the point of our review where we take stock of Death's Door has finally arrived. Acid Nerve's new product is a very simple, yet action RPG manages to hit all its goals perfectly. The fights are fun and satisfying, the game world is well cared for and full of secrets, and above all the story is truly fascinating. In short, if you are looking for an action RPG full of content and able to remain in your heart, Death's Door will not disappoint you.

Death’s Door è available now for PC, Xbox One and Xbox Series X | S.. If you are interested in staying up to date with all the news on the world of video games and much more, then keep following us here on techigames. Furthermore, in case you want to buy some games at an advantageous price, we suggest you take a look at the many offers on Instant Gaming.

Demon Skin Review: Kratos, is that you? ❯

add a comment of Death's Door Review: A Journey to Death