Dead or Alive 6 is the new fighting game from Koei Tecmo Games, developed by the strictly oriental Team Ninja, but will it have been able to beat its predecessor in 1v1? Let's find out in the review.

Dead or Alive 6 is the new title of the saga that, especially with the last chapter, has been able to attract a substantial number of fans to itself. The new chapter of Koei Tecmo Games, developed by Team Ninja, made its debut on March 1st, for PlayStation 4, Xbox One, Microsoft Windows, but will the developers have managed to enrich and improve the excellent experience given by the 5th chapter? 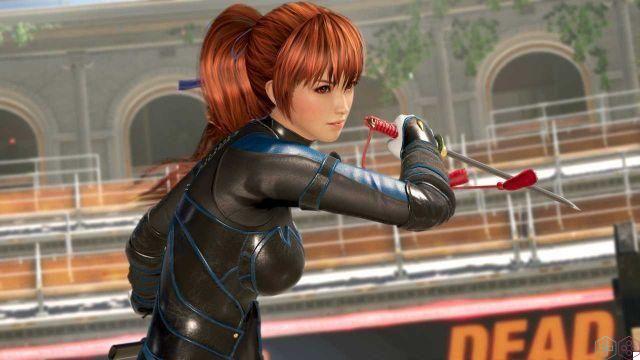 Dead or Alive 6: an excuse to hit hard | Review

Among the different modes, the first in the list is the "Story" mode and it is, in fact, the first that we went to test. The story is divided into several chapters, but the menu that allows the choice of the latter is unclear, since it develops both from top to bottom and from left to right. Moving from left to right we will change the character on which the story section will focus but, to have a more enjoyable experience, we invite you to press the R2 button (on PS4) at the end of each chapter, so that the game will direct you to the next section.

Although the term "enjoyable" has been used, the campaign mode tells an unoriginal story, which at an acting and technical level leaves the time it finds. With a logic worthy of the best Z-series movies, we can summarize it by saying that, for whatever happens, both good and bad, and for whatever the subjects will say, it will end up giving them a good reason, just like in the previous chapter. In the last sections, however, everything thickens, making the plot much more interesting, but we would have preferred that this effect had been given to the whole storyline. In this mode there was only one case in which it was the player who chose which character to interpret, a real optional choice which, in our opinion, could have been more present, to make the story less static.


In addition to this modality, they could not miss thetraining and tutorial, which are a fundamental aid to refine the technique to use with our favorite fighters. The mode, in our opinion, more fun (in single-player) are undoubtedly the "DOA Missions": a series of missions with pre-set characters, with which we will have to perform different objectives, in order to unlock coins and points for obtaining aesthetic contents. Obviously there is no shortage of old flames, like the clash mode arcade mode, side time and survival, divided by degrees of difficulty.

Dead or Alive 6: the feeling is there! | Review

With regard to the combat mode, the feeling is the same as in the previous chapter, and this is not bad at all. In fact, from the very first minutes, even those who are not familiar with fighting games will be able to unleash various combos, since this title meets the needs of a large slice of players. Although, in fact, the fight is easy to learn, there are still different combo solutions, more or less complicated, so that even the veterans of the series can enjoy not a little in kicking and punching opponents.

The combos are truly myriad and, to learn them all, you will need to train hard through tutorials, combo challenges and the training mode. This factor, therefore, only benefits those who adore this title and want to become the strongest, taking the breath away from their opponents. The only real news from this point of view are the "Fatal Attacks" that allow you to make combos with the repetition of a single key (R1 in the case of Ps4), which simplifies, not a little, the encounters, since it is often impossible to parry these blows. This type of combo wastes all the blue "devastation" bar at the top of the screen, which can also be used to perform "devastating holdsWhich are used to counterattack any opponent's move, a real trick which, among other things, dampens fatal attacks.


Unfortunately, other big news compared to the previous chapter are not present, and this leaves a bitter taste in the mouth. As for the online sector, while choosing our preference on the quality of the connection, the game does not care, finding matches with poor connections. Removed this and removed a few matches where the lag beat us and our opponents, everything works well: we hope these problems will be eliminated, making the netcode more stable. 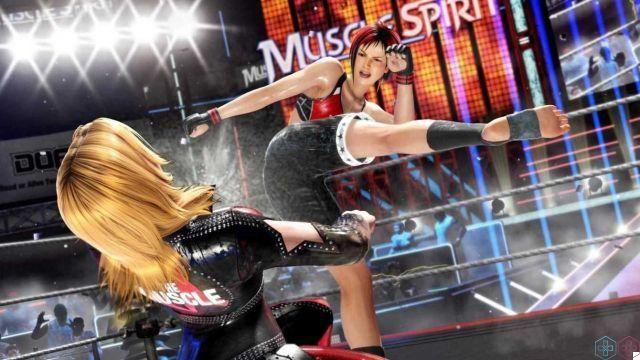 Speaking of the technical side, here too there was no big step forward, except in some cases. From the graphic point of view, the title is very similar to Dead or Alive 5 Last Round, but it shines particularly as regards the character models. The 24 available fighters, in addition to having a truly impeccable characterization, they enjoy well-made models, especially as regards the details of the face, sweat and dirt. Obviously there is also the trademark of the "Dead or Alive" series, female breasts bouncing left and right with their own physics which, in general, do not bother, given that the saga is also renowned for this and those who try it, probably, know what they are facing.

The attention to detail given to the character models, however, is also not present in the various locations. Although they have a pretty good graphic impact and, in some cases, they have dynamic effects, squinting a little we realize that the textures are often in low resolution. Another big shortcoming is the campaign cutscenes that are really empty: there are almost always only the two subjects who will fight, with a really bare background and done at least worst. 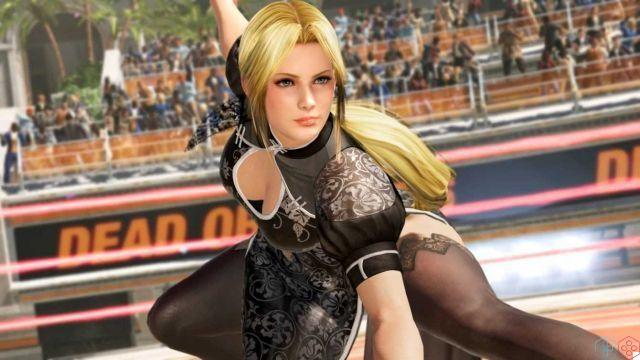 As for the English dubbing, we often and gladly noticed that everything went out of sync, or the dialogues continued while the characters had their mouths closed. These are details that really turn your nose upside down, but luckily this doesn't happen with the Japanese dubbing. The latter, in fact, is really well done and makes clips that would otherwise be nonsense, really successful, recalling the classic scenes out of the lines of anime.

Another praise goes to the “customization” aspect which includes dozens and dozens of unlockable costumes for each individual character and different options, such as haircut and glasses, which can be purchased through credits. The costumes can be unlocked through the points earned in the different modes available and, once you have unlocked one, you can buy it with credits, which can always be earned in-game. 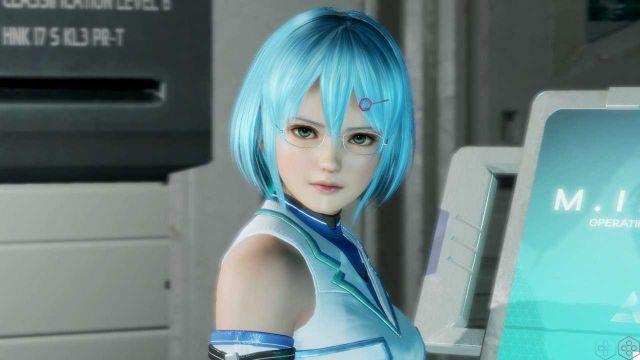 Dead or Alive 6: Last Round | Review

Dead or Alive 6, therefore, is a videogame that is anything but bad, indeed, it is really successful, but there is only one problem: the similarity with the previous chapter. It is true that it is part of the same saga, and it is also true that, if Dead or Alive 5: Last Round was so successful, it means that the formula proposed by Koei Tecmo Games and Team Ninja was spot on, but that should have constitute an incipit to overcome one's limits. We therefore hope that in the coming months the offer proposed by the developers will expand even more, transforming the already excellent title that is into something more, worthy of replacing the predecessor.

8.2 Great but not surprising

Review Deadly Premonition 2: A Blessing in Disguise, do we have a new cult? ❯