The simulation survival of Bohemia Interactive Studio has also arrived on PlayStation 4. Find out if this port of DayZ convinced us or not in our review!

Dayz standalone, in case you don't know, it comes from a mod made for ArmA II: a very famous simulation videogame. This is a title that really has many years on its back since the early access version came out for PC back in 2013: 6 years ago! After years of broken promises, Bohemia Interactive Studio has finally released DayZ also for PS4, proposing an offer that does not differ so much from the one that is the PC counterpart. Let's proceed step by step, going to thoroughly analyze all the points in our review. 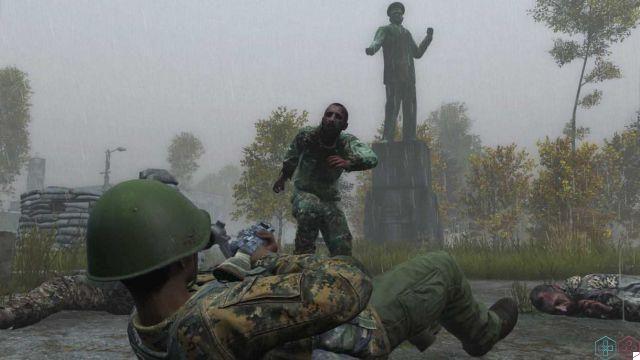 DayZ Standalone does not have various modes to choose from, but only online survival. In fact, in the home screen we could choose, among the various settings, only the server in which to access to start our adventure. A welcome addition for the PS4 version is the tutorial which is not playable, but written. Although a small tutorial is not enough to fully understand the complexity of the title, it will certainly be useful for newbies to introduce them to DayZ, at least understanding the meaning of the few icons present in the HUD.

Once the server has been chosen, we will find ourselves in the middle of nowhere and, armed with a few objects to ensure a slightly longer survival and a lot of patience, we will have to start taking the first steps where, at least once, there was a living soul. And well yes: in DayZ there will be no NPCs to talk to, missions to perform or subplots to follow, but you decide how to go ahead and where to go. The only other entities outside of you are the zombies and (obviously) the other players. 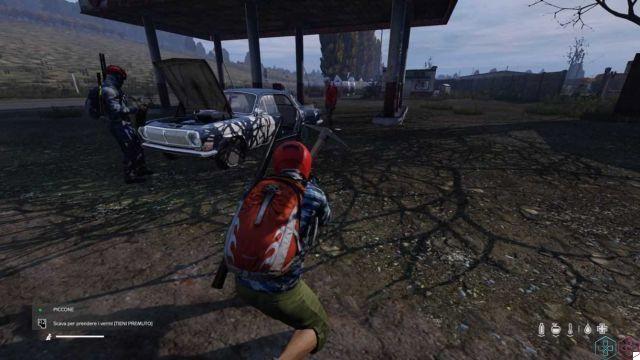 DayZ: death is around the corner… or the bush | Review

This is certainly one of the most complex and complete survival that the market offers at the moment. Indeed we will be able to build many objects and find just as many: from weapons to military equipment, to parts to repair cars and medicines to cure any disease. Each object found will have its use and, after a few hours of play, we will have a hard time choosing what to bring in our backpack, having to make difficult decisions that, in the worst case, will lead to the death of our PC.

Death plays a major role in DayZ as we will be in constant danger. It will not only be other players and zombies that will threaten us, but also certain wrong food choices such as drinking dirty water, the cold, an accidental fall, an illness and so on and so forth. Perhaps this is precisely what makes the atmosphere of this survival truly exciting, with a constantly growing anxiety factor, especially as we start to find better equipment, as one bullet could cause us to lose everything.

Yes, because by respawning we will lose everything we had with us, starting from another random point on the map, often very far from our body. Even if we manage to find our ex-character, there will probably be no objects inside as the players are always ready to loot, or almost everything will be damaged, especially if our death has occurred due to a group of zombies. 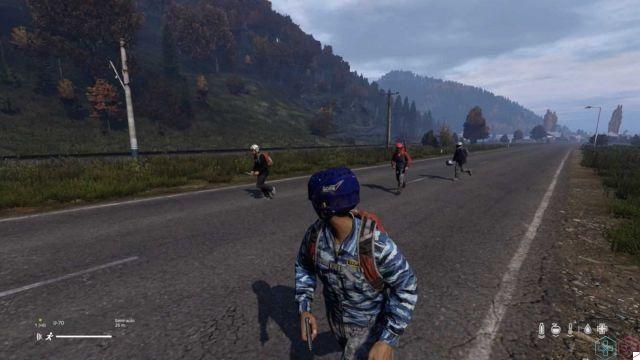 Share the experience with other companions, both friends and random people known in-game, is the best way to deal with DayZ. While there are a lot of chores to attend to, playing alone might bore you ahead of time. Playing in company, on the other hand, can turn the kilometer-long walks through the Russian fields into fun experiences, not to mention the fact that in a group everything becomes easier since you will be able to divide the supplies, help each other in the construction of bases and attack with more ease other groups, moving to the hottest points of the map: such as the military zone.

The game map is a portion of the imaginary Russian region “Chernarus” and extends for approximately 5450 km². Obviously, with such dimensions, even dozens and dozens of hours of play are not enough to learn it well and, although it goes against the nature of the game, our advice is to consult an external map, orienting yourself according to the road signs in order to do not find yourself perpetually in the middle of nowhere. 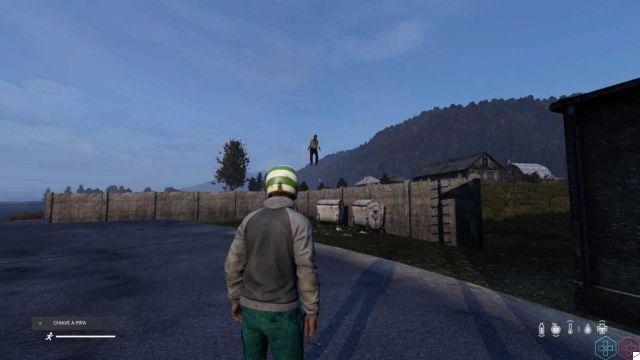 DayZ: good port, but there is still a lot of work to be done | Review

The port that Bohemia Interactive Studio has made available for PlayStation 4 is really noteworthy, since it is very similar to the PC proposal. The biggest problems are: frame rate drops, sometimes very heavy, server lag, several crashes and the really awkward inventory management. The bugs that plague DayZ, unfortunately, are there in all versions and, even if enough of them have been eliminated over the years, they continue to be numerous, especially with regard to zombies.

The zombies are really unpredictable, jerky and, when we engage in a fight they go to break that beautiful atmosphere, as sometimes they will even enter through closed doors. This is part, as we mentioned before, of the different problems that have always plagued the game and which, with the passage of time (crossing the fingers), will be solved.

The only ones differences from the PC version are: the lack of support for mods which represent a backbone of the PC counterpart since, in addition to adding objects, they improve features, not being able to rent a private server and not being able to access the experimental versions of the game, receiving stable updates some time after. 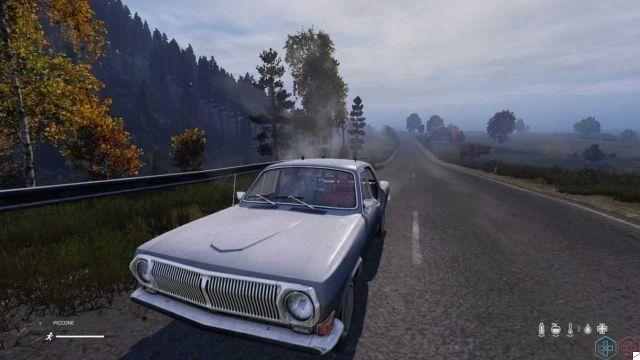 Once you join a server, the first thing that catches your eye is the graphic sector a little too backward, with not very high details and low quality textures. The main reasons are obviously: the size of the map, the cities and the amount of objects to load, but after a few hours of play it takes a back seat. What doesn't take a back seat is the frame lay, which becomes striking when we enter a big city, or when the game loads numerous elements on the screen.

The view is basic in third person, but with a double click of the R3 key it will switch to first. The third person is very useful for having a general overview of everything around us, while the first is essential in aiming with firearms. Also, some servers are set up so that only the latter can be used.

The sound sector has certainly required various studies from the developers, since everything will have its own sound. From our steps on the different surfaces that generate more or less noise, to the different weapon models, the sounds are really good and they increase the sense of immersion.

The survival for conscious gamers

DayZ is, as we have said, one of the most complete survival proposals of the moment, but it still needs a lot of work from the developers, who have been able to propose a port for PS4 all in all good (removed some problems that can be solved in the future). You could write a book about DayZ, and a review is not enough to describe its complexity, but one thing is certain: if you are looking for such a video game, you will fall in love with the amount of actions and choices you can make and its atmosphere will swallow you up.

add a comment of DayZ review: survival arrives on PS4