While waiting for Darksiders III, we recover its prequels in remastered versions for PC, PS4 and Xbox One. Will Darksiders Warmastered Edition be worthy of the original title? Let's find out together in this review

Darksiders III took a long time to wait, and now that November 27 is about to arrive, what better time than this to recover the old titles of the series? Especially since Darksiders III Blades & Whip Edition includes previous chapters in remastered versions. But without getting lost in chat, let's get to the point in this review!

Darksiders is a 2010 title released on previous generation consoles. It is a title belonging to a genre that has actually been missing in recent years. And many missed it, no one hoped for the third chapter of the saga until a few years ago. Darksiders is a very simple title: we are in a post apocalyptic world and we play one of the 4 horsemen of the apocalypse, War, wrongly accused of causing the end of the world. We will not give in easily to accusations, unjust, that have been made against us. These will not tarnish our honor as a knight. For this reason, not before a heated confrontation with the council, we will go back to earth to settle the chaos that now reigns supreme. 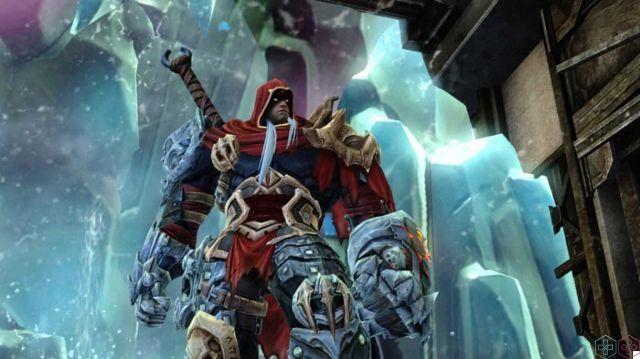 A very linear storyline, but full of twists, will take us on a grueling journey through a devastated world full of enemies and traitors. The title was quite successful at the time, although it faced several obstacles. These obstacles were dictated above all by the limitations of the old generation consoles which impacted a lot on the technical sector and fluidity. Will the remastered be able to restore glory to the title and eliminate the old defects of Darksiders?

The remaster of Darksiders it wasn't easy for developers to produce. In fact they had to find a fair compromise between the mechanics of the time, which they could not change, and a general upgrade of the rest of the technical sector. With the experience of Darksiders II Deathinitive edition, remaster of the second chapter released before Darksiders Warmastered Edition, their task has been simplified. In fact, it is noted that, thanks to the experience gathered, it was possible to divert efforts in the right direction.

The main problem with the original Darksiders was very low game fluency, with heavy frame drops ubiquitous. In this edition the developers have focused primarily on this aspect. Exploring the game world thoroughly, we did not notice any drop in frames, even in those situations that at the time were almost unplayable. In addition to this, a complex work of revisiting all the textures was done. 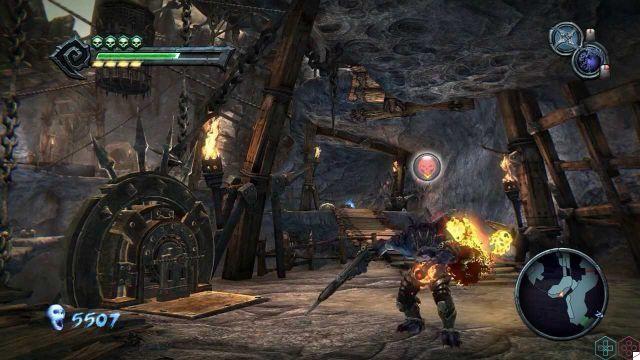 Another of the weaknesses of the original title, always linked to the old generation consoles, was inherent to the non-high resolution textures that had completely compromised the rendering of many landscapes. Reviewing them now really has a totally different effect. The game becomes more immersive and engaging and the music manages to be even more beautiful than it was as it is better contextualized. The increased immersion makes soundtracks enjoyable like never before.

The basic mechanics of the game, that is everything that is inherent to the combat system, the room etc, have remained unchanged. This makes it Darksiders Warmastered Edition un definitely old school title with all the pros and cons that go with it. However, we believe this choice is correct: it would have been a betrayal of the veterans of the title to change those mechanics that made, for better or for worse, fall in love with so many people in the saga.

Darksiders Warmastered Edition: War as you have never seen it | Review

Summing up, Darksiders Warmastered Edition is a great title. He perfectly manages to restore glory to the knight War allowing all fans to relive his adventure in a totally better way than in the past. It also allows those who have never lived the saga to become aware of the facts prior to Darksiders III. Guerra is a pillar in the plot of the saga, and one of the best characterized characters in the history of video games, seeing him in such splendid form made us really excited.

After all, a remastered should do just that: bring past glories back to life with all the benefits of subsequent generations. Task performed here in an excellent way for a title that will be a happy companion in anticipation of Darksiders III or a valid in-depth study after finishing the latter!