Dark Souls Remastered review, back in the dark

Seven years later we return to Lordran, to rediscover Miyazaki's masterpiece: Dark Souls Remastered is a nostalgia operation that has been successful, but which perhaps could also have been managed better. Let's find out why

You take your first steps, someone stronger than you crushes you, and then you die: it is not a metaphor for human life, even if it may seem so, but Dark Souls. The first Dark Souls, the one from which everything started, even if Demon Souls will always have its space in our hearts: two other chapters of the main series followed, including Dark Souls 3 developed directly for current generation consoles; then Bloodborne, which perhaps in some respects represents the culmination of its genre, despite the small defects that any work, any masterpiece inevitably presents.

Seven years later let's go back to Dark Souls, but why? Because Bandai Namco has launched the nostalgia operation par excellence, offering us Dark Souls Remastered in our hands: the title is currently available on PlayStation 4, Xbox One and PC, later in the summer it will also arrive on Nintendo Switch (there were some problems during development perhaps, it would not even be the first time). We know what you're thinking: that Dark Souls is already on your shelf as a true collector, in its PlayStation 3 case. But Bandai knows how to take us by the throat: technical reinterpretation, 4K, stable 60 FPS and even some changes to the online sector. So, do we want to get back together in Lordran or are you too afraid?

The flame is about to go out - Dark Souls Remastered review

We are sure that after seven years there is no need to explain the plot of Dark Souls, which is obviously the same as then also in Dark Souls Remastered: the intervention of Bandai Namco it was a technical one, not a content one. There are no new content, new characters, new weapons or DLC, you have the same game from 2011 in your hands, but dressed up to show up on PlayStation 4 in 2018. So you already know that the flame of life is about to go out: the world is shrouded in darkness, which threatens to swallow everything and everyone, and this time forever. But among men there are also survivors, the bearers of the Dark Sign; we are one of them, an undead imprisoned in a remote castle of Lordran. But since we are the protagonists we are also special, the chosen ones who will flee the castle, will travel to the far north to Lordran, the land of the Lords, facing enemies and dangers and dark places to save the First Flame. 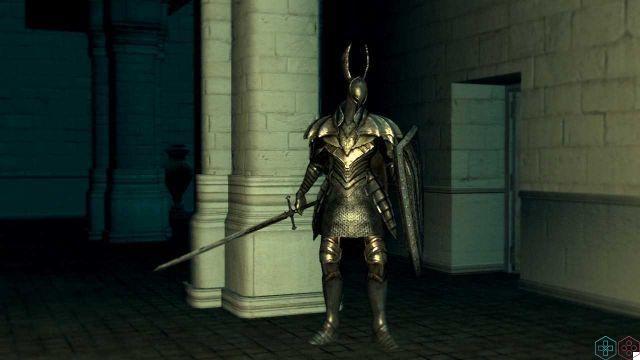 Dark Souls Remastered was and is a cruel game: a game in which we die a lot and often, in which for most of the time we are frustrated, afflicted and do not understand why our friend has already finished the game in three hours and we do not we can not overcome even the first group of enemies; this, at least, could be the reliable description of the newcomer. But Miyazaki and Bandai actually gave us a new chapter of a genre that has carved out a substantial niche of lovers, who praise it as the "real" video game: a title that teaches you, albeit in a cruel way, to develop skills, then put them into practice in an increasingly intelligent way , until victory; it teaches that one must persist and never give up, that by carefully studying a given situation no enemy is really impossible to defeat; and that of course the most talented players are rewarded in the fight against their peers, in the competitive online mode based on summons, invasions and sabers on the teeth.

Dark Souls Remastered is what the name itself says: the reissue of a title that already existed, which the publisher had promised to update from a graphic and technical point of view. And this is what happened on balance with the outcome of the restoration work, albeit with ambivalent results. Let's start with the merits: Dark Souls Remastered runs at 60 FPS granite on consoles, even in the infamous city, even in areas full of enemies, even where the lighting effects or the size of the opponents should undermine stability. And it gives us a 1080p picture on televisions FULL HD, which reaches 4K on PlayStation 4 Pro and on very significant visual levels on Xbox One X. Dark Souls Remastered therefore technically, at least focusing on these first aspects has been revised: we cannot speak of an alchemical prodigy, given that it is a title of 2011 and not of '68, and not even a miracle, because it is a remastered and not a remake (yes, we are among the few who still want to maintain a distinction between the two terms). 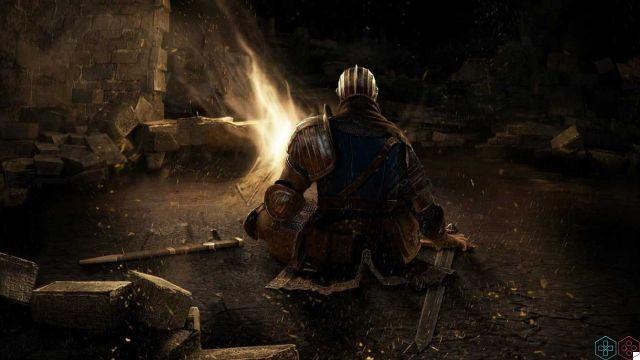 Dark Souls Remastered looks much more embarrassed when analyzed from the point of view of textures: they have been updated only in part, in a discontinuous and completely arbitrary way. In many cases they have certainly been improved (this is the case of those of the protagonist and various NPCs), but in others they have remained identical, making the contrast in certain situations a real eyesore. However, various environmental elements have undergone generic improvements on a visual level: this is the case of the fire of the bonfire, lightning and vegetation, that make the environments much more alive and credible than they were in the original title; also thanks to the new lighting system capable of providing real-time reflections. We therefore oscillate between these two extremes without being able to decide clearly for one or the other: now Dark Souls Remastered seems like a game made with approximation, driven by the need to quickly conclude the operation, now it appears instead. as the worthy re-edition of a chapter loved by fans and also important from the "historical" point of view of the series.

Dark Souls Remastered is at the same time a shrewd commercial operation, a superficial modernization and an essential title to add to your library for lovers of souls like. How is it possible that all these elements live on the same CD (or digital copy, if desired)? Quickly said: those who loved Dark Souls and Bloodborne never miss the opportunity to replay them, and are also satisfied with improvements so important, but limited and partial. Dark Souls Remastered needed more time, but the way it is on the market and the players it's fine - and in fact it's selling well. Our philosophy is very simple: if you have never tried the first chapter of the series, do it now; if you already have it within reach of PlayStation 3, wait for a price cut.

add a comment of Dark Souls Remastered review, back in the dark