A roguelike RPG that will give you a satisfying challenge. Let's find out Crown Trick in this review of the Nintendo Switch version

The roguelike genre has been making a comeback in recent years, particularly among independent productions. The success of titles like The Binding of Isaac or Spelunky has fueled one rebirth in titles based on continuous run, permadeath and procedural generation of levels. The game, developed by NExT Studios and published by Team 17, is positioned within this new found trend, while respecting the classic canons of the genre. Let's start the Crown Trick review to find out if the game can stand out from the crowd of indie titles available on PC and Nintendo Switch. 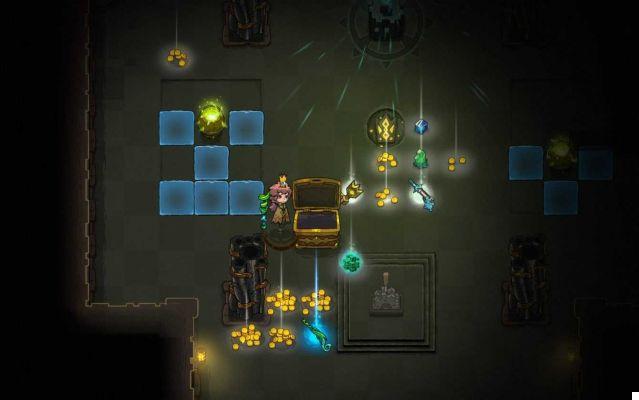 A little incipit and you immediately begin to familiarize yourself with the numerous game mechanics. The player is in control of Elle, a little girl who is tasked with delve into the Realm of Nightmares with the aim of defeating terrible creatures that endanger the Realm of reality. Accompanying us on this journey is Crown. It is, well, a crown, which decides to lend the protagonist his power to help her in her mission.

Although absolutely secondary, the plot is told through a series of gimmicks developed by the development team. Continuing in the course of the adventure several documents will be unlocked that tell the background of the events. Plus the secondary characters that we will free from the Realm of Nightmares they will be willing to talk to us from time to time. Let's move on to the real beating heart of Crown Trick, which will be the absolute protagonist of our review, that is the gameplay. 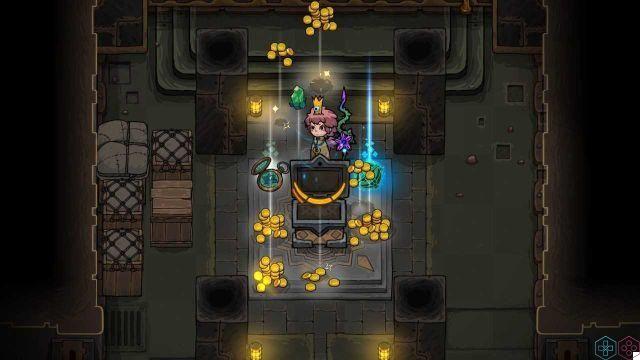 Within a market where every team wants to stand out as the most original game ever, Crown Trick does the simplest thing of all. In fact, it is enough to amaze him pick up the most typical stylistic features of roguelikes and bring them back to the present day. If we were to put the gameplay in one sentence: a turn-based RPG with an element-based system and a large pool of offensive options. Obviously analyzing in detail all the mechanics of Crown Trick is the task of our review, so let's get started.

As mentioned, the combat system is turn-based; every time Elle moves to a square on the map, the enemies react accordingly. Thinking carefully about each step is necessary if you don't want to find yourself in bad situations. The Blinks are fundamental, a sort of teleportation that not only allows you to move several squares, but does not consume the turn. The Blink will be the strongest weapon at your disposal, but resources are limited. 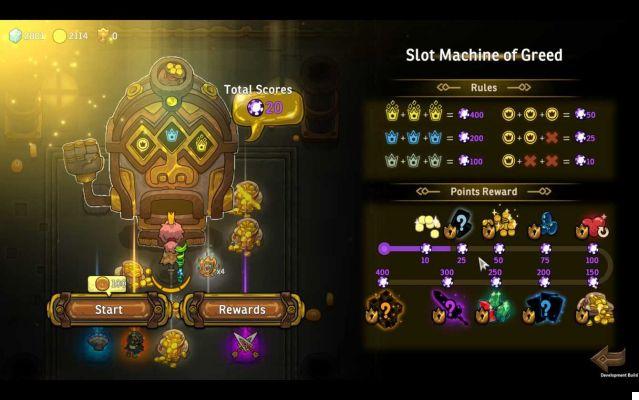 In terms of offensive options, Elle has several possibilities at its disposal. The first is obviously the weapon, there are different types, each with a specific attack range and active or passive abilities. The large amount of weapons and the different rarities present are able to satisfy on the variety front, a little less on that of balance. In fact, we have found that some types of weapons are more effective than others, decreasing valid options.

Furthermore, by defeating familiars, or specific mid-bosses present in some rooms, we will have the opportunity to equip them for get two elemental skills. Elements provide debuffs if traversed and can combine with each other for additional effects. The environmental interactivity in every room is excellent, often it is necessary to exploit not only our weapons, but also barrels and traps scattered everywhere.

The union of all these elements makes the Crown Trick gameplay complex and layered. Of course, initially the amount of notions to learn and texts to read (completely in English) may seem overwhelming, but soon you are able to master everything to the fullest. The HUD always provides all the information necessary to not miss anything, even if in some sporadic occasion it can be a bit cumbersome. 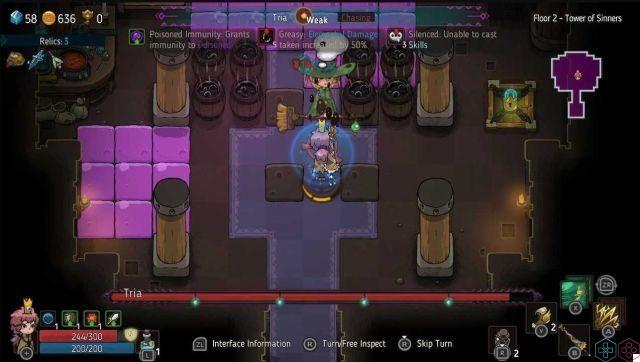 Despite the many arrows present in the arc of Elle, the Realm of Nightmares is an extremely dangerous place and the girl is fragile. The protagonist's health is limited and there are very few opportunities to heal. This results in the do not underestimate even the most mundane of rooms as a few hits can make all the difference. The difficulty level of Crown Trick is really high and leaves no room for errors, enough to be sometimes a bit frustrating.

Meticulous exploration is the key to success. In the dungeons we will find stale of different types, challenges, treasures and items that give passive bonuses. Not to mention secret rooms, random events and much more that we let you discover in your runs. The variety of situations is satisfactory, Crown Trick is a title that does not let itself be held back by its small production nature and offers a large amount of content.

Grinding run after run is unlikely to tire you, as Elle can count on when you wake up a series of NPCs that provide upgrades. This is how new more powerful items are unlocked, increases to Elle's stats and abilities. To nitpick, perhaps the power-ups need a excessive farming, which goes to emphasize a difficulty that is perhaps sometimes excessive. 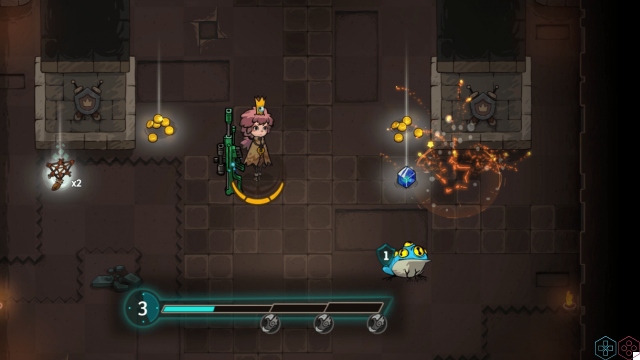 We conclude our Crown Trick review by analyzing the aesthetic aspect of the game. The glance is rather pleasant thanks to the use of hand drawn sprites for all characters and enemies present. We find ourselves captured from the first minutes thanks to a good characterization of the environments, although the latter sin a little variety in aesthetics, but not in level design.

The weak point of the game can only be the uploads, which on Nintendo Switch are decidedly long and dampen the pace of the action. Having to wait 30-40 seconds every time you start a run or level down can be annoying especially after a certain number of games played. Less important, however, are small slowdowns in the frame rate in the most chaotic situations, which do not disturb the pleasantness of the gameplay too much. 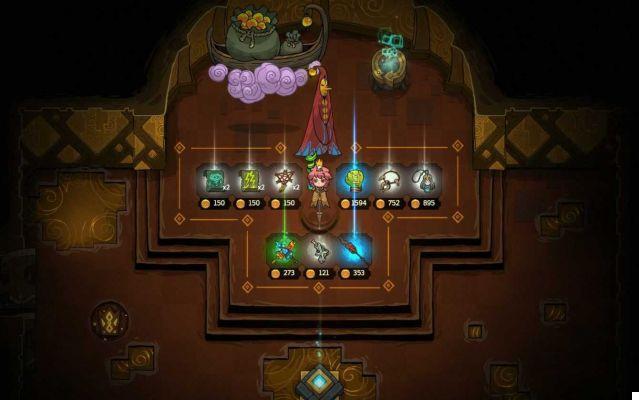 Eyes open in the Realm of Nightmares

Crown Trick manages to surprise without any use of special effects. If in the early stages it may be indigestible, a little application allows you to control the huge amount of elements on the screen. Net of some problems in the balance and in the length of the loads, the game proposes a stimulating experience, able to test anyone looking for a challenge that requires a lot of strategy and attention.

The Crown Trick review ends here. The game is available now on both Steam and Nintendo Switch for € 19,99, a price that we believe is more than valid than the quantity and quality of the content made available. Let us know if this review was useful to you and keep following us on the techigames pages to stay up to date on all the news from the world of video games and beyond!

add a comment of Crown Trick Review: A Dream Journey