Crackdown 3 <br> Long wait for nothing

After a wait of 5 years we finally got our hands on Crackdown 3, an exclusive title for Windows 10 and Xbox One, which looks like an open-world TPS. Will it live up to expectations? Let's find out in the review

Crackdown 3 was long overdue, it is a very troubled development title that is the last bastion of the old Microsoft. The expectations for this title were high on our part but, as you will have understood from the title, these have been disappointed.

Crackdown 3, when everything goes wrong | Review

The Beginning of Crackdown 3 is one of the classics that have made people love the series so much, we could sum it up in something like "epic joke gone bad". We are on a mission, or rather, we are about to arrive at our destination and our captain is making the classic speech to load the morale of the recruits but, right at the most beautiful, it all blows up. After this tragic event, time passes, we discover that we are the only survivors of our team but above all we learn of the fact that our executioners have passed themselves off as benefactors. Clearly all of this is not acceptable to us and therefore we will be on a war footing to put everything back in its place with the style that Crackdown has always accustomed us to.

The plot unfolds in a very linear way, leading us from time to time to search for and then kill the boss on duty, without any noteworthy twist, and with an all too rapid evolution. It only takes 8 hours to complete the single player campaign. A real shame because the city of New Providence is really very beautiful after all and we would have liked a better plot worthy of the place in which it takes place: there was plenty of room for more complex plots.


The combat system is instead the strong point of this title. We have a very fast-paced action, powered by the mechanic of shield recovery through enemy kills. Then the aiming system is excellent, which proved to be excellent like few TPS: just hook the enemy and shoot. The weapons are many but fewer than one would expect; the only big drawback is the lack of balance: some have oversized magazines. The environment in the story mode is not very destructible, while the driving system is bad, it seems to be back in 2007.

We are faced with two multiplayer modes, Agent Hunter and Territories, which turn out to be very old school. The first is to collect the badges of the enemy agents within a certain time limit to score points (up to a maximum of 25). The second instead focuses on the conquest and defense of different areas of the map. To score points you will have to keep the territory.

The maps are different from the single player mode and are very destructible. Overall it works very well, too bad only for the automatic aim which makes it less attractive. The teams are made up of 5 players and the matchmaking works well but not very well: sometimes there are problems finding a match. 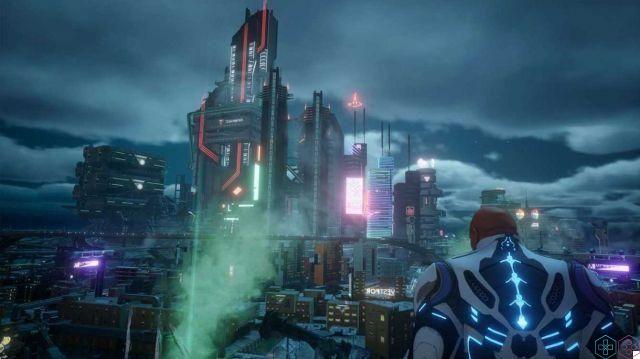 The technical sector is really behind the current landscape, it would have been nice 4 years ago but not today, in 2019. The cartoon style doesn't mind, but the title really suffers from the weight of the time elapsed between the start of development and the release of the game. The buildings are flat, the explosions nothing special and the textures are far too poorly defined, a real return to the past. Which is not at all good for the game which, on balance, fails to really offer anything more than its predecessors. Even the dubbing in Spanish is missing, and often there are several problems in moving in the game world and beyond.

We decided to show the comparison between the two versions of the game in a separate paragraph. We have in fact tested it on Xbox One S and on PC. What amazed us is how much better it still turns on the console. On Xbox One S we didn't notice any slowdowns or drops in frame rates with an experience that proved smooth enough all the time. On PC, however, the situation was very different. Let's start by saying that the graphics sector was not at all challenging for our test PC, however we suffered from many frame rate drops and even game crashes for no apparent reason. 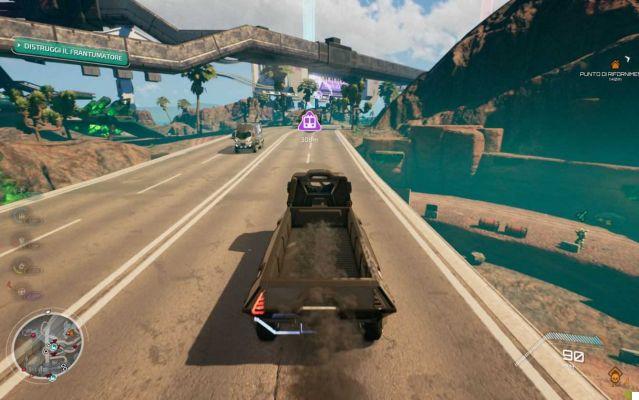 It seems that the porting to the PC was not successful at all and, for a title that costs 70 €, this is not acceptable. To confirm this, using mouse and keyboard as input system we ran into several problems, the most annoying is the loss of mouse control when accessing the game options. Similarly, using the Xbox One pad on PC we encountered the same problem, it seems that there is something wrong at the software level. We could then spend hours listing the different technical problems that afflict the title, the screenshot above can give you a taste.

Crackdown 3, long waiting for nothing | Review

In conclusion, Crackdown 3 is a simply disappointing title, offering nothing of anything to the player other than a lightening of the wallet. Do we recommend the purchase? Certainly not. What we recommend, if you are passionate about the saga, is to play it thanks to the Game Pass service. This title is a missed opportunity: it could have been a good game and instead it's just a sop for the fans. It would still have been a passable game if released in 2017 at its best, but in the 2019 title landscape there is really no room for a title that will soon end up in oblivion.

add a comment of Crackdown 3 <br> Long wait for nothing