Imagine several planets colonized by man for exclusive use for the construction of circuits for motorbike races. Can't you? Don't worry, Cologne, the indie racing game, will take care of all of this. We at techigames have tested it and here is our review

Nhneno Games has managed to combine the passion for the universe and that for motorcycle racing in Cologne, racing game indie which will take you between the various tracks of the various planets to conquer glory in the entire universe. Characterized by unique environments and particular circuits, the game will test you for the first place on the podium in every race. Let's see in more detail what it is thanks to our review.

Cologne: the history of the indie racing game | Review

The game is set in a distant future. The Earth was now dying and people were forced to leave their home planet. Many planets were found in the universe, but none of them could replace the original "blue planet". The men felt scattered and distant from what had been their previous life and so they decided to colonize some of these planets by building tracks on which to compete. Thus was born the desire to excel over other creatures belonging to different worlds.

Cologne: a look at the setting of the indie racing game | Review

When the game is started for the first time, a short tutorial which will allow us to settle into the game and understand its features. The game is set on 8 planets different each of which has a certain number of circuits for one total of 28 tracks different. There will be 3 mode in gara: 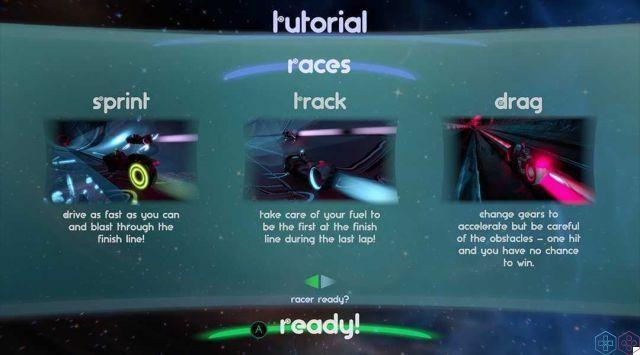 At the start of each race it will appear a screen that will present the circuit and provide us with some data on the planet it is on. Subsequently, a (non-skippable) movie will start showing us the circuit in all its length (externally, however).

This indie differs from other racing games by some important factors. During the races, in addition to avoiding the various obstacles along the track, the pilot will have to manage fuel and overheating engine and be careful of don't take too much damage. Along the route they will be distributed pimples bonus: 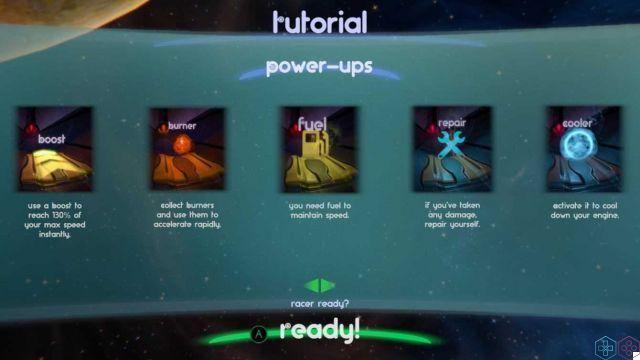 The main goal to complete the game is to colonize all planets. To do this, just win all the races on each planet. It will certainly not be an easy task, but thanks to the upgrades surely it will.

To upgrade our bikes (there are 3, one for each mode) we just need to access the garage section available in play screen. From here it will also be possible personalizzarle choosing the color that most inspires us and we can also change the color of our avatar e choose the name which should be displayed.

In the other section accessible from the play screen, however, we can select our mode: career (singleplayer) o worldwide racing (multiplayer).

La graphics Cologne is definitely not the best. The appearance of some circuits is very dark and tends to become almost completely black if you take too much damage. The color of the various bonuses on the circuit it sometimes turns out to be indistinguishable, especially when traveling at full power. This greatly affects the experience in the game and can irreparably compromise our race. There view it will be strictly in third person and it will not be possible to modify it in any way 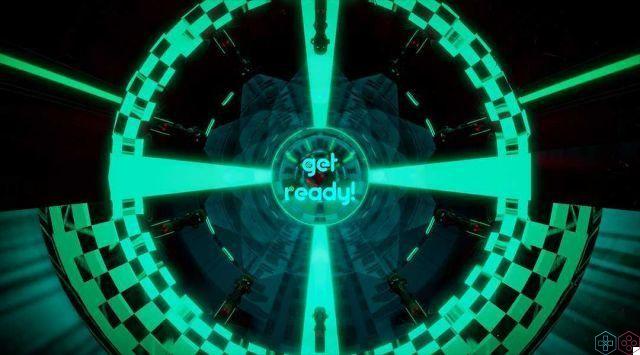 Il sound is poorly maintained. Some sound effects leave a lot to be desired and the background music if too loud does not allow the player to concentrate on the race, but rather becomes a distraction.

The setting of controls on the pad instead it is well calibrated, easy to understand and allows even less experienced players to be able to play immediately at their best, at least from this point of view.

We have now reached the end of the review and it is therefore time to "take stock". Cologne shows up with a good idea background for an indie racing game, but some technical problems cause its quality to drop. One of the main drawbacks, in addition to the less than optimal graphics, is the presence of some bugs that allow our opponents (we are talking about the career mode) to cross the barriers without slowing their race. It may seem like a trivial thing, but it risks compromising the race in an irreparable way.

Un other bug concerning the ride is due to positions. It can sometimes happen that while we are running we find ourselves in a certain position, while at the end of the race we will magically find ourselves further ahead or further behind.

Cologne isn't quite the best racing game around, but it's still a good indie if you will spend just a few minutes of leisure between one engagement and another. If instead you decide to complete it all then we can only wish you good luck.

Recall that Cologne is available for PC via Steam for € 9.99. Have you already tried it? Let us know what you think and if you use it as a pastime. If you liked the review and if you don't want to miss other news regarding the world of racing games like this indie, keep following the pages of techigames!

add a comment of Cologne review: run into space with the indie racing game