One of the most loved Call of Duty ever is back with a whole new look, let's find out all the details in this review of COD: Modern Warfare 2 Remastered

The Call of Duty saga, as we know, has never been (too) famous and known to the world for its single player campaigns. Often this game mode was regarded as a long tutorial to prepare the player for the real heart of the title: multiplayer. It is also true, however, that this choice has never been (too much, yes this time too) shared by fans of the saga who have always sought a single player sector. worthy of the name.

For this reason, those campaigns they have stuck in the minds of Activision community members made history and they were able to fully involve users. One of these is certainly that of COD: Modern Warfare 2, now available in a version Remastered; let's find out all the details related to this new edition in our review.

Before starting ours Review di COD: Modern Warfare 2 Remastered it is right to make a little reflection, historically framing the release of the "classic" version of this title. Eleven years ago the legend was born of one of the most beautiful single player campaigns of the most famous shooter saga in the world by Activision.

Let's talk about the year 2009, the year in which titles such as: Batman: Arkham Asylum, Final Fantasy XIII, Assassin's Creed II, Uncharted 2: The den of thieves (which will win the GOTY) enter the consoles and PCs of gamers and Call of Duty: Modern Warfare 2. A title that will change the fate of Activision and that will enter the heart of the community. Today, in the 2020, we have the opportunity to replay this title in a completely new graphic format.

Let's start immediately by saying, without any delay, that the remastering work of the title, by Activision and Beenox really is exceptional. The feeling you get when starting COD Modern Warfare 2 Remastered is that you are playing a title from this generation. Starting from texture, ending with the general impact offered by light games, passing through the character models and for the spectacularity of certain scenes, all with a frame rate stable even on PS4 base (on which the test was carried out) and seasoned with excellent management audio and sound effects.

Everything has been perfectly updated. However, we must consider that the starting point was equally valid. This title, in fact, in its classic and basic version, already represented a flagship from a technical point of view for its time. In a world, however, where there are lazy remastered, made with little heart and exclusively to give a sop to fans, this Call of Duty Modern Warfare 2 is really cast gold. 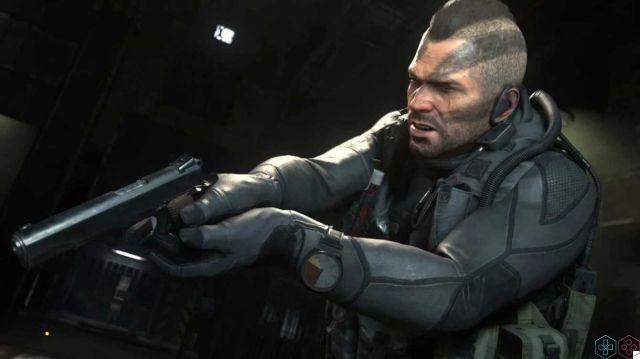 Have you ever heard ofcherry effect? It is about the sense of addiction that such a good fruit, like cherry, is able to give to those who eat it. It starts with one, then two, then another and so on, until you lose count. What this game does is exactly that. The missions of this campaign are associated with cherries. You start with a and go, again, until you lose count.


The beauty of this title lies in the ability to render missions always interesting. There is no time when you get bored, it goes on in a series of adrenaline, dramatic and stunning moments that manage to mask the repetitiveness of which this game is imbued. Whether it is to make a carnage within a airport, to run between Brazilian favelas or to defend Burger Town, the title mantra will always be one: run and shoot!

A run and shoot, however, which as previously mentioned is not felt, thanks also to the excellent level design which still remains imprinted in the mind today, so much so that it uses the same attack strategies, occupying the same commercials as 11 years ago. 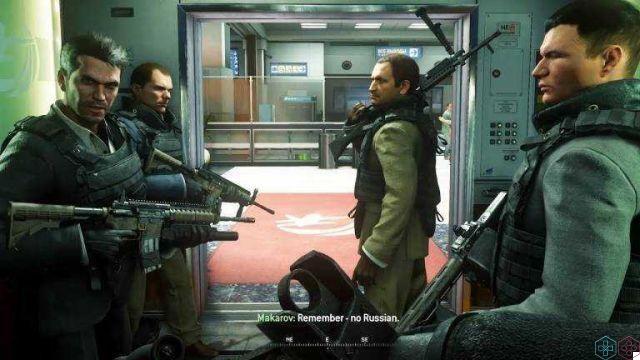 Is all that glitters gold? - COD Review: Modern Warfare 2 Remastered

Is all that glitters gold? According to what has been said so far in this one recensione COD: Modern Warfare 2 Remastered it would seem so. Unfortunately, however, we know that this is not the case. This remastered version has some flaws and as much as we may be fans and fond of this particular chapter we must point them out. The excellent work from the graphic point of view manages to divert attention from some small flaw that this title presents; But not always!

In fact, among the elements that we least liked of this remastered we find the physics, remained, in many phases, that of 2009 and therefore quite obsolete for a title of our time and which could have been treated more (let's say more precisely because in some cases some work, albeit minimal, on physics has been carried out). Furthermore, a few invisible walls too many risk penalizing the adventure a little. An adventure that many, newbies or not, could desist from undertaking a because of the price, in our opinion too high.


We are talking about 24,99€ for an experience of about 4 hours, which most players have already experienced and which after finishing (again) for just one time, risks remaining in the darkest depths of our libraries. Would a newbie buy a 4-hour FPS campaign at this price? This seems difficult to us. 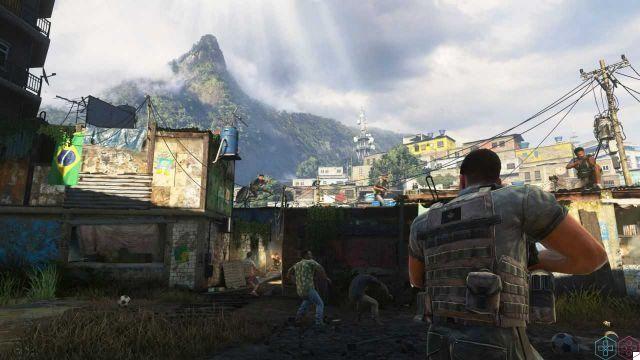 We come to the final stages of this one Review di COD: Modern Warfare 2 Remastered, a title that we particularly liked but which, like everyone, has some flaws. Above all the price. We would like to detach ourselves from those who would have also wanted a multiplayer sector (which they can enjoy extensively on Modern Warfare or for free on Warzone) especially at the € 24,99 front. Our reflection on the price tries to meet those who, this title, failed to try it in its first version.

One possibility, in our opinion, could have been to include this title in a bundle at a special price with the battle pass of what right now is Activision's flagship game: Warzone. Thus encouraging users not only to buy a piece of their past (or buy for the first time such a famous title that you hear so much about within the COD community) but also the battle pass of what is the game of the moment.

Let us know what you think, especially about our last one considerazione about. We remind you to stay tuned to techigames to follow all the news from the gaming world and beyond.

add a comment of COD Review: Modern Warfare 2 Remastered, why Shepard, why?