Call Of Duty Black Ops 4 review: return to origins but look at the present

The review of Call Of Duty Black Ops 4. A title that puts aside multiple jumps, space weapons and all the science fiction that has marked the latest episodes of the brand. A return to the origins, which however winks at the needs and desires of today's gamers

The title of Treyarch it is really rich in contents for every palate. The lack of a real campaign, which is replaced by a long tutorial, is felt. However, given the vastness of content offered in multiplayer, one can only appreciate the work of the developers.

In this review di Call Of Duty Black Ops 4 we will see an abundance of content, well-structured maps and a respectable gunplay. This beloved, hated, discussed and overplayed saga still keeps intact, in this last chapter, its conservative style but winks at the new "goals" of videogames.

In addition to the classics online FPS mode we find the return of a rich one "Zombies mode" and above all a modality Battle royal that has so depopulated, and continues, with Fortnite. Moreover, the latter mode is presented in Call Of Duty Black Ops 4 with a budget of "triple A". 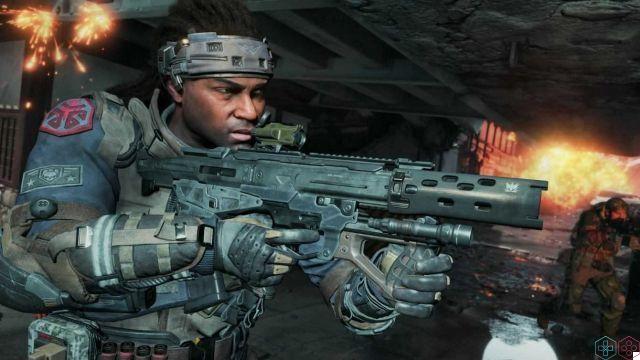 In this Call Of Duty Black Ops 4 review a key point to touch is the lack of a proper campaign. In this new chapter of the saga you will not find an articulated story and missions linked together to ensure a continuity between the events.

Of course, there is no shortage of interludes and spectacular cutscenes. The latter, however, are linked to each other only through long tutorials, by the modes and by the character classes.

Once you have chosen the character (and his respective class) you can proceed through three missions designed to teach the player how to make the most of the peculiarities of the same. Nothing exciting but that still remains useful for newcomers to the brand, but also for long-time players. In this way you will be able to become familiar with a layered and rich gameplay. I do not want to dwell too much on this mode that will probably be snubbed by most.

The campaign is certainly a welcome plus but, those who buy Call Of Duty Black Ops 4, do so mainly for its online content. Consequently, given the size of the latter, we can conditionally forgive this lack. 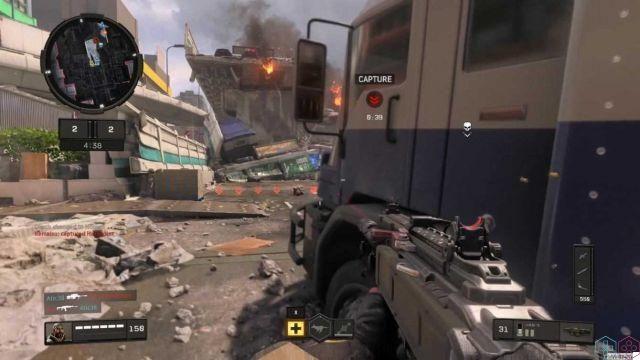 Call Of Duty Black Ops 4 review: many modes and some new good ones!

The time has come to talk about the multiplayer sector and the countless modes that make it up.

The modalities of the title are divided into three macro categories: Multiplayer, Zombi e Blackout.

The first mode we mentioned contains the classic online FPS challenges: Conquest, Robbery e All against all. Modalities that we already know and that do not change in this title! Obviously the part of the master in this case is played by the chosen class. Or so it should be.

To give a thoughtful and honest judgment it is really too early, there will probably be patches that will "nerf" some of them, in favor of the others, but right away we can say that many of the additional pluses offered by some classes, such as the dart signaler or grapple they are put in a bad light by the ability to heal or increase team life points with other classes.

A fundamental innovation in the gameplay is that of the life point recharge system. If before, in fact, the recovery of life was automatic, now it will be the player's concern to press the inherent button to use the medi kit. To make the most of these peculiarities it is good to create a well-knit team, this is undoubtedly the fulcrum wanted by the developers of Call Of Duty Black Ops 4.

With regard to the Zombies mode, wanted to celebrate 10 years from the first release of the same, we are in front of the largest game offer coming out on the same day as the title. The customization of the challenges and the level of commitment that players will have to put in to survive means that it is exhausting for us to have fun in a frenetic but lasting way.

Last but not least the modality: Blackout leading the system Battle Royale to a new level. Parachuting across the map without equipment into an area that gets smaller and smaller involves the player; thanks also to the "aim and shoot" system offered by a dynamic title but devoted to "killer instinct". 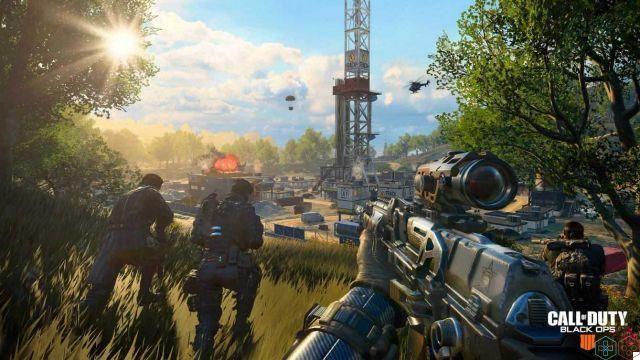 Call Of Duty Black Ops 4 review: a technical sector with too many smudges

Call Of Duty Black Ops 4 he does not flex his muscles with his technical sector which cannot keep up with its direct rivals. Acceptable and good looking polygonal textures and patterns are put in a bad light when compared to the work done by Dice. The 60 FPS are guaranteed up PlayStation 4 Pro but our test was done on the main FPS platform, the PC.

Unfortunately, the optimization in the version we tested is not exciting despite the shadows and (fairly) defined textures we have noticed some situations in which the game "turned its side".

Overall we can attest to that Call Of Duty Black ops 4 it is a title that innovates while maintaining its original nature. The solid gunplay and well-structured maps portend an exciting long course of gunplay and last-shot magazine challenges.

add a comment of Call Of Duty Black Ops 4 review: return to origins but look at the present