In this review we will let you know ours on Bus Simulator. We tried the Astragon and Stillalive Studios title on PlayStation 4

Developed by Still alive studios and published by astragon, Bus Simulator belongs to the category of simulation video games. In Bus Simulator, you are not only responsible for driving your bus, but you are responsible for the entire company. Get ready to create new routes e hire staff to increase the workforce e grow your business. But be careful not to go bankrupt! Let's get ready to discover the world of Bus Simulator.

The details of a world full of gas and petrol

Dopo un long introductory tutorial you can wander the streets of this imaginary city aboard your own Mercedes-Benz Citaro K. The main goal of Bus Simulator is to reintroduce a public transport system to this fictional European city and, of course, make a profit out of it. Bus Simulator is incredibly detailed and you are responsible for all functions of the bus you drive, from the doors, to the access ramp for people with disabilities, to the ticket office. 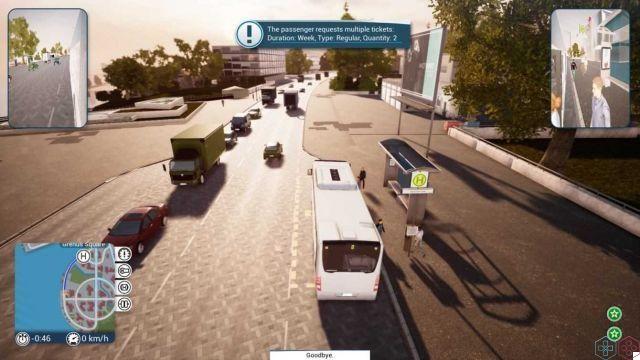 Bus Simulator offers you two points of view one in first person and one in third person. Before leaving, make sure you have turned on everything you need from lights to wipers in case of rain. Many of these functions are also assigned to a circular action menu which can be accessed by pressing the left button in the arrows of your pad. You will have one mini-map what is will lead to reach the next stop and pay attention to do not leave any passengers on the ground.


Along the way you will have to follow some traffic rules; such as stopping at red lights, slowing down in case of bumps, and obviously not accelerating excessively for avoid collisions (including pedestrians). Your success in urban racing will result in higher fares and, ultimately, the expansion of your business, But the failure to observe these rules of the road will entail heavy fines which negatively affect profits. You will have to complete the route on time and pay attention to delays your passengers may suffer.

Speaking of passenger, they are the first cause of waste of time. In fact, sometimes you will be forced to call them to order asking them to turn down the music or move away from the front doors. At the end of the journey, when the bus is empty and you have successfully parked it in the depot, you will also need to clean up the rubbish that the most rude passengers will leave on the seats. By performing a careful driving e completing goals you can unlock new areas of the map but also brand new buses. Don't despair soon you can also recruit new drivers for your company and assign them to routes created by you and customize your bus garage. 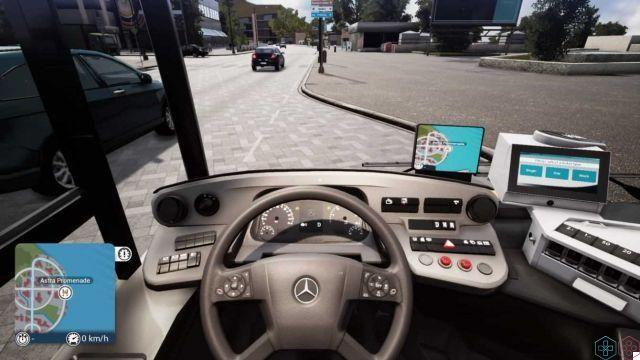 Speaking of graphics sometimes leaves something to be desired. Although the buses are studied in detail, the passengers are not well cared for. During my play sessions on Bus Simulator, I also encountered frequent frame drops. Speaking of the sound initially the music, especially during uploads, it turns out to be repetitive and annoying. But, fortunately, during the shift around the city the only sounds you will hear are those of your bus, of the stop booking bell and also i passengers talking to each other.

To complete a situation that is not exactly rosy, there are some small imperfections. First of all we can note the absence of visual damage due to collisions with any object on the map. Other than that, one notices shortage also in terms of the difference in grip on the asphalt in various conditions. In fact, both in case of rain and on dry asphalt the grip is the same, limiting the atmospheric effects to pure visual effects. In the game it shows the absence of the Spanish language. Although English is quite basic, some technical terms may be difficult for a good chunk of users to understand. 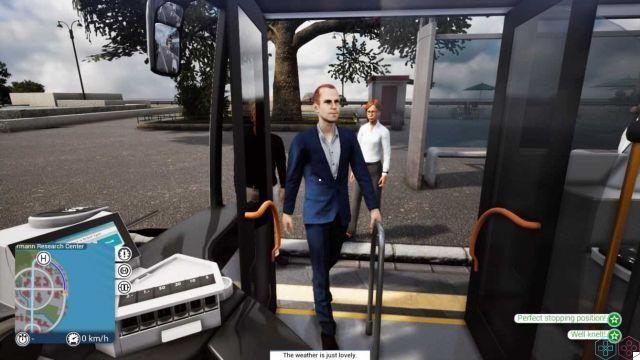 To conclude I can say that this game has enjoyed me a lot even if for the not lovers of the genre would be boring. I invite you, however, to give it a chance I remind you that Bus Simulator is available on PlayStation 4 and Xbox One. But in order not to miss any news on the world of video games, keep following the pages of techigames.

6.5 Suitable for fans of the genre

Call of Duty Modern Warfare Review: Back to the Future ❯

add a comment of Bus Simulator Review: Start Your Engines!