Blacksad Review: Under The Skin, nine lives and one murder

We were able to try on PC Blacksad: Under The Skin, the new investigative title for which we have prepared this review

After completing Blacksad: Under The Skin, we can finally talk in a review of one of the games that we have been waiting with some expectation at this end of 2019. Not many will know it, so know that it is an investigative title that follows what can be called a graphic adventure. The title is developed by Ys Interactive e Pendulo Studios, while it is published by Whatever e Microids. We were able to test Blacksad: Under The Skin on PC for this review, but the game is also available on Playstation 4 e Xbox One.

I have never been a fan of this genre, since I consider it simpler and less interactive than a "classic" graphic adventure. At the same time, however, I understand why this category has emerged and the older one has instead disappeared. In fact, I remember the moments when we got stuck without the possibility of going forward with solutions that were anything but "normal". On the other hand, this new "genre" brings with it new characteristics of certain importance and which should not be underestimated. 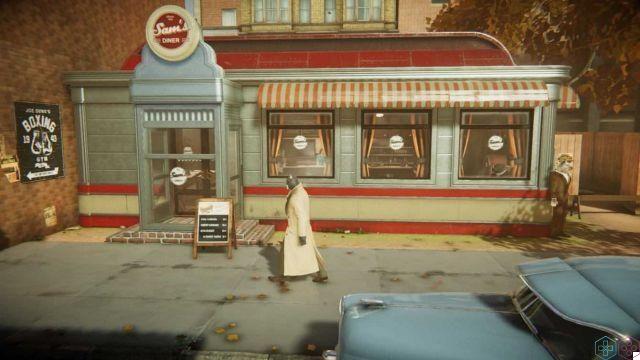 You are the detective, am I wrong?

As with many other investigative video games, essentially two things need to be done. Talking and analyzing artifacts. Everything is then seasoned with the well-known mechanics of the quick time event, which appears to be perhaps the only game dynamics. From this point of view it is impossible in this review not to compare Blacksad: Under The Skin to the video game series Sherlock Holmes di Frogswares. The gameplay is very similar, with lots of moral choices possible.


While I'm not a lover of these titles, I can't say it's not a mechanic that doesn't work. Especially in cases like this where the budget available to the company is limited. Absent is therefore a phase of free exploration and the possibility of carrying out secondary tasks, although there will be numerous possibilities with which to complete the story.

Surely the story is one of the points in favor of Blacksad: Under The Skin, as it manages to be interesting and intriguing as it proceeds. Some dialogue sequences are also well written and the post-war American world entirely inhabited by anthropomorphic animals has a certain charm. The possibilities are certainly excellent for possible sequels.

On the other hand, the title provides little freedom and the only case, albeit articulated, of the murder in the gym, but as already mentioned it could also be budget reasons. Unlike a LA Black, everything is restricted to "chance". There are no secondary cases, no multiple cases, to continue John Blacksad's story. No driving sessions or interrogations to complete properly.

The deductions, which in the game Rockstar Games we had to operate in our mind, here they are associated in a very similar way to what we saw with Sherlock Holmes. Sometimes they are actually trivial, but others turn out to be a bit on the verge of understandable. You can hardly ever make fatal mistakes in Blacksad: Under The Skin, at least not in the same way as in LA Noire. 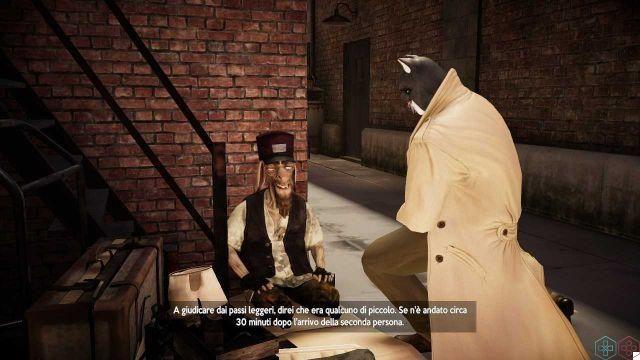 What certainly amazed me was the technical sector. Graphically, the game certainly cannot aspire to be among the best, but despite this it enjoys a certain graphic quality that is not bad, especially in other details. I must say that, without even having a particularly powerful computer, you can keep the details particularly high. I excluded in all my tests particular ones such as bloom and too high anti-aliasing.

Significant soundtrack and audio instead, without any doubt. The soundtrack that recalls the period of the fifties in the United States is a bit "repetitive" in this period of the videogame world. There are moments of pause too long perhaps between one track of the soundtrack and the other, but it is a minor detail. Dubbing, on the other hand, I don't know how to define it. Almost "disconcerting" that the title is of European origin and Spanish is missing among all the major languages. The subtitles present instead manifest errors that are sometimes important to understand the story and therefore the choices to be made in the speeches. 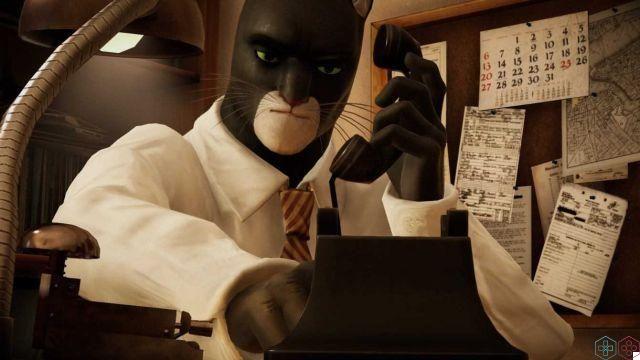 Instead, what amazed me was the bugs and the lack of solidity of the title. I expected the Blacksad: Under The Skin review would be pretty straightforward from a technical standpoint, but I had to restart the game three times to be able to complete it. In fact, the game, not allowing saving other than the automatic one, is susceptible to loading of corrupt sequences. The first case happened to me after I went out during a movie.

Blacksad never recovered and stuck me in a sequence with no escape route to the hospital. The second chance came when I took the sandwich to the homeless man. At that juncture, the models of John Blacksad, the protagonist, and the homeless man were not present and this led to the game crashing again, preventing me from any action to continue. Other video problems occurred during the game, such as the protagonist penetrating with a forklift, but these were events that never completely “broke” the game like those previously described. These can be passed over, since the title has yet to come out and corrective patches are always possible.

I also report one almost infinite amount of audio bugs. It has often happened that when I resumed a game, after a game shutdown or pause, the audio was completely skipped. Sometimes just the trace of the speech, other times in its entirety. Sometimes the bug was reversible, other times it wasn't. I also point out some rambling animations of more than one character, although I fear that this may be linked for some reason to the video settings of the title. Finally, some objects, such as a white hat, were not examinable in any way even though the game made me understand the opposite. 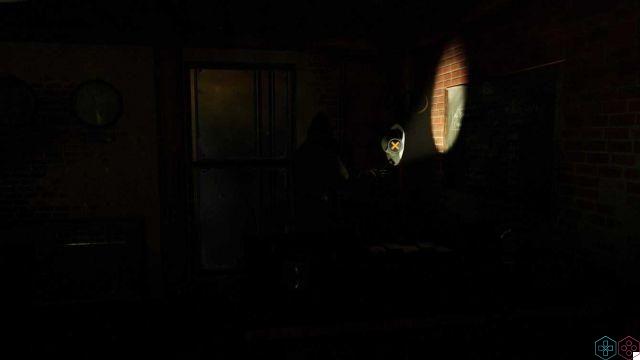 Ultimately I must say that I enjoyed and passionate about the story. The curiosity to find out who the culprits were haunted me for the duration of my matches. However, it is difficult for me to pick up Blacksad: Under The Skin after this review. The game is rather square, does not allow you to skip cutscenes or dialogues and is sometimes too slow in its pace.

The search for stickers, collectibles, does not push the player to try again, while the possibility of new paths to follow does. The fact that the story points more or less in one direction, with the slightest possibility of altering it, makes the replay value a little less captivating as a proposal however. On the other hand the character of John Blacksad, who comes from a comic, could give life to a series of investigative to keep an eye on. As a first attempt, however, it is more than enough and if a few patches corrected the errors scattered here and there it would be a great title.

Elsewhere it often happens to make gross errors in the dialogues because little is known about the main character and his world, but in this case Blacksad has been able to dose things, without overdoing it. The title also allows you to empathize with the characters, more than I have seen in other competitors, even more noble ones. If it weren't for the numerous bugs, would certainly deserve a higher vote.

add a comment of Blacksad Review: Under The Skin, nine lives and one murder