We are finally in the review phase for Black Desert Online, the fantasy MMORPG developed by Pearl Abyss and arrived in the West recently, after a great launch in the East. Black Desert is a Korean project that presents itself with all its magnificence, from all points of view, from gameplay to technique

Ambition pushes Black Desert like a locomotive does a train. Pearl Abyss he wanted to launch his MMORPG in the late West, the wait can be said to be worth it though. The game is presented at launch with all its basic size, many things to do, many things visible on the screen, obviously moved by the homonymous graphic engine "Black Desert". What stands out is its complexity, which goes beyond any MMORPG we are used to knowing, complexity that could become suffocating during the adventure.

Black Desert is a mammoth MMORPG in all respects

When we launch the client dedicated to the game and enter the main menu, it is immediately possible to choose the area of ​​belonging (Americas, Europe and Asia), once the server has been chosen it is possible to create our character, like any self-respecting MMORPG.

Let's start from the first, the classic Warrior with peculiar abilities concerning the open hand-to-hand combat, armed with a sword and shield has an excellent balance of strength and agility. The sword therefore offers a good attack rate, the shield is capable of parrying any type of frontal attack from the enemy.

The Warrior is an offensive class that refers to the classic knights or swordsmen of other videogame productions. Going to see Valkyria, she is a female warrior with the same skills as the warrior but capable of support skills, as well as attack and defense.


Valkyria possesses a multitude of passive abilities, can heal her companions on missions, attract the attention of enemies, and eliminate their defense temporarily. This makes Valkyria more of a tank than an offensive class.

The Ranger is an elven class, armed with a bow and dagger, it can be said that he is the classic figure of the thief in the RPG, he has a high rate of agility, less in attack, but capable of moving several interesting combos.

The Sorcerer and the Witch are the magical classes, male and female respectively, armed with a magic staff and a small sword. They are capable of unleashing powerful magical attacks, but also healing spells, distraction spells, etc. The Sorcerer and the Witch are the only classes that can resurrect a dead player, thanks to their skill. The Sorceress, a female figure, is characterized by ranged and melee attacks. Like the Ranger, it is also possible to perform various combos with the Sorceress.

Then we have the Berserker, a typical tank specialized in lethal melee attacks but very slow movements.

Finally there is the Tamer, a samurai characterized by movement speed and various area control skills, very useful in PvP. Once the introduction to the classes is completed, few compared to the oriental edition of the game, we dig into the meanders of the gameplay, discovering the strengths and weaknesses of this great production. 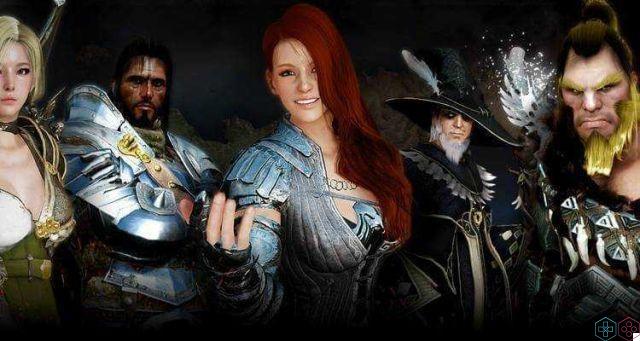 So many things to do… that can confuse the player

The gameplay of Black Desert Online, like any MMO, is characterized by the myriad of main and secondary quests that we can carry out within the game world. We are not talking about the usual missions of course, in fact each assignment that is assigned to us is always different from the previous one and in this the work done with the level design of the quests stands out.

Each assignment we complete will give us experience points, which can be spent on upgrades, skills and weapons of the character, the goal in essence is climb the levels until you reach the cap of 50. Not an easy undertaking, however, as you advance in the game the quests will become more and more difficult, we begin to face some creatures of the lowest level and then get to real giants. Character enhancement is the key to progressing in the game. As we said before, by completing the missions you get XP, these are divided into three packs: Contribution XP, Skill Point e Combat XP. The first are those earned from secondary tasks and are used to improve interaction with the game world, for example knowing how to build a house or interact with certain NPCs. The Skill Points are the real skills related to the character, relatively active or passive that are collected in a skill tree, and finally we have the Combat XP, earned with the fights finished in positive and are responsible for the growth of the level linked to the personage.

All this information is not explicitly revealed in the game, it is up to the player to understand, of course this is a sore point. Often in these great productions the players end up feeling a sense of dispersiveness, that's exactly what makes Black Desert Online feel. 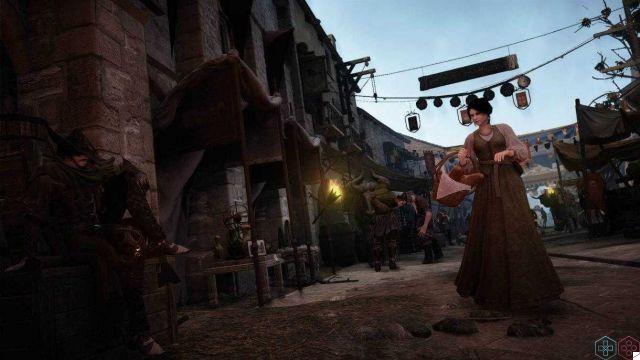 The game map is not as big as other RPGs but it is big enough to get lost in its meanders. On the one hand, the game world offers a stratospheric morphology, complete in every detail, from the mountains to the plains, on the other hand, however, this aspect makes the adventure dispersive, risking losing focus.

A real tutorial that introduces the basics of the game does not exist. At the beginning of the adventure, when we have chosen the class, a character customization screen opens. For the more geeks, this phase could take more than an hour, the personalization is profound and the fields where it is possible to act are varied. For each part of the body you can act on seven or eight fields, from the musculature to the color of the skin, passing to the clothes, facial expressions, hair, eyes, nose, mouth, etc.

We finally arrive at Black Desert's highlight, combat. Such was it extensively optimized for keyboard and mouse, essentially it is a simple basic configuration but with the pressure of more keys you could give life to more complex combos. The combat system is based on two slashes, one normal and one powerful, a special move, the parry with the shield (if the class foresees it) and the dodge. With the left mouse button it is possible to attack, assisted with the WASD configuration of the character's movement it is possible to assemble several interesting combos, for example by pressing the left attack button and D on the keyboard it is possible to inflict on the enemy a saber with dodging to the right to stun the enemy and shelter from any attacks. The combat system is quite simple, accessible to everyone, but able to satisfy the player by studying and putting into practice new combos. If there is one functional aspect of Black Desert Online, that is the combat system. 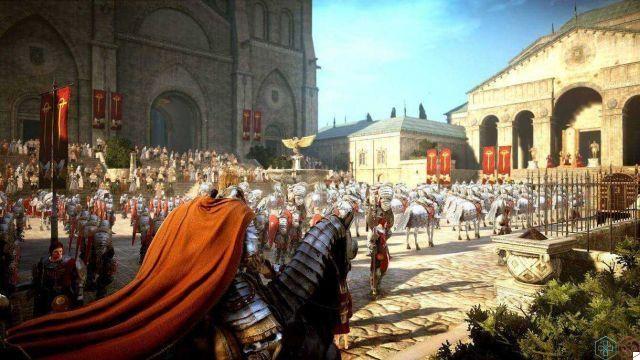 Black Desert Online is a feast for the eyes

Black Desert Online is beautiful to see, as well as to play. The game comes with a technical sector that has nothing to envy to other productions of the same genre.

On a high-end configuration, the game performs well at 1080p while maintaining 60 frames. However, we found some problems in the stability, perhaps due to the game client itself. Several patches have been released at launch to fix the aforementioned problems, the team therefore wanted to ensure the best experience ever.

The models of the characters, of the external structures and of the vegetation have been done well, for the textures the same can be said even if we have noticed some burrs. The polygons of the characters seem of excellent quality, even if we have noticed some uncertainty in the NPCs. As mentioned before, the morphology of the map guarantees an excellent variety, mountains, plains, hills and coastlines on the sea. There are small villages, medium-sized villages up to real towns with walls and so on. In short, the world of Black Desert is well done and above all the player has the freedom to go anywhere.

8 A must have for lovers of the genre