A couple of bandits are trying to escape from prison. In the Bandido and Bandida review you will find out how to stop their escape or, if you prefer, you can help them escape together

Bandido (2019) and Bandida (2020) are two pocket games from Helvetiq, a publishing house of games and books based in Switzerland.

Both games 1 to 4 players can be played, the game mode is cooperative.

In both Bandido and Bandida the setup is the same: you place the super card in the center of the table after choosing whether to use the side with the 5 exits (easy level) or with the 6 exits (normal level), then you give three cards to each player.

In Bandida there is only a small difference, if a player happens to have an Alarm card he has to put it back in the deck and draw another one. This type of card is marked with a pictogram on the back.

As for the regulation, we need to differentiate the two versions.

The player must place one of his cards so that it connects to one or more cards on the table.

Once the card has been placed, a new one must be drawn from the draw pile and the turn passes to the next player.

NB. If during his turn a player cannot place any of the three cards he has in his hand, then he can put them on the bottom of the deck and draw three more.

Also in this version the basic regulation is like that of Bandido, with the difference that in this case there are cards that have objects drawn on them that trigger special actions when they are placed on the table.

In this mode, the Scala card is removed from the deck and left in the box. 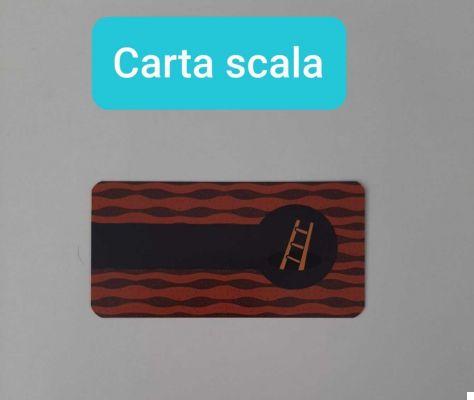 End of the game:

He escape routes they all come locked Partita è won.

If, on the other hand, it remains open even just an escape route, the Bandido or the Bandida managed to escape and you you lose.

Bandido only has one game mode, while Bandida has three.

It is what was explained in the section "Setup and regulation" of the article, in this mode the fugitive must be blocked.

In this mode, the ladder card is mixed together with the others.

The aim of the game is to close all exits except one, which is the one where you are going to place the Stair card. But be careful! You must be able to place it before the draw pile runs out.

In this mode you can only play it if you also have the Bandido game.

The object of the game is to join the two super cards through the tunnels and close all tunnels, except the one where the Stair card will be placed.

Also in this case the super Bandido card and the Scala card must be placed before the draw pile is exhausted.

As already mentioned in the regulation of Bandit, in deck of cards are present 10 item cards that once placed on the table activate special mandatory actions. Let's go and see them specifically: 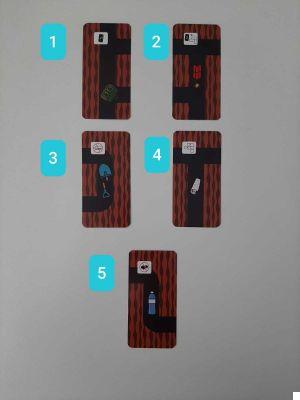 Finally, among the special cards we also have the alarm cards (already mentioned above) that are not part of the item cards. When you draw one of these cards you are forced to cast it immediately even if your turn is over and you draw another card to always have at least three in your hand.

The effect of the alarm cards affects all players and based on the white symbol that we find on the card, two special actions can be activated: 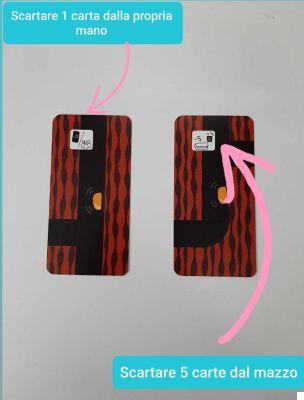 I was already in love with Bandido just watching the first showcases, when I tried it I liked it even more. It is a really nice filler to start whenever the situation allows it and then the pocket format allows you to always carry it around because it is not cluttered.

As for Bandida, the packaging format and the basic game mode, that is to stop the attempt to escape, are the same as Bandido, but in this new all-female role, two more game modes have been added. Personally, I find the game mode more interesting in which we have to stop the escape of the two lovers, because this allows you to also use Bandido if you have already purchased it previously.

Small curiosity: during the quarantine a print and play of this Covid-19 themed game was made available.

I leave you two short videos of the Helvetiq on Bandido and Bandida to get an idea of ​​how a game is played.

add a comment of Bandit and Bandit Review: Eat Bonnie and Clyde