Balthazar's Dream Review: 2 hours in the world of dreams

An indie game with a platform flavor: Will Balthazar's Dream be able to offer quality entertainment? Let's find out together during this review

Balthazar's Dream it's a indie which comes in the form of pixel art: it certainly doesn't make high resolution textures its strong point. It is introduced as a lightweight, platforming game with an interesting story behind it. In fact we will impersonate Balthazar, trustworthy dog ​​who sees his owner go into a coma following an accident and this is where our story starts. We find ourselves in the dream of Balthazar to try to revive the master by fighting with a "dark" force.

Without making spoilers, it is difficult to make people understand how deep such a simple plot can be. Suffice it to say that everything revolves around Balthazar's devotion to his master, and around this a series of events are built that tell the story in a very emotional way. It will certainly move the most sensitive players, but it probably won't scratch everyone's heart. 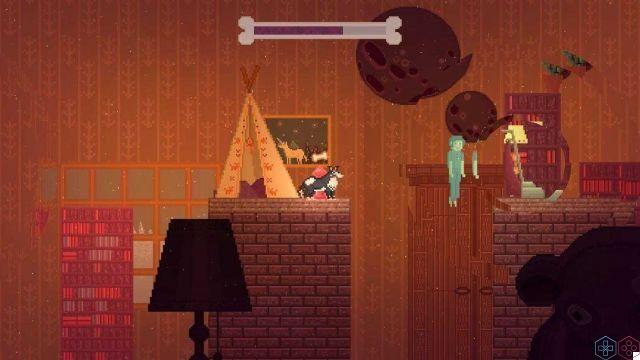 After briefly introducing the plot of Balthazar's Dream, let's go and analyze it the technical aspect and gameplay.

Well done is there colonna sonora, always spot on and flawless, while a little less the "jumps" between the different musical themes. Overall the melodies are always interesting, and well accompany the visual sector and the various settings. The settings are built in a sarcastic way around the vision of a dog on the web. In fact, there has been much emphasis on the aspects of daily life del "doggo" (as is known to most people, "doggo" often indicates the comic vision of the dog on the web).

Such aspects make the player laugh a lot contrasting the serious plot, at least in the early stages. Later they become a bit too repetitive gags and at times they tire a lot. Excellent management of commands and movement of the character: the pad is recommended but also the keyboard does not mind. 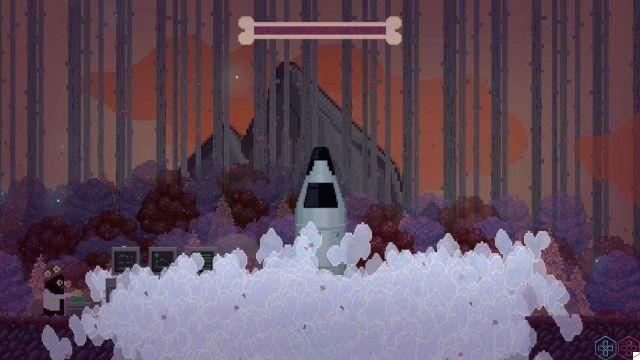 Pixel art with particular dynamics… but not too long-lived

The most difficult levels of this game are built on the way the screen progresses. Obviously, being in pixel art, the title is not very expensive in terms of resources and it runs well even on fairly old-fashioned PCs. Pixel art graphics are always pleasant, even if not excellent. There is a lot of attention to detail and animations but often you get the feeling that something is missing. It is not possible to understand well what ... but this leaves a bitter taste in the mouth, as it would take little to have, in our opinion, much more.

Among the most successful dynamics we point out that of the "fear”That our Balthazar feels for certain objects and enemies: through this will be able to move more agile, but only in opposite direction with respect to the source of phobia. Along with it there are many other small goodies, such as levels in "flight". These dynamics deserve a separate chapter.

The only big flaw in this game is his longevity. We have concluded it in just 2 and a half hours, proceeding calmly and without forcing your hand too much.

Balthazar's Dream is definitely a unique title. It is easily noticeable high above the screen bar "bone" which acts as a bit of a ribbon. It can run out in two different ways: slow when Balthazar climbs a rope or loose ground, quicklyand when Balthazar is afraid of something. In the first case, when the bar is discharged, the dog falls from the object where it was. In the second case Balthazar will shoot in the opposite direction to the source of fear, note that these emanate a sort of "area of ​​effect"Within which you feel the influence of the same. This dynamic is often exploited in the course of the game to be able to add variability to the platform part. In the course of the game it will then be possible throw some objects, like balls and branches to interact with enemies and the environment. These objects will be both useful in defeating some enemies, and necessary to advance in the level by acting as a shortcut or "key" to add distant switches and places otherwise inaccessible. 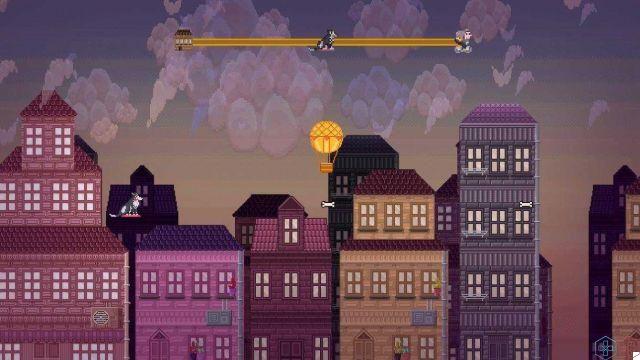 There are three different areas, separated by as many bosses, which have a total of 10 chapters. In each area there are different enemies. In the first two chapters we find similar game dynamics, while in the last we will face a series of "flying" levels where we will even have "bone missiles" to launch at enemies. These levels break a little too much with the rest of the gameplay, they seem a little out of tune compared to the rest. Note that these clashes are all different from each other: not bad for an indie. We point out that the save points are very frequent. This is good since ours Balthazar "dies" easily:  many enemies "shoot" someone inflicts more hits and to finish the falls they kill. We leave you the pleasure of understanding how to survive within this nice dream!

Balthazar's Dream is a game that we recommend to lovers of indie and platformers looking for something light and relaxing. It does not last long, but it manages to involve very player and the soundtracks are excellent! Too bad for the not always soft transitions between them, but we are confident in an update that puts a patch on this small lack.

We report the availability on Amazon of soundtrack, of which we recommend the purchase!

Battlefield V review: are we fighting the same war? ❯

add a comment of Balthazar's Dream Review: 2 hours in the world of dreams