After we talked about it in preview some time ago, here we are going to do the review of Autonauts now that it is out

Autonauts it is finally released on Steam and we, who had already talked about it in preview here on techigames, come back to be able to talk about it in more detail. Some things will be left out to give more space to what we could not talk about in the aforementioned article, so I invite you to reread it to get an even more complete picture.

For those who have not read the preview, I inform you briefly that Autonauts is a management game in which we will have to administer a colony on an uninhabited "planet". It is not a classic managerial, where structures are built, but it is a cross between a Build game and a real management system. 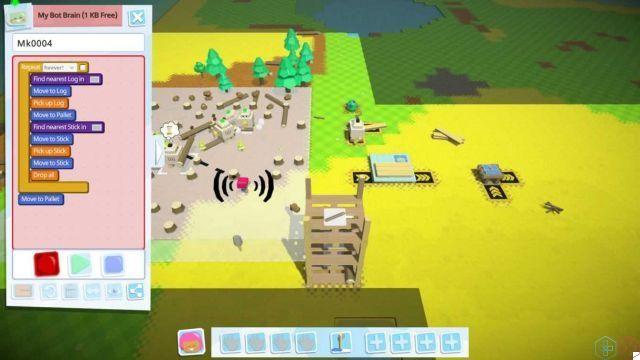 Better automate everything I have else to do! - Autonauts Review

As we had already said in the preview, the Autonauts gameplay is basically that. The mechanics have been expanded from the test we could do and now it is possible to do many more activities. The ability to automate each task remains vital so as to leave the tasks to the robots and not to the player character himself and that's it.

Even the commands with which to program the robots seem to have been slightly revised and it is now much easier to organize their activities. There are, however, a couple of things that perhaps deserve to be reviewed, especially in the case of loops, which are not immediately clear, especially with regard to termination conditions.

Compared to the preview version, we have had the opportunity to automate everything, up to leaving our robots almost in complete autonomy to work for our interest. It is also possible to research a truly significant amount of objects and "structures" in order to further extend the gaming experience. 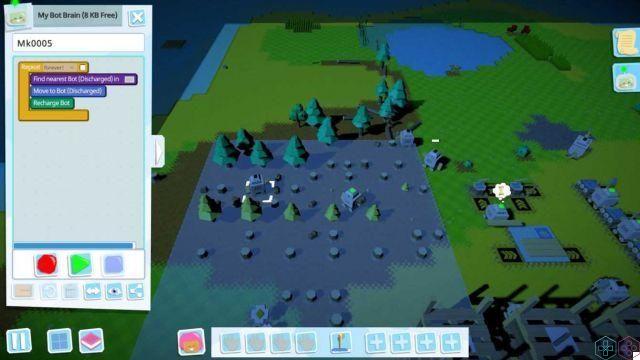 The learning curve would be a bit tough at first if it weren't for the game tutorial, which however, ends up being at times oppressive like few things in the world. We had a hard time completing it without the idea "now I close and go alone" passing through our minds. Personal advice in this regard, follow it because it will help you, a lot, to navigate the game interface.

This thing did not change between preview and review and maybe it was time to redefine it a bit. It must also be said that however these tutorials clearly explain not only the game mechanics, otherwise simple, but clarify the interface of the title. Without them it would not have been so easy to write this review of Autonauts.

Graphically we have very little to say about the title since we have already been able to try it and we talked about it in the preview, which I invite you to read again. The same goes for the soundtrack, which seemed to us to be the same as the one we have already heard. The same argument in this review of Autonauts applies to the sound effects, cute as we had already seen. 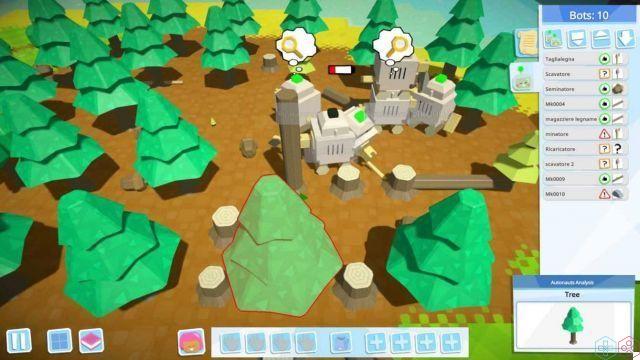 Concluding this Autonauts review hasn't been that easy these days. The title developed by Denki and produced by Digital Curve it is quite articulate as far as it may seem from what is seen at first sight. The simplistic graphics in fact hides a depth of no small importance that needs a little experience to be fully learned. It is not simply a matter of “programming” the various robot workers, but also understanding how to make them completely self-sufficient. Basically it helps considerably to know how to organize as very few titles do.


Autonauts is a title that also manages to be challenging and at the same time an excellent, relaxing pastime, thanks to its extremely light atmosphere. Obviously we must take into account that it is necessary to turn your head a little from time to time to be able to proceed without getting stuck doing the same things over and over again. Ultimately, given the low cost of the title, we cannot fail to recommend Autonauts, given its flaws and strengths.

add a comment of Autonauts <br> Fast-paced, yet colorful automation