In this review we will talk about Astria Ascending, the title developed by Artisan Studio that is inspired by classic Japanese role-playing video games

Within the RPG genre there have always been two main schools of thought, the Western and the Eastern one. The games belonging to this second current are usually defined as JRPG (short for Japanese Role Play Games), having been Japan for years the epicenter of Asian videogame production. While it was not developed by an Asia-based company, there is no doubt that Astria ascending take inspiration from this trend.

Within the title developed by Artisan Studio, the influences deriving from classics such as final Fantasy e Dragon Quest, both in terms of game mechanics and aesthetic choices. On the other hand, the game certainly does not want to limit itself to being a tribute to the masterpieces of the past and tries, while remaining very faithful to the stylistic features of its genre of reference, to affirm its individuality. In this review we will find out if Astria Ascending's choice to adopt a historical formula has proved successful.

An ascent to heaven which is also a condemnation

Let's start this review by talking about the setting of Astria Ascending which, thanks above all to the aesthetic choices made by the development team, is one of its strengths. The events narrated in this game take place in the imaginary world of Orcanon, while its protagonists are the Demigod, the heroes called to defend it. Among them are representatives of all races present in the world and of all strata of society; to unite them is their destiny: after three years of activity, they are destined to ascend, that is, to sacrifice their lives to reinforce the laws that maintain the balance of the world.

Just when there are a few months left before the time of ascension, a threat never seen before it strikes the world. The Astrae, the representatives of the gods on Earth, have allied themselves with the monstrous Noise and they are attacking the inhabitants of Orcanon. The task of the Demigods is to put an end to this attack and they soon discover that, contrary to what it may seem, the unprecedented situation concerns them personally.

The plot, intriguing even if at times excessively convoluted, was created in collaboration with Kazushige Nojima, who in the past took part in the writing of the subject of some chapters of the Final Fantasy saga. Unfortunately, the potential of Nojima's work is severely limited by the excessively slow pace at which events unfold. In fact, it is difficult to remain involved in the events of the characters, especially in the first part. 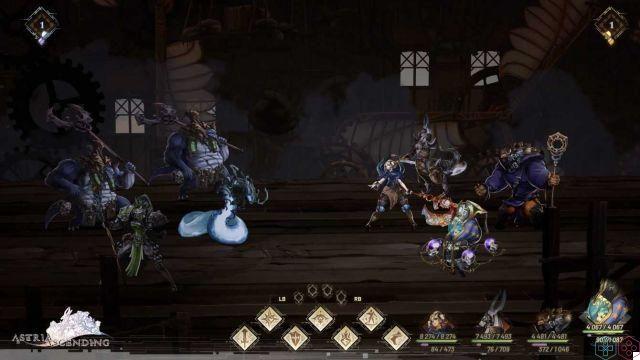 Between the JRPG and the Platform - Astria Ascending Review

Il gameplay by Astria Ascending certainly does not stand out for their originality. This is in fact clearly taken from the aforementioned classic Japanese role-playing video game titles. However, the mechanics related to exploration, which instead incorporate some characteristics of the Platform. The movement is in fact limited to lateral scrolling only and the player, in order to advance, is called to solve puzzles and jump from one platform to another. This system fits within a 2D graphic compartment and is functional to the exhibition of the excellent work done by the artists in the creation of the environments.

Always within the exploration phase, one is often called upon to interact with the elements that make up the environment in order to be able to move forward. It is a pity, however, that, except for the NPCs, there are no elements with which to interface to get more information about the history or characteristics of the place you are exploring. Their presence would in fact have given vitality to the world that the characters pass through.

Where the game is instead perfectly faithful to the style of the JRPG is in combat, organized in shifts, and in the character management. The latter strikes favorably for its depth, as well as for the relative freedom it guarantees: all the characters have more than one strength and the player is asked to choose which aspect to increase. The combat phase is instead all too classic and, although devoid of particular defects, it is not particularly brilliant. 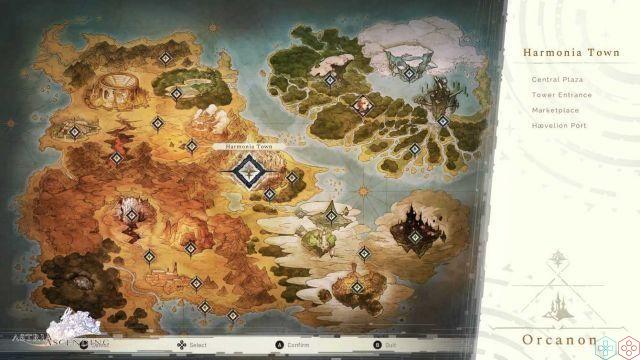 In several places in this review, the aesthetic beauty by Astria Ascending; the game makes no secret of focusing a lot on the visual aspect, which was created starting from hand drawn backgrounds. The latter immediately strike for their quality and contribute greatly to elevating the player's experience.

Less inspired is the character design which, especially for those of the human race, takes up many of the clichés typical of the manga style. In any case, once again the work done by the designers is worthy of commendation, who have made different models of each character to make sure that their appearance suits the type of equipment and the type of build that relies on them.

The beauty of the rooms is then flanked by the order and clarity of the management menus, which suggest a clear and careful artistic direction. A less inspired moment is instead the level design, especially when it comes to dungeons. Within these, it is clear that aesthetic research has been partly sacrificed to focus instead on playability.

Despite the complex passages and the various pitfalls that are called to face, these caves end up being all very similar to each other. Finally, it is fair to point out that, even with regard to the visual aspect, Astria Ascending tends to bring to mind having games of the past. In particular, the aforementioned level design is clearly inspired by Valkyrie profiles and, in the long run, the dejà vu effect ends up tiring. 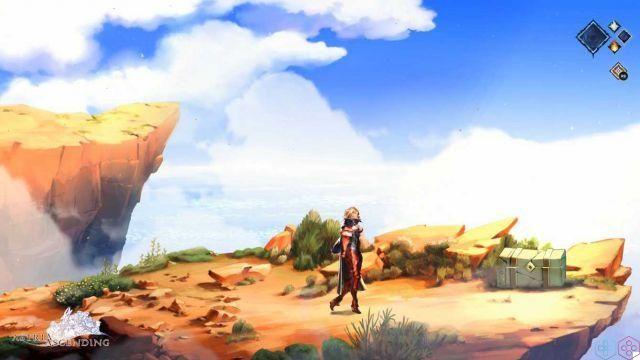 In virtually every section of this review we have indicated how Astria ascending refer to a game from the past. In fact, despite the care that the development team has placed in its realization, the game ends up being a purely derivative product, almost totally devoid of unique elements. On the other hand, despite this lack of originality, the video game can count on one cured aesthetics and on one artistic direction of the highest level.

The lack of originality could disturb fans of this genre, who will find nothing new in Astria Ascending. On the other hand, for those who are not used to the JRPG, the title of Artisan Studio could be an opportunity to approach this trend.

Astria Ascending was released on 30 Settembre and is available for Xbox One, Xbox Series X | S, PlayStation 4, PlayStation 5, Nintendo Switch and PC. Keep following us on techigames to read reviews, insights and specials dedicated to the best games of the past and present. If you are interested in buying this or another game, we suggest you take a look at the vast Instant Gaming catalog.

add a comment of Astria Ascending Review: A JRPG Classic