In this review we will tell you about the Nintendo Switch version of Asterix & Obelix XXL, the remastered of the original Asterix and Obelix action-adventure for PS2

Many of you will probably know Asterix and Obelix, the two roosters belonging to the well-known French comic created by René Goscinny e Albert Uderzo. Over the years these two characters have become very popular all over the world and obviously have also been the protagonists of numerous videogame tie-ins.

Asterix & Obelix XXL was one of Asterix's video games for PS2 most loved by comic fans and now thanks to Osome Studio e Microids we can relive it with a new remastered. Will the French software house be able to restore luster to this old title? Discover it with us thanks to ours review of the Nintendo Switch version of Asterix & Obelix XXL.

Asterix and Obelix to the rescue

Asterix and Obelix are two galli who live inside the last village that still manages to resist the Roman conquest attempts. One morning the two leave their homes to hunt wild boars and during this short period of time the village is attacked by Caesar's army. Upon their return, Asterix and Obelix will find Roman soldiers waiting for them and they will discover that all their friends have been captured and imprisoned in every corner of the empire. Fortunately, the two warriors are always ready for anything and won't wait a second before go in search of their companions.

This is the incipit of Asterix & Obelix XXL. As you can see the story is extremely simple and during the adventure there will be no particular turning points. In any case, the plot is all in all enjoyable, also thanks to some small intervention by some historical characters of the comics. 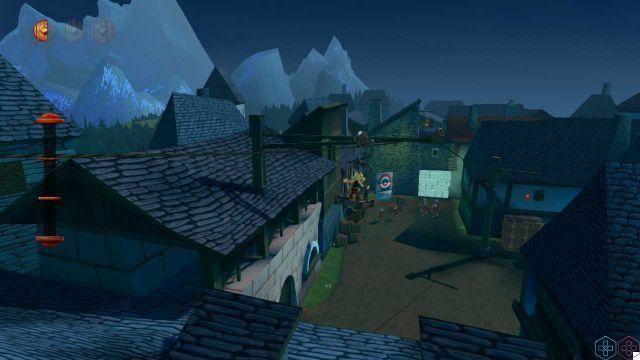 During the adventure you will have to control Asterix or Obelix to overcome long levels full of puzzles and Roman soldiers. The two roosters are very different from each other and consequently possess different abilities. For example Asterix is ​​able to use torches to light kegs of gunpowder and can get very strong drinking some potions, while Obelix is ​​capable of destroying metal crates and move very heavy objects.

Despite these differences, in combat the two warriors will be completely identical (except for a small variation in damage output). Both Asterix and Obelix will have to defeat the Roman soldiers hitting them repeatedly until they are defeated, but luckily the clashes are made a little more varied thanks to the presence of combo. By hitting opponents many times in a row you will in fact fill the combo indicator, which can then be used to perform devastating attacks. Also, by damaging the soldiers enough, you can grab them and use them as a weapon to weaken all other nearby enemies.

As well as the story, the gameplay of Asterix & Obelix XXL is really very simple. THE cooperative puzzles between Asterix and Obelix they are very nice, but over time they will end up repeating the same dynamics over and over again. The fighting instead they have aged a lot, since each fight will be resolved simply by pressing the attack button endlessly and then using a combo when the relative bar is full. During the adventure you will also meet some boss, but unfortunately they will always be identical and will defeat each other with very similar methods.

Even with regards to exploration, the title does not shine, given that the levels are always linear and they only hide fairly anonymous collectibles. The only slightly more interesting element is the stems, of the monuments that will allow you to start some time trials entirely new based on an exclusive remastered mechanic. 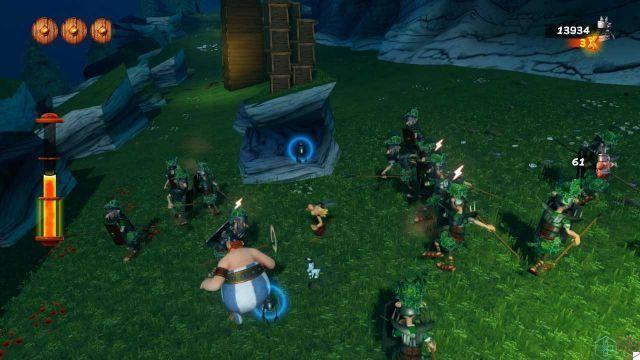 The new remastered version of Asterix & Obelix XXL delivers several improvements, such as new animations, improved shadows, refined models, new music and more details, but also introduces a large number of new issues. For example in the course of our test we came across badly positioned models, graphic glitches, absent particles, lighting problems and so on. Particularly the effect of water flowing or splashing is rendered in a very bad way to say the least and much lower than the original title.

The biggest problem, however, is the stability of the software. The game will constantly have a unstable framerate that in the most agitated situations it will go down in a really dizzying way. These terrible frame drops really damage the gaming experience a lot, making the title almost unplayable in some moments.

Luckily the developers have thought about including one in the remastered very nice feature which manages to limit the damage a bit. In fact, with the simple press of a button it's possible switch at any time from the remastered version of the game to the original one. In this way it is possible to observe the differences with the title of 2003 and slightly limit frame drops. 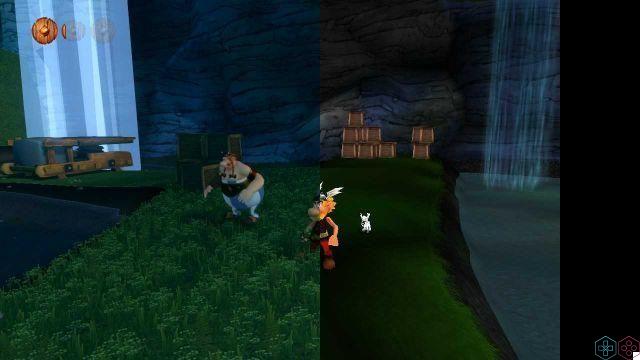 Asterix & Obelix XXL is a title that feels the weight of the years a lot, but which some nostalgic fans or very young gamers may still find enjoyable. Unfortunately, however, the remastered offers a far from improved experience compared to the original game. THE call in fps transform the hottest fights into a terrifying experience and often even switching to the original graphics do not have major improvements (at least on Nintendo Switch where our test took place). If you feel like replaying this title, maybe you better dust off your old PlayStation 2.

The remastered of Asterix & Obelix XXL is available now for Nintendo Switch, PS4 and Xbox One. If you are interested in staying up to date with all the news on the world of video games and much more, then keep following us here on techigames.