A battle between ancient gods in a highly addictive strategic adventure. Here is the review of Ash of Gods: Redemption

We are back in the review corner again with a title for lovers of turn-based strategy, Ash of Gods: Redemption. The game, developed by Aurum Dust, is a turn-based strategy adventure with some card game mechanics. The title features a very particular gameplay with a truly distinctive story and style. Let's see them together in this game review.

Ash of Gods: Redemption will make you taste the strategies of a god | Review

The title produced by Aurum Dust is a turn-based strategy game in which you will go a long way to defeat an ancient evil. Your task will be to support an ancient god in his battle against gods corrupted by darkness. To do this you will have at your disposal a chessboard where you can move your characters and make them fight. In the fights you will be able to field different characters, each with different abilities and statistics, even if in the end you will refer above all to three identifiable leaders as the main characters.

The gameplay of the game is made even more special spells that are rendered in the form of cards, usable only once per game. The game is very complex and each game offers a truly intense strategic level experience. Another point in favor of the gameplay, there is no random component therefore the game does not foresee unforeseen events dictated by fate. You can play in single player mode in the story or in multiplayer. 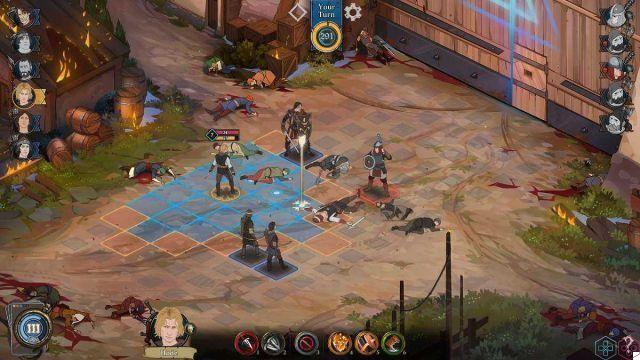 As we have already mentioned, Ash of Gods: Redemption is a game that combines the characteristics of a strategic one with those of a narrated adventure. The narrative aspect is a very important component, to the point of engaging about 30% of the game. This will be a moment in which you can learn, through the dialogues, the story of the game.

During the dialogues it will be possible to give different answers and, in some of them, especially with the enemies, your answers could involve bonuses, unique cards, penalties and wounds. The various dialogues will reveal the plot of the story and all the sub-plots of your leading characters that you will take with you. However in most cases these "narrative dialogues" will really reveal themselves interminable and verbose. Even if translated, the dialogues are very heavy to read and have little impact. 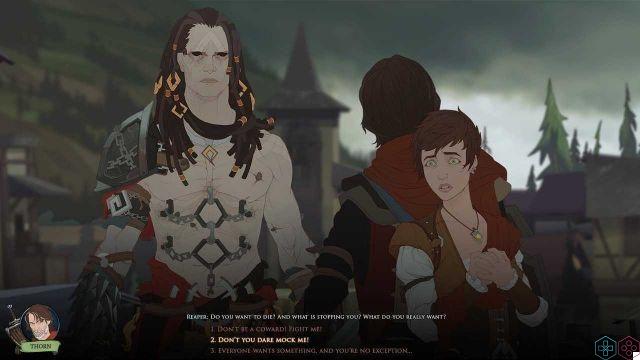 Ash of Gods: Redemption and the technical sector

Ash of Gods is a game made with a particular graphic style that accompanies the player both in the narrative phases and during the games. The highly sought-after graphic style is really well done and guarantees the game a really impressive fluidity without almost ever dips. Of course, we are not praising a 4K resolution or a 60 fps frame rate but rather a very unique and refined graphic choice and a certain style. Moreover, he thinks about making a side dish to this graphic a truly remarkable audio sector. The background music in particular create an epic atmosphere and put a lot of emphasis on the game's storytelling and animated scenes.

Is Ash of Gods: Redemption that unique?

Ash of Gods: Redemption is a game that undoubtedly presents a very particular gameplay with a truly refined style that, however, will seem familiar to lovers of this genre. The game, for anyone who has tried it, will remember a lot The Banner Saga. Both the graphics and some mechanics are taken from the aforementioned game and, seen in this light, Ash of Gods does not seem so unique. It must be said that for the work on what it is the gameplay tends to diverge the two games and undoubtedly all lovers of The Banner Saga will find a great replacement in Ash of Gods. 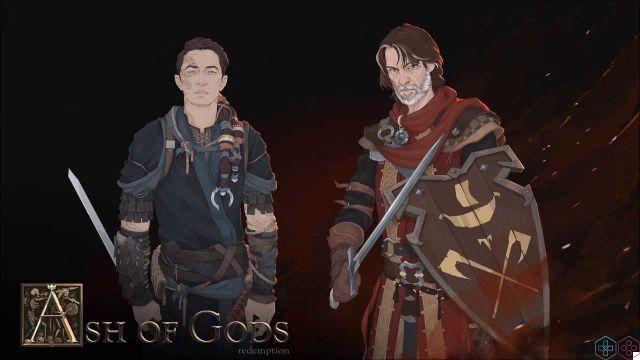 I remind you that the game is available on Steam at a price of € 22,99 and that, based on the statements of the developers, it will also be released for Xbox One and PlayStation 4. We at techigames, as always, will be here to bring you the news in preview on this and much more so keep following us.

7 A valuable strategy but not perfect