Announced the DayOne of the Third Spanish Edition of Arkham Horror: from 26 September it will finally arrive in the homes of Spanish players. Pre-orders for the game, distributed in Spain by Asmodee, are open today

It is one of the most popular cooperative board games ever: Arkham Horror has reached its Third Edition, also out in Spain on the 26th of this month and already available for pre-order. Take on the role of occult investigators once again and wander the streets of Arkham in search of clues. Search the neighborhoods, stop the opening of the portals and put an end to the plans of the fearsome cultists. You have little time before the Ancient One awakens and the world faces destruction. 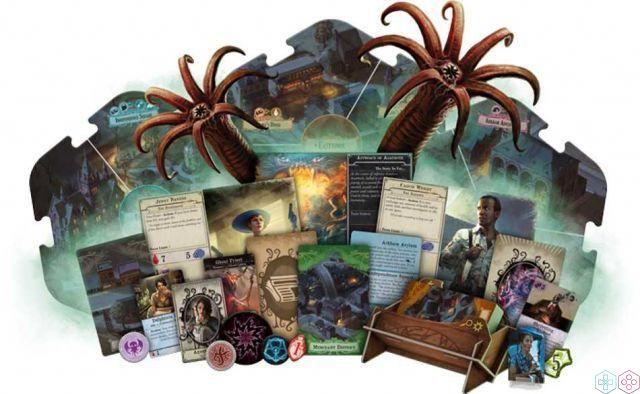 The new version of the game promises to give players back all the thrill and charm they were already used to, while also guaranteeing innovation and lightness. In fact, the narrative thread that connects all the previous Arkhams remains unchanged, as well as the choice of investigators, the scheme of actions in the turns and the movement through the streets of the city. But on the other hand, In this Third Edition of Arkham Horror comes new card graphics and new mechanics, created to increase interactivity with the game.

No more board, which is adapted in the form of a modular map of the city, to ensure greater interaction with the expansions. The myth cards also disappear, replaced by myth tokens that activate different effects designed to upset the structure of Arkham. The anomaly cards also appear, new encounters that will test the sanity of the investigators at the table.

In summary, this Third Edition of Arkham Horror seems to keep the narrative heart of the game intact, while modernizing the mechanical and graphic sector. What are you waiting for, then? The pre-order is open, and all that remains is to wait for the Spanish version to arrive on September 26th. 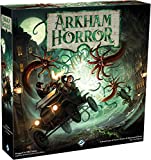