AO Tennis 2 Review: We are on the right track!

We analyze in this review AO Tennis 2, the second chapter of the official videogame series of the Australian Open tournament by Big Ant Studios

AO Tennis 2 comes out as a sequel to that AO International Tennis that flew under the radar of many players, even if it offered one of the best virtual tennis experiences for the current generation (after several patches at least). It is known that tennis games now affect an increasingly narrow niche, as evidenced by the almost total absence of dedicated games for the current generation, but the latest effort by the little Big Ant Studios has the potential to surprise both enthusiasts and newbies to the genre.

The recent Tennis World Tour had disappointed enough, and no sequel to the excellent Top Spin 4 from 9 years ago has been released. There was therefore a need to re-occupy the market share of non-arcade tennis games, which had been left empty for so long. AO Tennis 2 is in fact placed in the middle between the arcade (best represented recently by Mario Tennis Aces) and the simulation. While tending more to the second, the game remains absolutely accessible to everyone, as we will elaborate on later. So let's analyze in this review the second official video game dedicated to theAustralian Open, seeing the differences with the first chapter, and above all to whom it is addressed.

A few too many problems in the technical sector

Let's take away perhaps the most critical point of the title immediately, talking about everything related to the technical realization. The fairly low budget and the small development team certainly played an important role here, but the various aspects that still need to be improved should still be noted. While some player models are more than decent, many others, surprisingly including that of Rafael Nadal, do not differ much from the woody aspect and little in step with the times of the first chapter. The animations in the interludes are also quite inconsistent, with some done really well and others very unnatural. In general, however, the transitions from one animation to another are not handled well.


even the sound compartment it certainly has a high margin for improvement, particularly in the sounds of the audience and the players themselves. A small note should also be made to the Spanish translation, which presents some errors and inaccuracies. In the graphics settings, for example, the refresh rate of the monitor has become “frame capacity”. A minor aspect but which certainly contributes to the fairly crude appearance of the game are the previews of the maps, really ugly and poorly maintained. 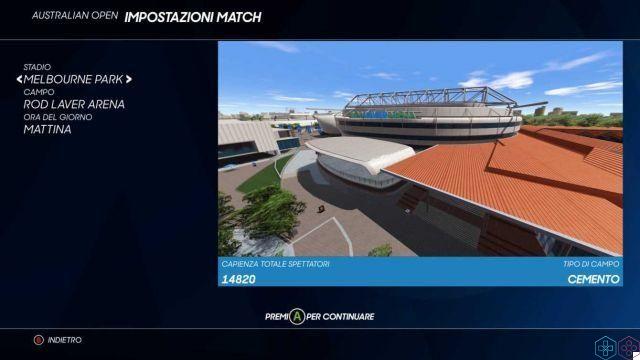 It must be said, however, that instead the technical realization in the actual game phases, the ones that really matter, it is really excellent. The animations appear smooth and quite natural, and even the sounds and movements of the ball are realistic and satisfying. The physics engine has improved compared to that of the previous chapter but in some cases it is still not fully convincing. Moreover, even the polygonal rigidity and baseness of spectators and field operators appear to be minor problems. In fact, it will be very difficult to concentrate if you do not intend to let the opponent win. The tested version of AO Tennis 2 is the PC version, and as expected from a sports title, the performances are absolutely excellent and the title will run very well even on low-powered machines. 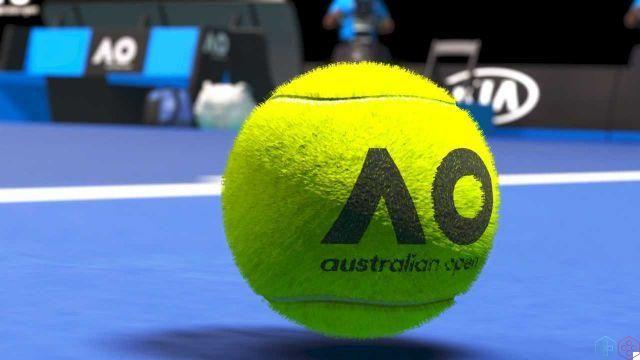 The most important aspect in such a game is definitely the gameplay pad (or mouse and keyboard) in hand. With mouse and keyboard, or rather, with keyboard and that's it, the commands are not uncomfortable but a little more woody. In general, as with almost all sports titles, a controller is definitely more recommended, also having the added value of vibration. Initially the commands (basically identical to those of the first chapter) can be quite complicated, however after the tutorial and above all a few hours of play you get used to it, and all exchanges become fluid and natural.


It is essential to try to increase the degree of difficulty as soon as possible, since in Newcomer and Amateur the opponent will not really push us to take advantage of all the possible shots and develop a minimum of strategy, and the game will therefore be quite boring. The controls, as well as many variables of the game itself are also highly customizable to suit everyone. The title offers several game modes: Australian Open, Play Now (Quick Match), Career, Online and Competition. All modes offer a choice between single and double play, and each game can be customized to your liking to vary for example rules and duration. 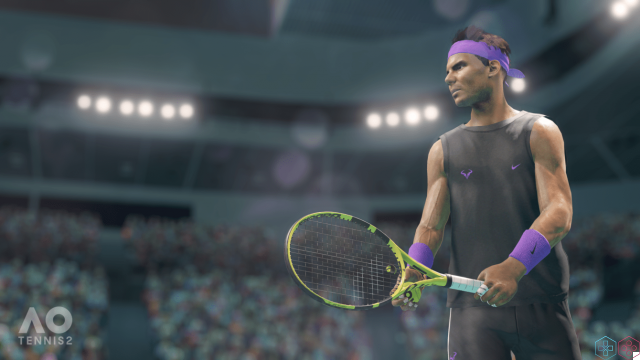 As in the first chapter the content editor is one of the greatest strengths of AO Tennis 2, giving the player the ability to create their own players, logos, stadiums and scenarios. The depth of the editor is nothing short of impressive, and the degree of customization of the characters exceeds that of many RPGs. To give an idea of ​​the infinity of customization possibilities, it is enough to say that they are there 14 settings for the eyes only. Another touch of class is the possibility of having one's surname pronounced in the news by choosing from a very long list, among which, however, inevitably appear mainly English surnames. 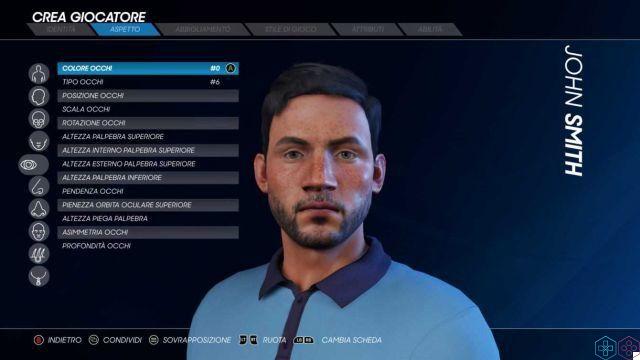 The Strength of the Community - AO Tennis 2 Review

One of the biggest advantages of AO Tennis 2 over its predecessor is that it already has it on hand nearly 2 years of community-created content. The acclaimed editor of AO International Tennis has in fact pushed the small but very active community of game enthusiasts to create content to be made available to other players, which they all remain compatible with the second chapter. You will then be able to find any player not included in the base game due to licenses, as well as stadiums and logos.

Australian Open Tennis 2 is a title that will give a lot of satisfaction to all tennis fans and not, with countless possible game variables, and consequently as many hours of play. With a very active community with an excellent content editor in hand, the game will continue to receive free content for years, which will not make you feel the lack of various licenses. There is still room for improvement, but the road taken by Big Ant Studios is certainly the right one.

Recall that AO Tennis 2, developed by Big Ant Studios and published by BigBen Interactive, is available on PC, PS4, Xbox One, and Nintendo Switch. For other reviews, news, guides and specials on the gaming world, go to the dedicated section on our site!

add a comment of AO Tennis 2 Review: We are on the right track!