Anthem Review: Breakthrough Game of the Year or Total Flop?

The most anticipated game of 2019 is almost upon us, but will it really be a game worth investing in or will it be yet another smoke without roast? Let's find out a few more details about Anthem in this review

The long-awaited and discussed game of BioWare, Anthem, now it's here. The wait was long and the hype created around the game only increased with every news that came. After a closed alpha of which it has not been possible to disclose anything and of the two betas, the game has arrived for the holders of theOrigin Access on February 15th. But how did the title behave in our hands? Will it be what was really expected or does a bitter taste remain in the mouth of an unexpressed potential? Let's start this PC version review and find out together.

It all began with theHymn of the Creators, which have shaped the whole world. The story that we will undertake sees us take on the role of one Specialist that, with his Strale (the wearable armor), it will sling into the Heart of Fury, a catastrophic event created by the improper use of the Hymn, to try to stop this cataclysm. From here begins a "long" journey that will culminate with the return to this place of destruction.

Although the story goes much deeper than this summarizes, surrounded by a lore that praises old heroes like Helena Tarsis and his team of spearmen, at the end of the day it all seems a mixture of elements already lived in other video games.

The main expectations for this title were in its gameplay. The flight system introduced is something spectacular and, at least from this point of view, the developers have done an excellent job. With the thrusters you can fly far and wide, unless they overheat. To overcome this problem, just fly through a waterfall, touch the water while flying or dive directly into it where possible. The system is also good "flight in the water”Which allows us to move in the various lakes, even if at reduced speed due to the friction of the same on our armor.

Although nothing can be said from this point of view, the first problems are glimpsed when it comes to combat. I am excellent various animations of hand-to-hand combat and the ability to use various powers (depending on the Javelin chosen), but the flight in this phase loses all its beauty. In fact, it will not be very useful to us, if not remaining stationary in midair. It is not possible to fly at full speed and attack our enemies at the same time. 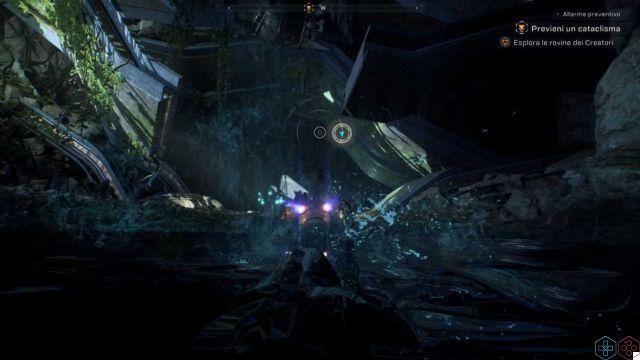 Another sore point and one that certainly leaves a very bad taste in the mouth is the fighting with the one who is the final boss. Although it must be the most powerful and therefore also the most resistant and demanding, the clash proved to be a real fiasco. All the various battles with the titans that populate the world have proved to be much more challenging and certainly more exciting.

The game in free mode. Although you can explore the whole map, complete by yourself (at least initially) a global event is almost impossible. In fact, they can access the map only 4 players at a time and since the latter is quite large, you hardly ever find it, much less do you manage to play as a team with many. It therefore turns out to be one totally useless if you don't have some friends to fly with, but you will need to use it to complete missions. 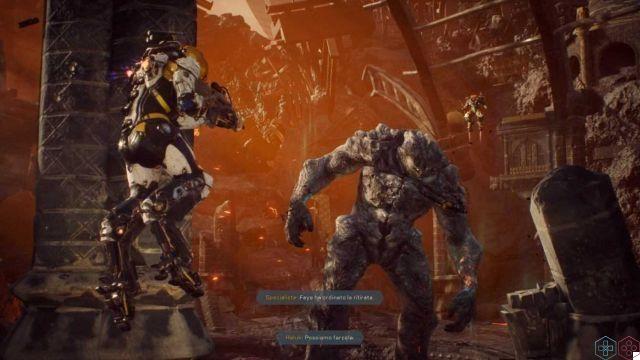 Absolutely noteworthy is the air limit which has been inserted into the world to not allow us to fly too high. In the lore of the game, everything was explained with four small and unconvincing words. This limit, delimited by a "wind" created by the Creators themselves, it will prevent us from reaching the highest points in the world of Anthem, preventing us from flying over the mountain ranges e forcing us to find passages through them to reach a neighboring region.

As soon as our first game starts there is only one word that can describe the graphics of the game, wonderful! And this word we will use every time we start each mission because we will be enchanted by this world reproduced with such attention to detail that it will almost seem real. There fluidity itself in the movements of our Javelin is something absolutely incredible. 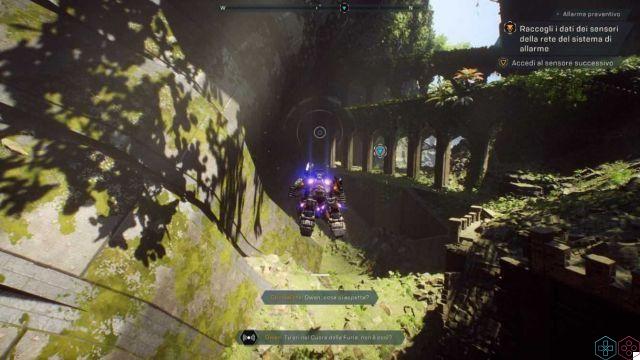 Moving on to the audio sector we can say that the sound was well cared for. The environmental noises and those of the thrusters of our Javelin are very realistic and everything has been optimized in an impeccable way to allow us to listen clearly the conversations between the characters as we fly over some waterfall or fall due to overheating of the engines. The soundtrack is also very convincing and gives that extra epic touch that never hurts.

The controls are smooth and very well managed. The character responds well to inputs, although for hand-to-hand combat it will take a few seconds before being able to launch a second attack (with the Storm Javelin). Surely such careful management of commands is essential for make everything faster and more dynamic and from this point of view the developers have not failed. 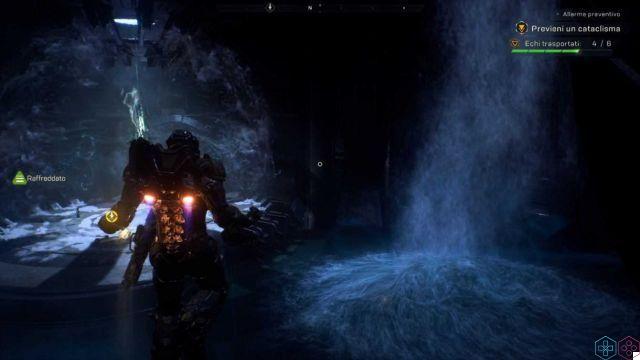 We have now reached the end of this Anthem review and it is time to draw some conclusions. Although the potential that this title has is really high, the whole thing is nullified by one already hackneyed history (which by the way does not even last long) and gives some small details that bring the fight back to a "human level". Me too'power implementation of the Javelin is something already seen (more precisely it is that of Destiny) and a choice with some tech or skill trees would have been more welcome. In this way each single javelin could have evolved in a diversified way, going to change the style and approach of combat. 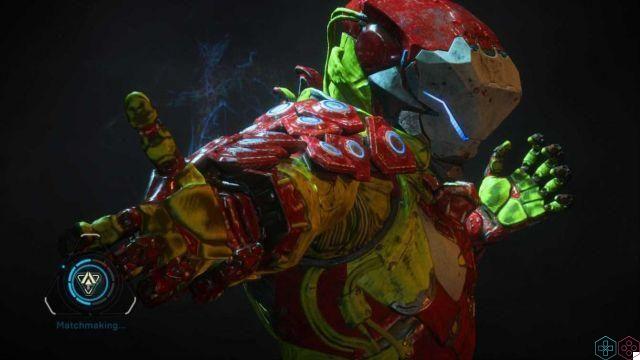 Looking at the technical sector it is certainly one of the best titles around, although many are still waiting an optimization that is still missing, making the game really heavy both during loading and during the game. We can conclude this review by saying that Anthem remains a good, dynamic and fun game that makes flying its real strength, although even this mechanic is slightly castrated by some unlikely limits, explained in a rather clumsy and ridiculous way. The intriguing lore behind it seems like an unreachable myth, but one main story so predictable goes to nullify what is now the legend to the Specialists.

What do you think of this game? Let us know yours. To not miss future reviews in the world of video games, keep following the pages of techigames!

add a comment of Anthem Review: Breakthrough Game of the Year or Total Flop?