Ancient Frontier presents itself as a pleasant strategy to play, but certainly not without flaws. Let's find out more in this review

After Bladestar, Fair Weather Studios comes back with a turn-based strategy sci-fi with role-playing elements. The first thing you notice after the first few hours of playing Ancient Fronter it is definitely one depth of gameplay unexpected and excellent care regarding the details of the spacecraft that we will find ourselves in charge. 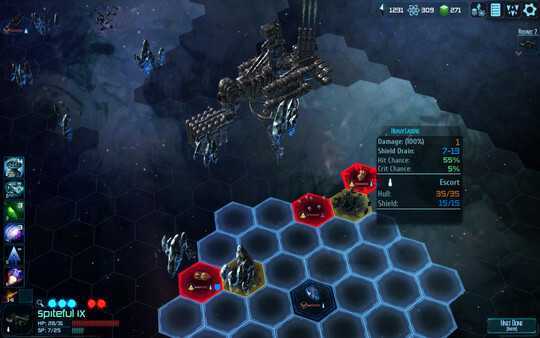 Ancient Frontier: the dawn of humanity

According to the plot of the title, humanity in an ancient past was on the verge of extinction. From this apocalyptic chaos emerged a mystical order called "Technocrats“, The inventions of the latter made humanity reborn“ as new ”on Mars and, under their wing and theirs leadership, humanity flourishes.

The Technocrats managed to discover the journey interstellare and the stars became the new target of humanity, a new golden age began.

In the game situation that we will face there will be three factions, two of which (HFSF and Corporate Mining station) allies against what are called space pirates (or Fringers living in the shadow of sensors robbing the unsuspecting).

The plot is explained through dialogue sections written and dubbed, before each mission.

In the main menu there is also a section dedicated to lore of the game. 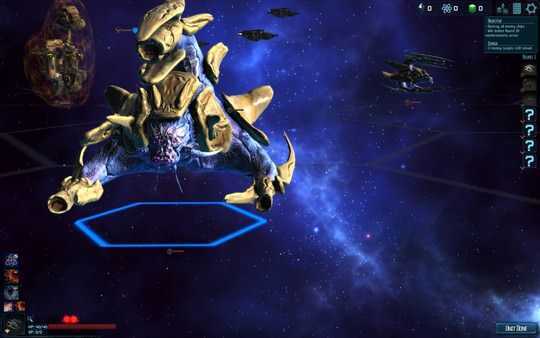 in 12 galaxies that we will find ourselves crossing we will have to collect numerous materials to expand our fleet or unlock new technologies to modify our spaceships.


One of the strengths of the title is precisely the high customization of our ships, starting with the name, which will make us feel as if we are really in command of our own fleet. All this will give us the opportunity to study numerous tactics to be implemented during the game.

The main flaw of Ancient Frontier is the mechanics "Initiative”Which, unlike other turn-based strategists, chooses so random which shuttles to move first, both for our fleet and for the AI; in doing so the game breaks the strategic part of the title a bit by inserting the random factor of luck.

Another defect are the covers in battle which are practically absent or reduced to clusters of asteroids located in the area of ​​the encounter.


Ancient Frontier, passion and dedication but ...

Summing up Ancient frontier is a good title fruit of passion and a lot of dedication on the part of the development team, the flaws remain in some parts of the gameplay and graphically the title does not appear to be much, despite the great care put into the spacecraft and their customization.

The soundtrack is pleasant to hear and fits the game perfectly.

The price is great for the content offered by the title and for its longevity, which hovers around the 20 hours.

Ancient frontier is available from 21 September on Steam at the price of € 22,99.

add a comment of Ancient Frontier Review: The Dawn of Humanity