Ancient board games - thousands of years of challenges

Yes, board games already existed among the ancients: continue reading to go and rediscover the great-grandparents' grandparents

Archeology is a subject for true ancient history buffs. But Indiana Joneses all over the world find not only bones, scrolls, tombs and vases, sometimes even ancient board games. Through inscriptions in dead languages ​​they have managed to deduce the rules, or similar, if they have not been handed down from century to century. Here are some of the most famous ancient board games, many of them for two challengers. All these are achievable at home with a little good dexterity in woodworking, or even using paper, pen and pebbles.

Senet - Ancient board games, from Egypt 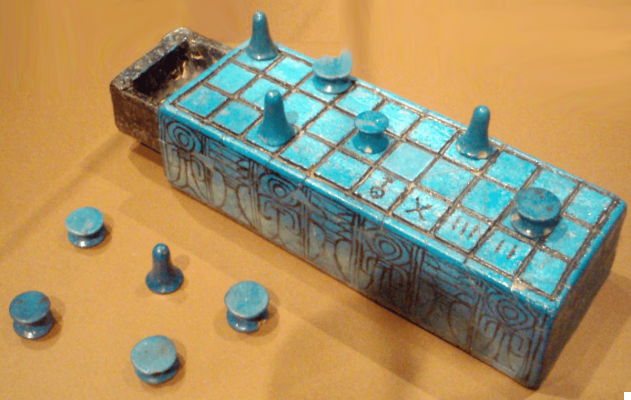 The Senet is presented as a board whose real rules are ignored: the most accepted ones are the work of the translation by Timothy Kendall and RC Bell. Originally played by the pharaohs (XNUMXth - XNUMXth century BC), the Senet then became a game for everyone, assuming a religious significance, of passage to the afterlife: the fate after death was put into play by the deceased against Destiny. In the Egyptian tombs, boards of Senet were found, left there so that the dead could take them with them.

Royal Game of Ur - Ancient board games, from Mesopotamia 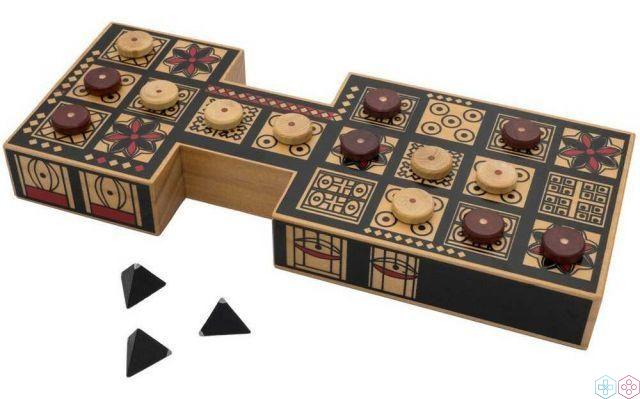 Found in the 20s of the twentieth century and dated between 2400 and 2600 years before Christ, the tablets of Ur occupy 8 × 3 boxes, to which two outer boxes are cut on each of the long sides. The interior is hollow, to store the game components: 14 pieces, seven per player, and tetrahedral dice. The tablets of Ur have different decorations, but they keep unchanged some flower-shaped boxes in the same positions.

Dogs and Jackals - Ancient board games, again from Egypt 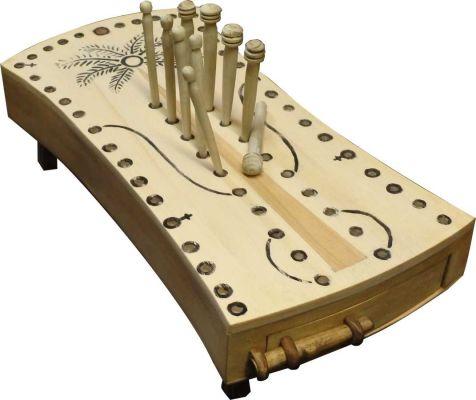 It is a game of path and chance. The board is in the shape of a piece of furniture, with animal paws as legs. They are normally carved from ivory and feature 58 holes, plus a drawer that holds five dog-headed and five jackal-headed wands. Chopsticks go into holes, as do pawns that move along a path. Dogs and Jackals can be dated to the Middle Kingdom (about 2000 - 1600 BC). 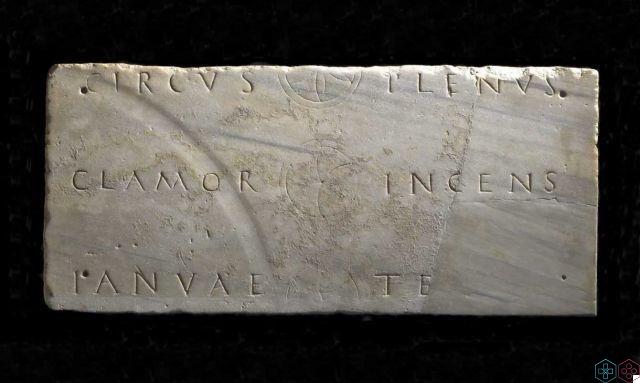 The ancient Romans played a lot, we have received an infinite number of pastimes of the time, street games, with animals (even cruel) and even table games. While waiting for the meal in the tabernae, the ancient Romans fooled time by playing Duodecim Scriptorum, composed of a series of words engraved in the marble of the tabulae lusoriae, dedicated to it.. Even today there are engravings such as:

always made up of three rows of twelve letters. Each letter was like a square on which to move one's pieces.

If we think about it, Duodecim Scriptorum was the progenitor of Backgammon!

Some manufacturers have decided to rebuild and market these board games, usually in wood, taking advantage of the curiosity towards these rules ... Very, very vintage!

Board games and speculation: between ethics and profit ❯