The real-time strategy market has been saturated for some time, but 8-Bit Armies has arrived to shake it up a bit, offering simple gameplay, clean graphics and retro music. Let's find out together in the review!

The genre led by titles such as StarCraft, WarCraft, Command & Conquer is certainly not the most appreciated by the masses, much less full of news for quite some time now. So Tedesco and Petroglyph Games released on April 22, 2016 for Microsoft Windows only 8-Bit Armies, a real-time strategy game with super-simple gameplay and pixelated graphics; on September 21, 2018 the game in question was officially released also for Xbox One and PS4 both in physical and digital copy: let's see together if the C&C in 8-Bit managed to surprise us in its PS4 version! 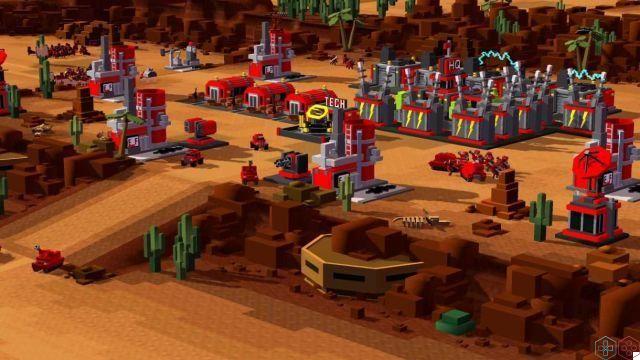 In 8-Bit Armies we have two single player campaigns with a total of 40 missions. The difference between the two single-player campaigns available is that in one we will play the troops of the Guardians, while in the other the Forsaken, the classic two factions that represent the good and the bad. The two groups differ in the different units and facilities available. Before the initial mission, a very short mini-tutorial will be available, which we recommend you to follow, which teaches you the basics of the game. In this video game the gameplay is very easy to learn, so forget the complexity of the titles mentioned above and cutlery, paper and pen or smartphone to mark the procedures!

The campaigns will contain a series of very similar missions that they will keep you busy for about 15 hours. These missions vary in some details such as, for example: “Destroy the Headquarters (s)”, “Stay Alive for 20 Minutes”, thus offering a somewhat subdued campaign. Both campaigns will lead to the unlocking of all the various structures available to the two factions, therefore also of the various units.


In this game there are: one co-op mode similar to the campaigns mentioned above, but playable with friends for a total of 15 missions, a mode called "Skirmish" where it is possible to fight against the AI ​​in the various maps available and the Multiplayer up to a maximum of 6 players. 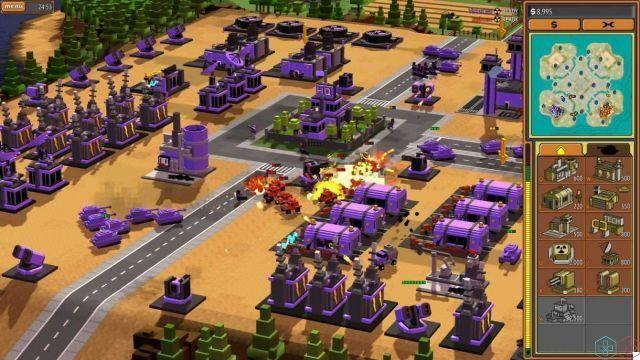 8-Bit Armies: to make the wagon, you need the… | Review

As we previously mentioned, various structures are available in 8-Bit Armies that unlock different units. Initially we will have a Headquarters from which we can only build the refinery. The refinery will generate a vehicle that will collect money from the various stations around the map and bring it back, representing the only form of income in the game. After the refinery it will be possible to build the power plant that is used to generate electricity. If the electricity is scarce, all the structures will go into black-out. Also after the refinery we could build the barracks: the latter will be used to generate the troops, until all structures and units are unlocked.

The guys from Petroglyph Games have been able to adapt the controls of a purely PC game on consoles sufficiently well. With the pad we are able to execute all the commands within the limit, however, of the possibilities of a joypad. The idea of ​​entrusting the troops to one of the three front buttons (square / X, circle / B or triangle / Y) is very nice; let me explain better: when we go to generate the troops, we can combine them with one of the three keys mentioned above, in this way we could manage separately, for example, the land units from those via air and so on. This can give rise to beautiful tactical actions such as, for example, attacking the opponent HQ from two different sides or having some troops stop in our HQ to protect it!

8-Bit Armies is a simple and straightforward strategy game that doesn't try to complicate the gameplay but at the same time it ensures that each unit has its own purpose (for example, the infantry is the only one that can open the Bonus Chests, useful for obtaining extra troops and armaments). Even the management of the terrain does not require too advanced tactics as it will often be enough to exploit the raised surfaces to observe the enemies, while remaining hidden from their view. Furthermore, this game goes against those who take too long to build a base, as only one structure can be built at a time: organization and an aggressive approach are the best choice in most cases. They are additions that give the gameplay, which is very simple and not very dynamic, an extra sprint, making it more enjoyable.

One downside is, of course, mobility, given that with the pad it is difficult to move the camera easily around the map, moreover the pointer is not so evident in some phases of the game, such as, for example, in the choice of units or structures to be placed. Another negative point goes to the command system in the most chaotic moments, since you have the impression of not having the situation under control having to press too many keys in rapid succession. 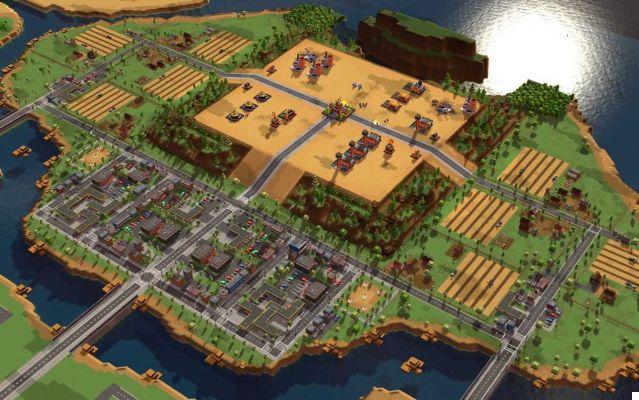 The graphic department of 8-Bit Armies is simple and enjoyable, but sadly it is plagued with many bugs. Minecraft has cleared the "pixelated cubes" style for some time and 8-Bit Armies manages to welcome this legacy and evolve it to create its own identity in a simple and clean way. The water and the lava are very reminiscent of Lego bricks and there are dynamic shadows, objects that move with the force of the wind or that are knocked down with the passage of tanks! As mentioned previously, however, the graphics sector is plagued by numerous bugs: the flickering of props or troops, the loading of missed game areas, dashed stripes that indicate the path of the troops interpenetrated with the ground and a drop in FPS full-bodied in some phases of the game. That's pretty bad, since we're not talking about The Witcher 3: Wild Hunt or similar graphics, but basic graphics that must at least be well optimized.


As for the sound sector, the music is really nice and combines a Rock sound with some typical sounds of old cabinets, creating a pleasant atmosphere. The game voice is only available in English, but it doesn't matter much, as it will only communicate to the player certain events that will happen in the match, so it's negligible. All menus and the guide have a really well done Spanish translation! 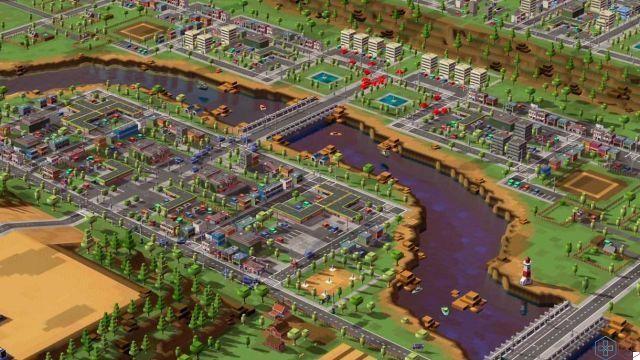 Unfortunately, the 8-Bit Armies campaign is a bit repetitive and could be boring in the long run, in our opinion the funniest part is in the multiplayer: unfortunately we could not try it due to lack of players in these first days. In addition, the graphics bugs and FPS drops, made us turn up our noses a bit and hope that it will be better optimized through some patches!

add a comment of 8-Bit Armies review: the real-time strategy